CONFIDENT Craig Gordon believes champions Celtic will be difficult to stop this season.

Brendan Rodgers’ side continued their unbeaten start to the domestic campaign by setting up a Betfred League Cup Final meeting against Aberdeen on November 27.

The Hoops, with a game in hand on nearest challengers Dons, are looking to at least maintain their four-point lead in the Premiership when they face Ross County in Dingwall tomorrow night.
With 34 goals in 11 league and Cup-ties, the Parkhead men are looking a formidable force in Scotland. 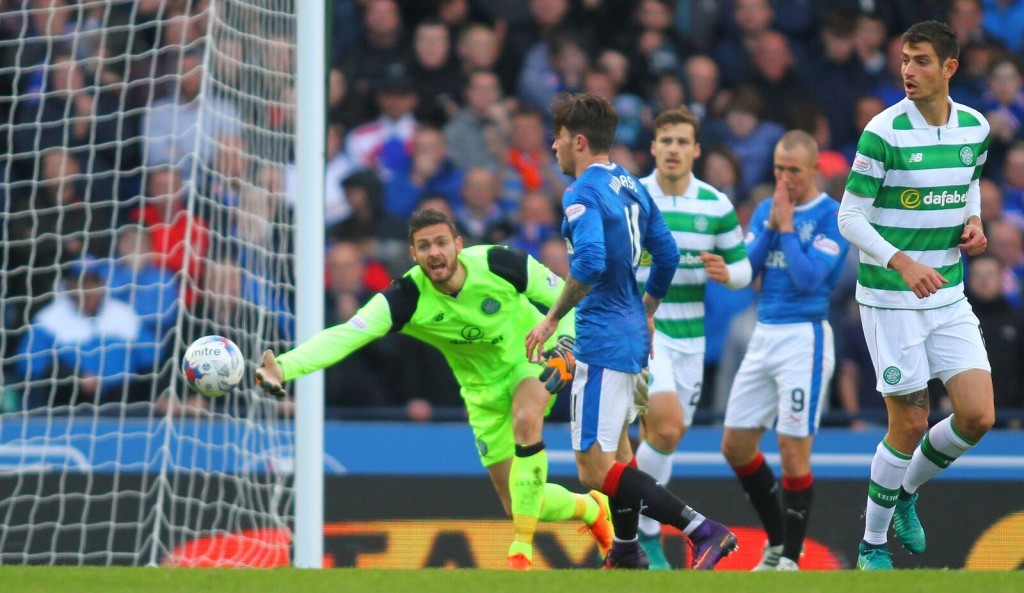 Gordon, who has won back the goalkeeper’s spot from Dorus de Vries, said: “We can be dominant when we’re on our game, but it’s up to us to keep that intensity level up high.
“If we do that, then we have the skills in the team to blow teams away at times.
“We’ve got goals from all over the park and if we can continue to do that then we’re going to take a lot of stopping.”
Celtic’s early-season form has prompted talk of a potential treble. Ex-boss Ronny Deila made it a priority as he aimed to join Jock Stein and Martin O’Neill as the only two Hoops gaffers to manage the feat.
However, a controversial Scottish Cup semi-final defeat against Inverness Caley Thistle in his first season scuppered that ambition.
Gordon added: “It’s not been done very often. We have got ourselves to one Cup Final and the other competition has not even started yet, so that’s one for the future.”