STEPHEN WELSH, who was forced to come off in the second-half of Celtic’s 1-0 Premier Sports League Cup semi-final win over St Johnstone on Saturday, WILL be fit for this evening Europa League game.

It was believed the central defender may have to miss the crucial confrontation against Bayer Leverkusen after being floored by Shaun Rooney’s flying elbow at Hampden, but he has made a full recovery and will be available for selection.

Welsh’s team-mates Australian midfielder Tom Rogic, Swedish centre-back Carl Starfelt and Greek striker Giorgos Giakoumakis are not so fortunate ahead of the meeting against the Bundesliga cracks at the BayArena in the vitally important Group G meeting which could go a long way to setting up a winner-takes-all clash with Real Betis at Parkhead in a fortnight’s time. 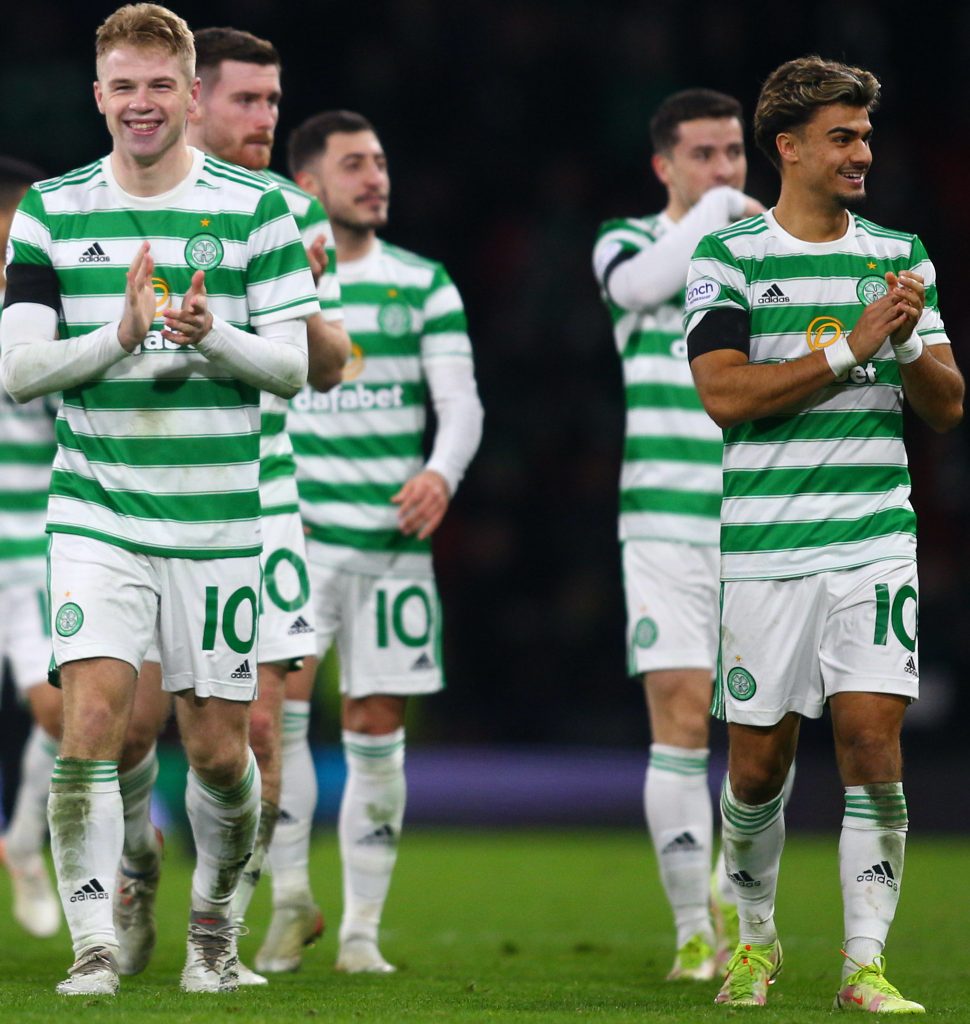 ALL SMILES…Stephen Welsh joins in with his Celtic team-mates as they applaud the fans at Hampden following the 1-0 win over St Johnstone.

Boss Ange Postecoglou, speaking to the Daily Record, confirmed: “Welshy has trained okay. He got a decent whack on his cheekbone, but he’s all good.

“Tommy is the closest of the three, but probably the weekend is more likely. Carl’s a couple of days behind him, so he might be midweek next week.

“Giakoumakis’ knee is still giving some problems after that knock, so we are going to get that looked at again.

“He’s definitely out. It’s nothing too serious, but it’s something that is concerning him.”

* DON’T miss the unbeatable match report from Bayer Leverkusen v Celtic this evening – only in your champion CQN.