MOHAMED ELYOUNOUSSI is adamant Celtic are going to ENJOY their clash with high-scoring Paris Saint-Germain tomorrow evening in the French capital.

The European giants have gone goal crazy in their previous two warm-up games with a 9-0 romp against Le Havre and a 7-0 rout of Belgian outfit Waasland-Beveren.

Now the Hoops are in their sights as they prepare for the domestic Cup Final against St Etienne on Friday and Champions League meetings with the Italian shock squad of Atalanta next month. 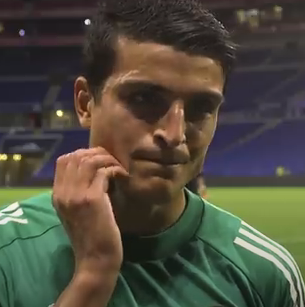 Elyounoussi, who agreed another season-long loan from Southampton, scored a superb solo goal in the 2-1 loss in Lyon on Saturday night after some good service from James Forrest.

The Norwegian international left-sided raider was lively during his half-hour of action and he is ready to go at the Parc des Princes tomorrow.

Elyounoussi, speaking to Celtic TV, said: “It’s been a good week of training and these two games have been good for us, as well. There are a lot of positive things to take out of here, and now we go again on Tuesday.

“Against Lyon, we wanted to press high, get on the ball and be brave on the ball, so I think we did that. We played well between the lines and the goal showed it. It was brilliant from Jamesy, so it was a good test for us and it’s going to be even tougher against PSG.

“We have to be on our toes, and it’s going to make us prepare for the season ahead, which is under a couple of weeks now, so we’re going to enjoy it.

“These 30 minutes went too quick, and I’m looking forward to hopefully getting more minutes against PSG, so we can get ready for the season.

“They should be at the top of their form,. It’s going to be a good test for us. We have to be sharp and we’re looking forward to it.”