NIR BITTON believes the formula for success in Celtic’s double bid is simple: Carry on winning!

The classy Israeli midfield performer reckons the 3-1 success over Motherwell was the perfect launch pad for the Scottish Cup semi-final at Hampden on Sunday.

Bitton sampled the Glasgow derby atmosphere last season when he played in the one-sided League Cup semi-final which was settled in the first-half with goals from Leigh Griffiths and Kris Commons. 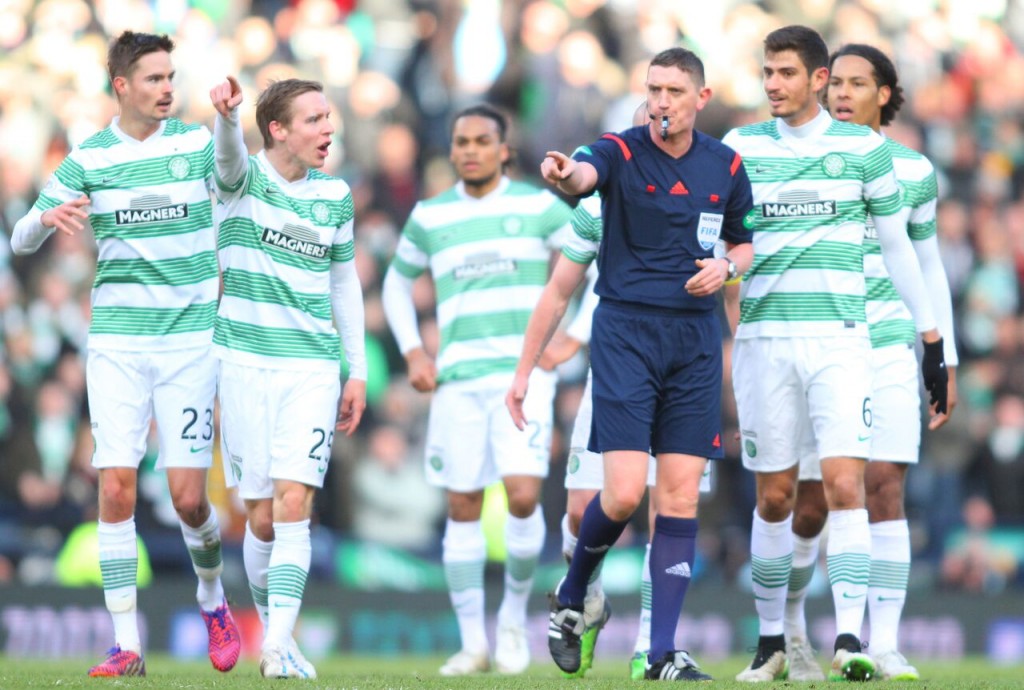 Now he is looking for an action replay as the Hoops close in on the league and Cup double.

He said: “It’s a big game and every player in the world wants to play in these types of matches.

“Everyone at the club is looking forward to it and we want to finish the season with a double.

“We are in a very good position. We are in a good place right now and we just want to keep going and win as much as we can.

“Hopefully, we can get into the Cup Final and finish with the two trophies.”

Looking back at the victory at Fir Park, he added: “We knew if we won the match we would be eight points clear and we would put Aberdeen under a lot of pressure.

“We could have scored four or five in the first-half, but this is football and we conceded to make it 1-1. The most important thing, though, was that we got the three points.

“Every game in the Scottish league is tough, especially away from home, but it was just vital that we won.”

Earlier in the week the MSM attempted to disrupt Celtic ahead of the semi final with a story that Nir Bitton would be off in the summer because he’d stated that playing for less successful teams in the English Premier League isn’t as appealing as staying at Celtic.