Celtic Quick News on News Now
You are at:Home»Latest News»‘WE’RE IN IT TO WIN IT,’ VOWS LENNY
By CQN Magazine on 19th February 2020 Latest News

NEIL LENNON has revealed he won’t get too excited about the Europa League until Celtic reach the quarter-finals.

The Hoops boss is preparing his players for tomorrow night’s first leg of the last-32 encounter against FC Copenhagen in the Danish capital which has a 5.55pm kick-off.

There is no way Lennon will underestimate the champions of Denmark, but he is confident his team will get the positive result required to finish the job under the lights in the east of Glasgow a week tomorrow.

The Hoops gaffer recalls the fervour and excitement when Martin O’Neill’s side reached the UEFA Cup Final in Seville in 2003 and the Irishman reckons that if his team can negotiate the next couple of rounds, then they can start to believe they can go all the way. 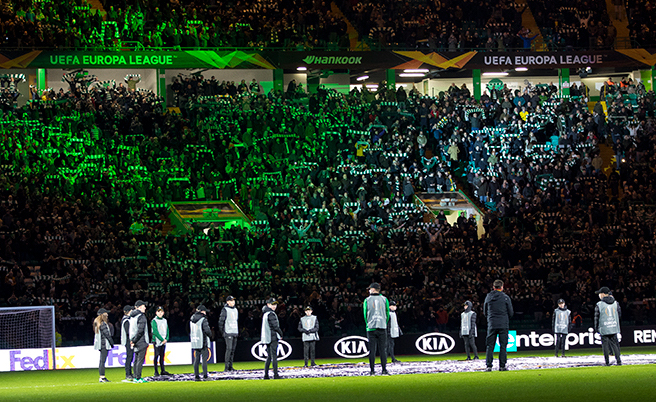 Lennon, speaking to the Evening Times, said: “We are in it to win it. You want to make your reputation in Europe, as well.

“There is so much going on all around us. We can’t take our eye off anything or let our foot slide from the pedal.

“We will have a chat about things before the game and see how we go about it.”

Asked if would be an achievement just to reach the last 16 of the competition, Lennon responded: “Yeah, it would be nice. But I wouldn’t be jumping through hoops about it. It’s when you start looking at the quarter-finals that you start to get really excited.

“But let’s try to negotiate Copenhagen first and take it from there.

“It’s like the League Cup or one of the domestic Cup competitions. The juices really start flowing when you get closer to the Final. 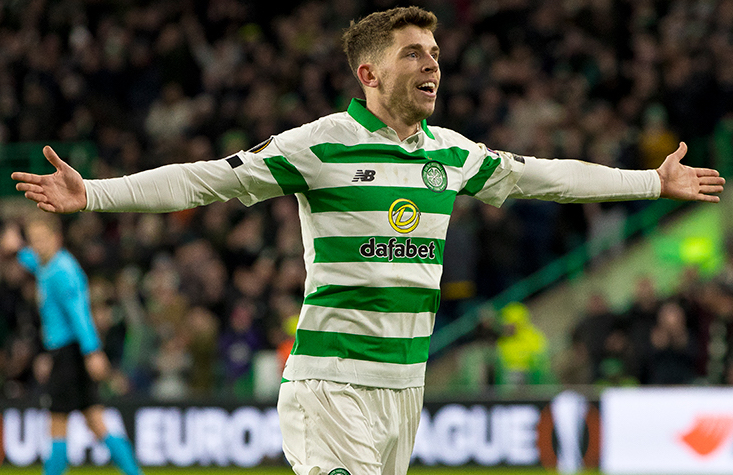 GOOD CHRISTIE…Celtic playmaker Charlie Christie celebrates his goal in the 3-1 win over Rennes in November.

“That was always the way I looked at it as a player. That’s how I remember the Seville year. We had some cracking ties and this is another cracking tie, as well.

“It’s one for the players to look forward to without the extra pressure of any domestic expectations weighing down on them.”

Lennon warned against even a hint of complacency among his players and added: “I certainly wouldn’t underestimate them. Copenhagen have a good pedigree in Europe, whether it is the Champions League or the UEFA or Europa competitions.

“They have produced some very good players over the years, so we are not taking the game lightly, that’s for sure.”