Celtic Quick News on News Now
You are at:Home»Latest News»‘WE’RE LEGENDS LIKE THE LIONS,’ CALMAC
By CQN Magazine on 20th May 2018 Latest News

CELTIC craftsman Callum McGregor reckons Brendan Rodgers’ class of 2018 are legends like the Lisbon Lions after sealing the double treble.

The Hoops became the first side in Scottish football history to achieve successive clean sweeps after overcoming Motherwell 2-0 in the Scottish Cup Final yesterday.

McGregor set them on their way with a breathtaking strike in the 11th minute and he insisted the current team will go down in history after following up their Invincible season with another treble.

The midfield playmaker said: “You hear the word legend and it’s all about the Lions at Celtic.

“People still talk about that team and what an achievement it was to win the European Cup in 1967.

“Now to think you’ll be in the same bracket as them for guys such as myself and Kieran Tierney – who grew up watching Celtic – is something special.” 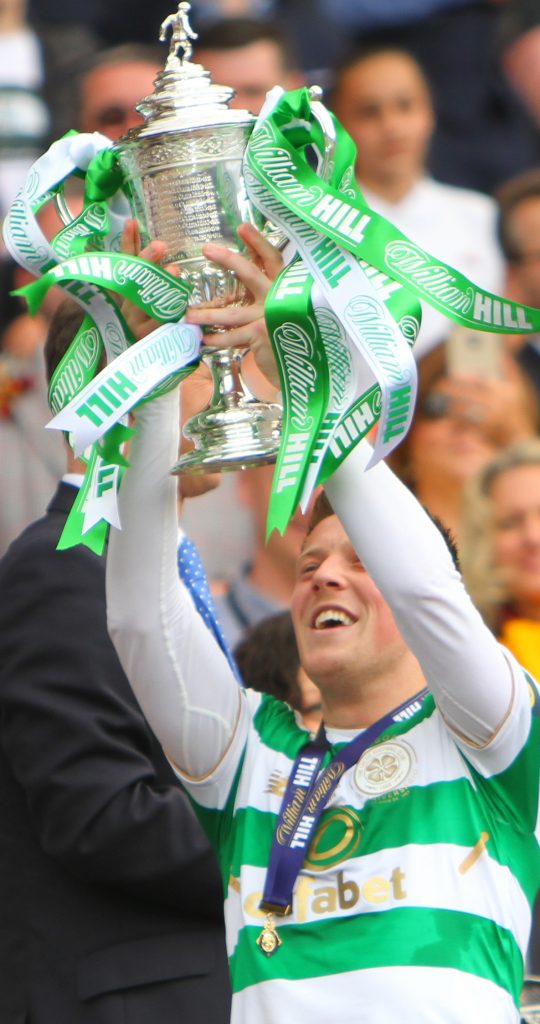