Celtic Quick News on News Now
You are at:Home»Latest News»‘WE’RE NOT TAKING ANYTHING FOR GRANTED,’ BOSS
By CQN Magazine on 18th March 2019 Latest News

The teams are due to meet at Parkhead on March 31 and the Govan gaffer will take his players across Glasgow trailing the seven-in-a-row champions by a massive TEN points.

Gerrard’s faltering team drew 1-1 with Kilmarnock in Glasgow on Saturday only four days after being knocked out of the Scottish Cup in the quarter-final replay by Aberdeen who now meet the Hoops in next month’s intriguing semi-final at Hampden.

Looking at the double-digit advantage, Lennon, speaking to the Evening Times, said: “We’re not taking anything for granted, but it’s significant. Psychologically, it’s huge.

“Is there a bit less pressure going into the Rangers game? Yes. I think so. It means we don’t have to win it. Ideally, we would love to win it and get over the line as quickly as possible. But all the onus is on the other teams around us.

“The gap between first and second now is bigger than second and third – and that’s significant for us.”

The Ibrox side, who also shed two points in their recent 1-1 stalemate against Lennon’s old club Hibs at Easter Road, could also face even more bad news with the champions likely to have a stronger squad available to the interim manager. 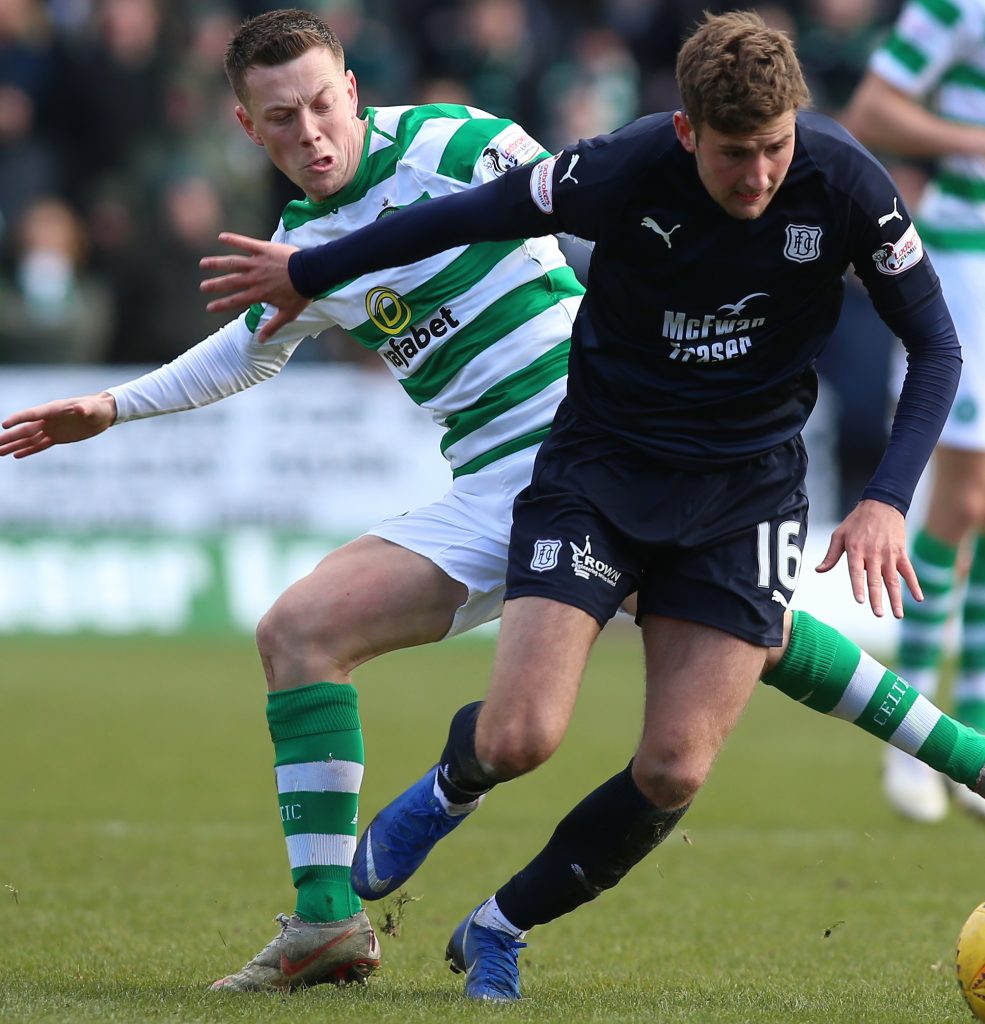 Filip Benkovic made his first appearance since the end of January at Dens Park yesterday when he came off the bench for the concussed Kristoffer Ajer while Callum McGregor played his first 90 minutes following a four-game absence with his last outing coming in the 1-0 loss to Valencia in the Mestalla last month.

The crocked double-act of Tom Rogic and Olivier Ntcham are expected to be back inside a fortnight and Nir Bitton, after three comeback games, sat out the Tayside triumph with a slight problem, but is expected to be okay.

Dedryck Boyata, who sustained a knock in the goalless draw against Aberdeen, will also be available for selection. It looks as though Lennon will have a full squad, with the exception of Ryan Christie, from which to choose his line=up against Gerrard’s visitors.

Lennon added: “It’s brilliant. Callum’s been out for three weeks and he’s played the 90 minutes, which we did not plan on doing. But needs must.

“Kris got concussion and Filip came on and he was excellent. That gives me a lot of encouragement. Getting Ntcham and Rogic back on the pitch, hopefully, and Dedryk should be okay.

“We are starting to look stronger because we were stretched. It gives me options, but it will give me another headache!”