JAMES FORREST insists Celtic are equipped to face up to their toughest-ever Champions League qualifying tests.

Remarkably, when the Scotland international winger initially broke through the Hoops only had to negotiate ONE round of qualifiers.

Now Brendan Rodgers’ men have to get through FOUR hurdles and EIGHT games to reach the group stages – beginning with a trip to Armenia to face Alashkert on Tuesday.

Forrest said: “I remember when we had to play one qualifying round and we were the seeded team.

“Ever since in the Champions League we’ve had to play more and more games, but we can’t do anything about it.

“It’s really difficult. We’ve got a few weeks training and some pre-season friendlies and we are bang into the hardest games of the season. 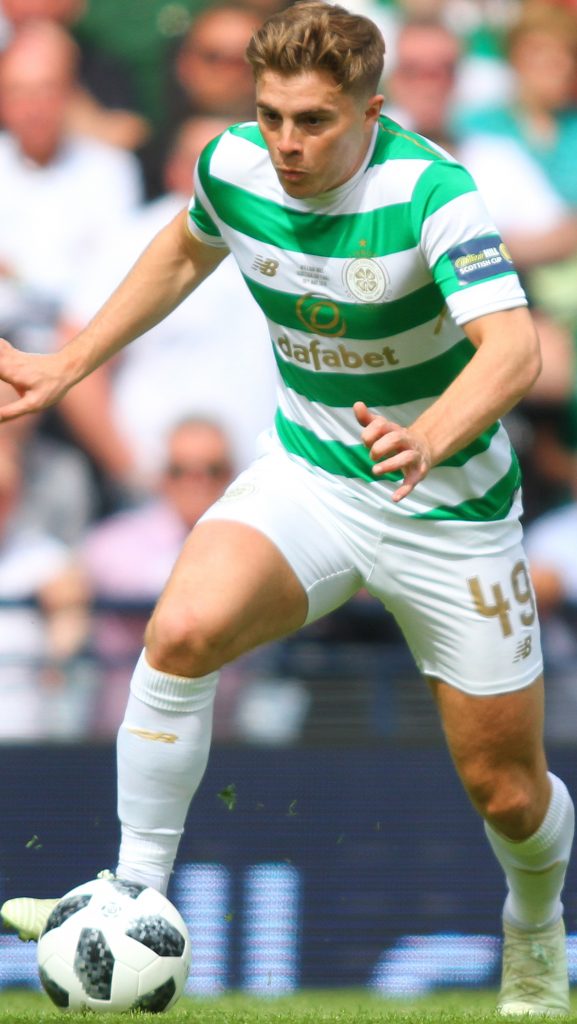 “We’re going to Armenia and playing teams we haven’t played against before, so it is hard.

“We have that extra qualifying round this year, so the boss is preparing everybody for it and we can’t moan about it.

“If we want to get back in it we have to make sure we are at it from the start.”

Forrest, 26, has scored crucial goals in qualifiers with winners against Shakhter Karagandy in Neil Lennon’s era to the strike that sank Rosenborg a year ago.

He added: “The last two years have been unbelievable but the boss is big on high standards.

“At a big club like Celtic, you need to be doing it every year. The first season with the gaffer was great and last season was even better for me.

“Is there room for improvement? The gaffer will say that for everyone. You thrive on doing better and when you win trophies you can’t just rest there because everyone wants to stop you and you need to raise your game.

“The manager is big on the forward players working hard, but in the final third he lets you do your own thing. He looks for goals and assists from us to stay in the side.

“In the last two years we’ve won every domestic trophy we’ve been in, so we just want to keep doing that.

“There’s nothing better than winning with Celtic – that’s what I want to do for as long as I can.”