ANGE POSTECOGLOU has vowed to carry on rebuilding as he looks forward to the fresh challenges of a second campaign in charge of Celtic.

The Greek-Australian has brought in SEVENTEEN recruits in two transfer windows in his massive shake-up of player personnel and it’s clear he still feels the need to continue the revamp.

First up, though, Postecoglou is focused completely on making certain the club do not falter in their bid to win their tenth title in 11 years, starting with this afternoon’s clash against Ross County in Dingwall.

The Hoops can restore their six-point advantage with a win over Malky Mackay’s rejuvenated club which will leave four games to play, including a visit to Parkhead a week today by Giovanni van Bronckhorst’s Ibrox outfit. 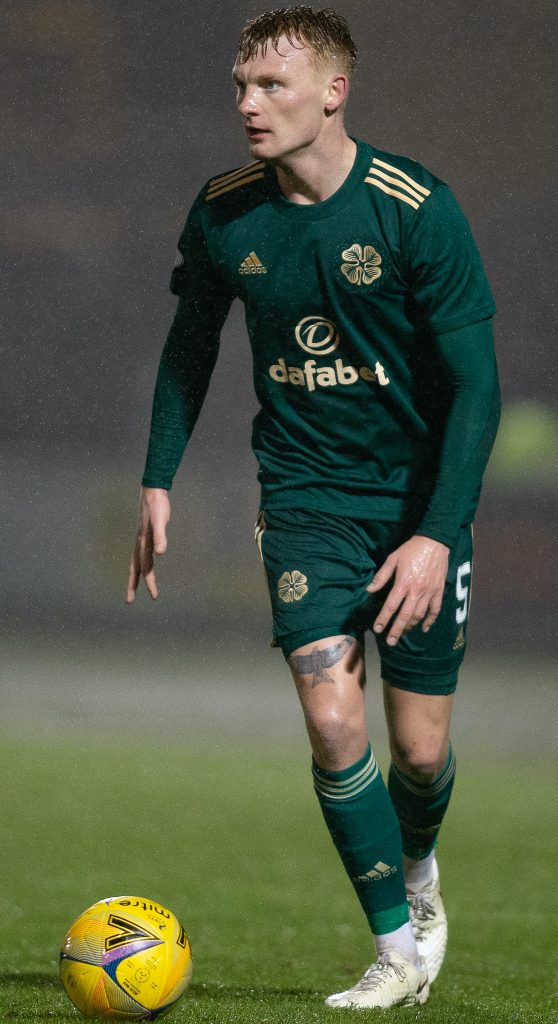 ON THE BALL…Liam Scales in action against St Mirren in Paisley in December.

Postecoglou has reinstated Republic of Ireland defender Liam Scales, a £600,000 signing from Shamrock Rovers in August, to his squad for today’s 2.30pm kick-off in the Highlands – but he admitted the left-back position is one he will be looking at in the summer.

The versatile 23-year-old stopper had made 13 appearances before February, but hasn’t featured since the Europa Conference League defeat to Bodo/Glimt in the Arctic Circle.

Postecoglou, speaking to the Sunday Mail, said: “Liam is fine, he’s training well, but sometimes in terms of team balance, he hasn’t made the bench. However, he is available.

“There are still a few areas we need to look at. We’re still rebuilding and I want us to be stronger next year in terms of quality in the squad.

“We’re in a better place than we were 12 months ago, but we still have to strengthen and that’s what we’ll do.”