Celtic Quick News on News Now
You are at:Home»Latest News»‘WE’VE GOT TARGETS ON OUR BACK,’ ADMITS SINCLAIR
By CQN Magazine on 26th August 2018 Latest News

SCOTT SINCLAIR has admitted the challenges faced by Celtic are relentless.

The Hoops attacker hopes to play akey role in the team’s three successive games at Parkhead. starting this afternoon in the Premiership against Hamilton Accies, the return Europa League qualifier against FK Suduva on Thursday and the visit of Steven Gerrard’s Ibrox side a week today.

Sinclair said: “Every game now, no matter who it’s against, is always tough. For us, as a team, it seems even harder this season than the last couple to break down opponents.

“We know we need to start well and we need to be on our game every single weekend and against every team we come up against.

“That hasn’t come as a surprise to us. We expected as much. When you win, you naturally have a target on your back and teams raise their game against you.

“That’s something you have to take in your stride when you play for Celtic and all the boys in the team are capable of doing that.” 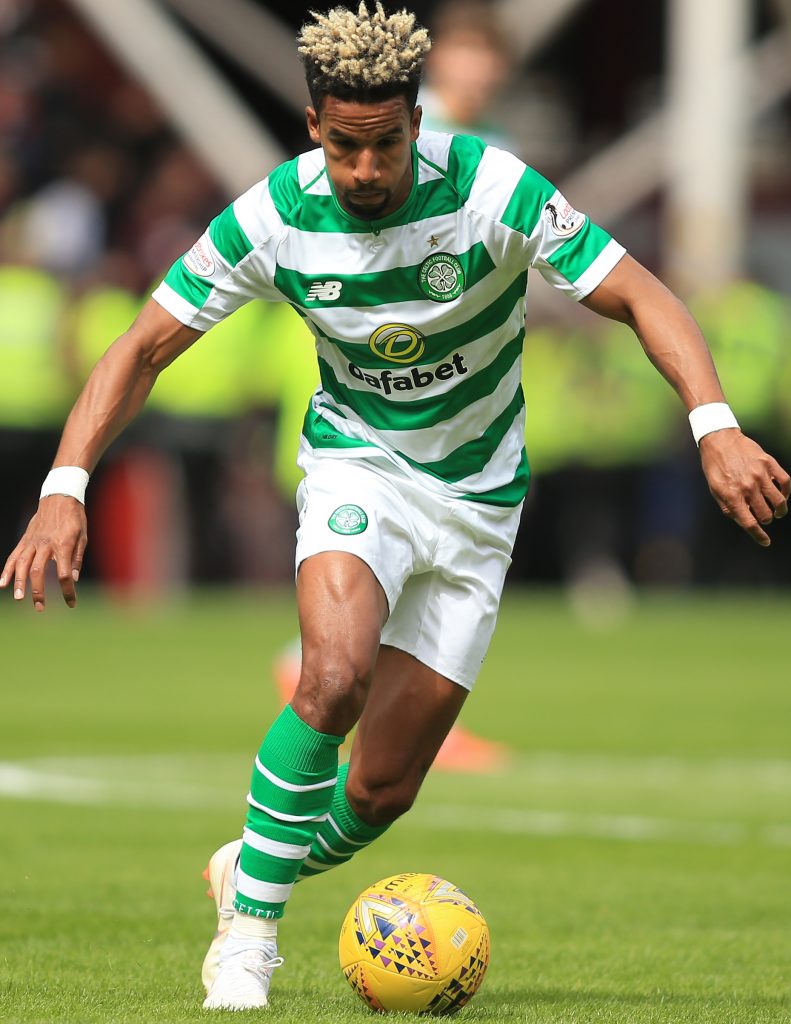 BALL BHOY…Scott Sinclair is up and running and raring to go. Pic: Geo.

Sinclair, who fired in 25 goals in his first season at the club following his £4.5million move from Aston Villa in August 2016, added: “What this keeps coming back to is momentum.

“What’s important is how we respond to those difficult situations. We’ve reacted in the right way so far. It’s important that we keep that up and build momentum for the games ahead.

“There are so many games, so we have to be up there and at it in every game. That’s not easy, but this squad is capable of doing that.

“We’ve shown that in the past and I’m confident that we’ll show that again in the upcoming games and during the rest of the season.

“That way of thinking is embedded throughout the whole squad. Everyone here wants to win and we all know how strong this squad is, so everyone is always fighting for a place.

“The success that comes with playing at Celtic is something we all strive for. We enjoy it and we want to keep being successful.

“Each day we give 100 per cent in training and we keep grinding on.”

* Sinclair was speaking to the Celtic matchday programme.