Celtic Quick News on News Now
You are at:Home»Football Matters»‘WHAT THE HELL DO WE CARE,’ LUSTIG
By CQN Magazine on 23rd February 2017 Football Matters
SWEDISH defender Mikael Lustig has revealed that setting records in Celtic history is not high in the thoughts of the Hoops players.
The champions face Hamilton Accies at Parkhead on Saturday afternoon and are going for their 21st consecutive league triumph.
Brendan Rodgers’ side are closing in on the current record of 25 league wins on the bounce by Martin O’Neill’s outfit in 2003/04.

Lustig, though, admitted in this week’s Celtic View that he and his team-mates are calm about the prospect of penning their names into club folklore.

The classy right-back said: “The confidence we have now is great – to play 31 games domestically and win 30 of them proves we’re really strong. 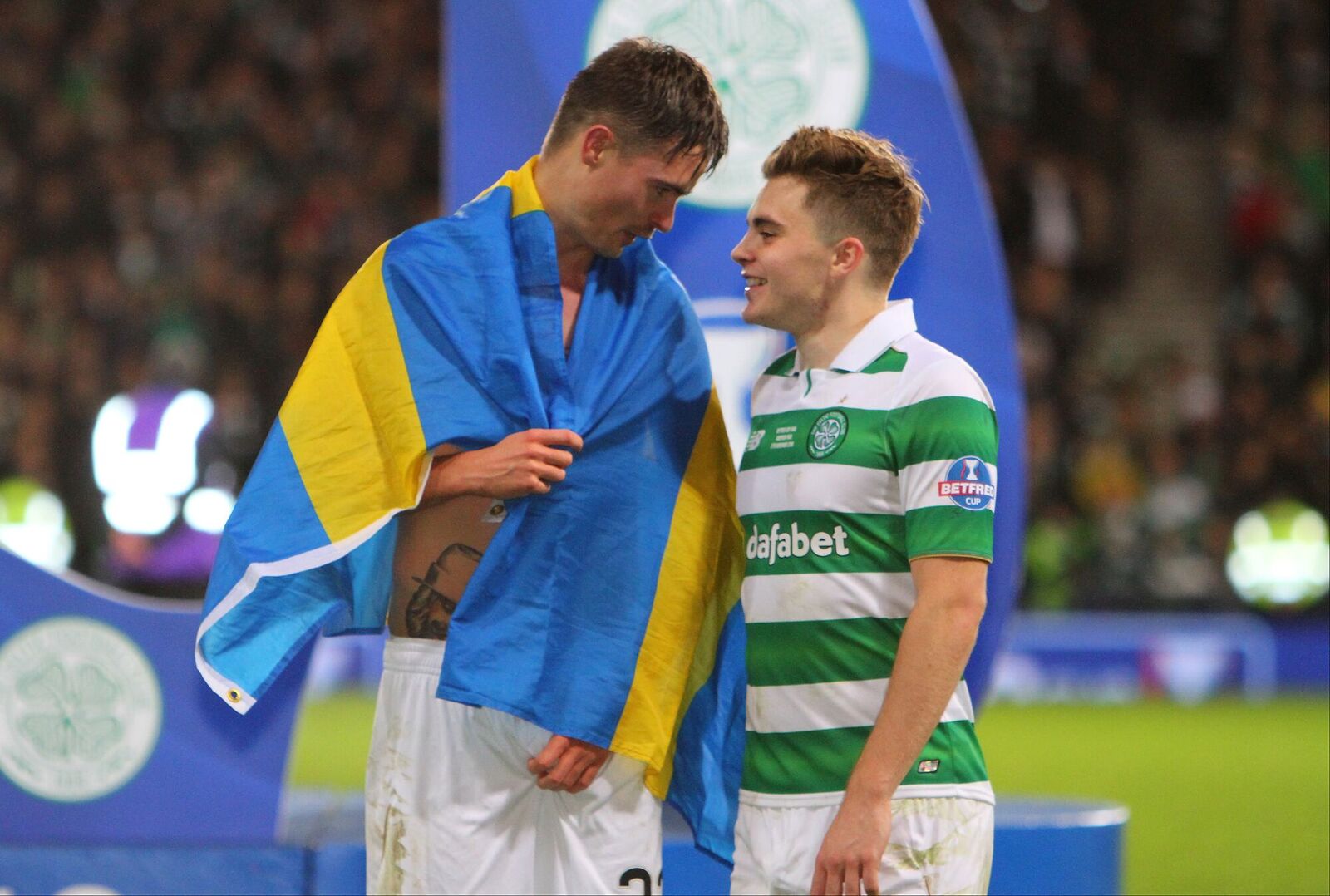 “When you’re playing football and winning games, you don’t think too much about it. You’re just coming in and having good banter and everything seems perfect.

“We just come in and work really hard in training and really enjoy that to get better and improve – and that’s probably why we’re still on a great run.

“We got some new players in who have brought quality, but most of the guys feel they’re playing better this year than before.

“Football is all about confidence and when you have it, it looks easy.

“You know you have to push yourself all the time and it is definitely easier to come into a team that is high in confidence and winning games.”

Lustig also praised the contribution of 27-goal striker Moussa Dembele.
He added: “The most surprising thing is that even if he is not involved or maybe not having the best game, he’ll pop up and score a hat-trick and that just shows his quality.
“It looks like he’s played for a long time – he loves scoring goals and wants to keep developing as a player, so, hopefully, we can keep him for as long as possible.”
TWO great Celtic books for the  price of one, plus both are signed by former Celtic skipper Andy Lynch and Celtic legend Charlie Gallagher!! Offer is exclusively available at www.cqnbookstore.com, simply purchase Hoops Stars and Stripes and you will automatically receive both books! Cost is £14.99 plus p & p.