BRENDAN RODGERS is not interested in any talk of a Sevco Rangers revival.

The Celtic boss, preparing his team for tomorrow’s clash at Ibrox, insisted the quality of opposition must be considered when assessing the recent free-scoring run by Graeme Murty’s side.

Rodgers will aim for a fourth successive win in Govan to extend the champions’ lead at the top of the Premiership to nine points with a game in hand.

Apparently, confidence has grown among the opposition’s support and Murty added to the optimism when he revealed his players had roared with delight when they were paired with the holders in next month’s Scottish Cup semi-final.

Rodgers, however, remains unperturbed and said: “I am not one to look over the fence and see what the neighbour has.

“It is irrelevant here.

“We have to do our own work. They obviously feel really confident, but we have been there before. For me, the focus is on ourselves.

“Graeme has done a very good job in stabilising the team and going for a more British core.

“He has brought in one or two players who are going to work and a couple who are supporters of the club. That always means that little bit more.

“He has then got a stable set-up when everyone is fit and has done very well.

“You can’t ignore that, but it is not a worry. You concentrate on your own work and see where it takes you.”

However, Rodgers takes more interest in the 2-1 home defeat from Hibs that preceded that run.

He added: “It should be a fantastic game because they’re in decent form, even though (a lot of) the goals they’ve scored have come against Championship teams, with all due respect.

“The one game of theirs I watched which gave a true measure was the Hibs game, against a team which plays with a good speed and intensity and aggression.

“That was a good measure of them at that level and it will be equally tough for us, but we can only control our own efforts and our own game.

“It’s important not to trap the players with the pressure. Playing for Celtic, there’s pressure in every game; we know that and we know there are consequences in every game we play.

“But I don’t worry so much about it and, in particular, not about this game. We want to win it, but, for Rangers (sic), there’s probably a need to win it and that’s a totally different psychology in the game. 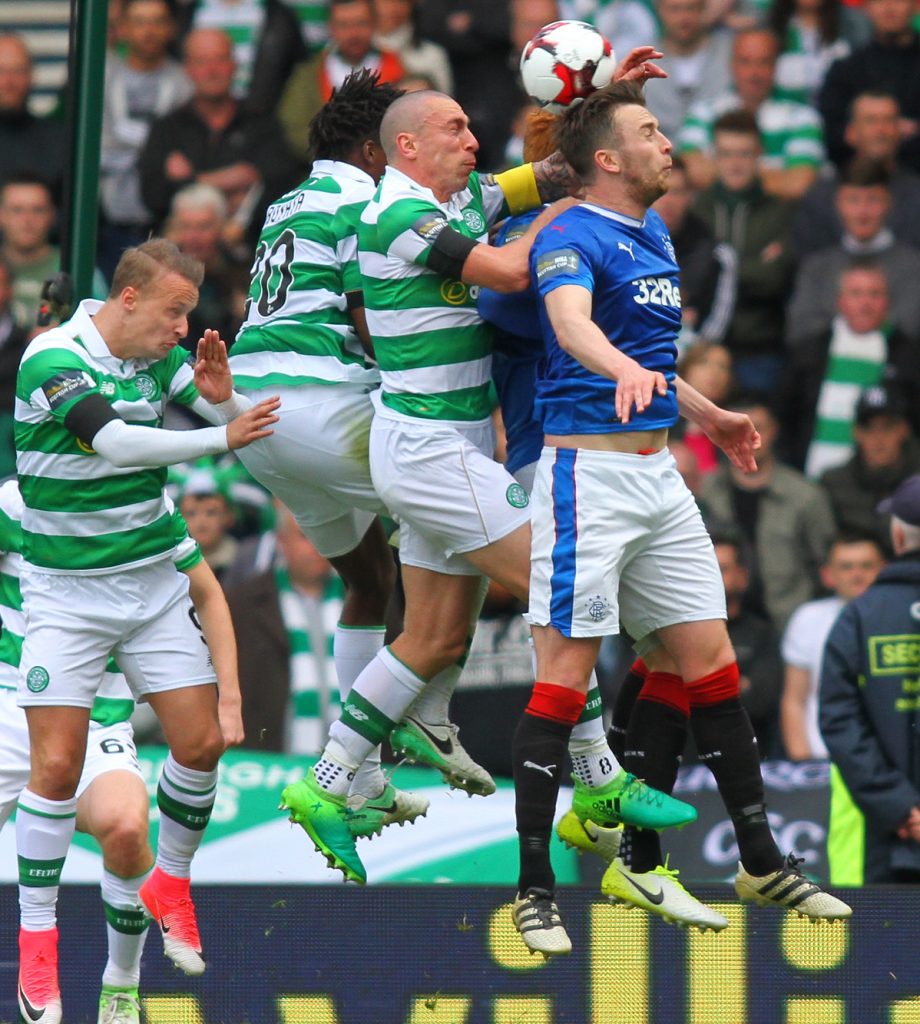 “So, I’ve always tried to ensure that, when it comes to the big games, we’re entirely focused on our own performance and that we ignore the emotional hype around these occasions.

“But you still have to play well to win them and we aim to do that.

“It’s not a defining game, but, of course, it is a real opportunity for us to extend the lead, with that game in hand.

‘Also, it’s a wonderful opportunity to show again that we are a good side. We have been judged a lot this year on our brilliant standard of last season. Whereas this season, I think we have been very good at times.

“We will always look to improve, that is the drive we have.

“But in these kinds of games, when the challenges are presented to us, like when we came back (from Russia) to play Aberdeen, we have always stood up to those challenges.”