OLIVER BURKE reckons he has discovered Paradise at Celtic.

The 21-year-old Scotland international attacker arrived last month on a loan deal from Championship side West Brom that will keep him at the champions for the remainder of the campaign.

Burke, though, has hinted fairly strongly he would be more than delighted to stay at the Hoops beyond the season’s completion.

The powerful youngster has already totalled almost £30million in transfer fees in his travels from Nottingham Forest to Bundesliga outfit RB Leipzig and then back to the Midlands with the Hawthorns club.

Burke’s return to English football in August 2017 has been a frustrating one which has seen him sidelined for lengthy periods while the club lost their Premier League status last year.

But the exciting raider has revealed he has found happiness again in the east end of Glasgow and hopes to get the opportunity to play a part in the club’s bid for an unprecedented treble treble and an EIGHTH successive Premiership crown. 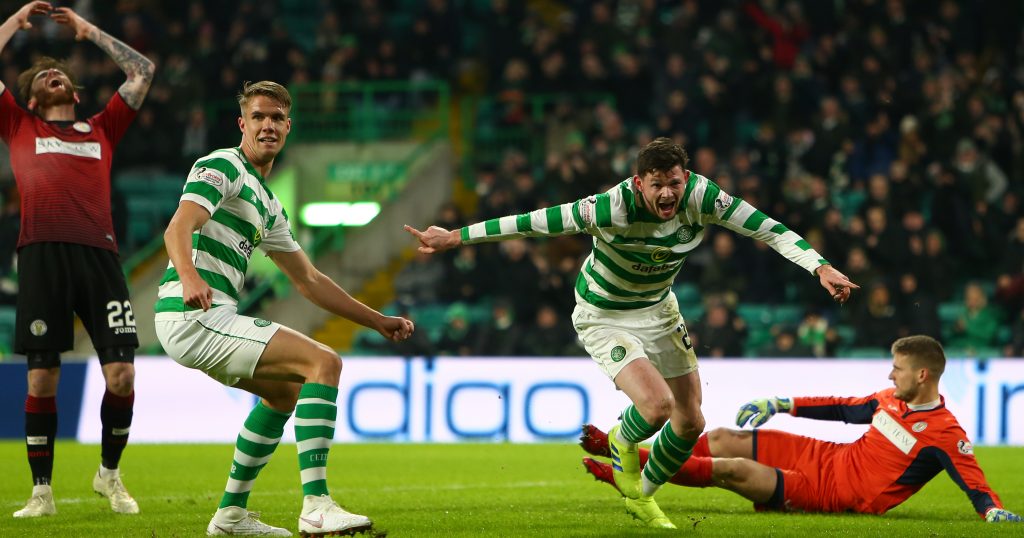 He said: “I’ve experienced different opportunities and countries and it’s been fun, but I want to be settled and find a club where I’m happy and enjoying my football. I got sick of the whole moving around thing.

“I know this is a loan at the moment, it’s going really great, so we’ll see what happens.

“I’m enjoying myself at Celtic, I really like it here. I think it’s a great club with great team-mates who have made me feel welcome.

“Not only that, we’re doing really well and creating a chemistry that’s working. Long may it continue.

“I’m just a happier boy now that I’m playing football. Every day, I’m happy and I’m getting up really excited to come in and train and see the boys.

“It’s been a really big boost for me after being starved of football for a while now.

“Before I came here, getting up in the morning you think you have an opportunity and you give 110 per cent every day and try to impress, but you feel like it’s just not quite enough. That whatever you do won’t really matter, whether that’s on the training pitch or how you do in the game when you come on as an impact sub.

“To be back enjoying myself, getting results and being part of a winning team is an amazing feeling. I’m privileged and proud to be here.

“I hope it continues and I keep getting the opportunities to learn and get better.”

The pacy Burke, who scored his first goals for the Hoops with a double in the 4-0 Premiership win over St Mirren last month, added: “Right now I’m just focusing on day to day. I don’t want to look too far ahead because sometimes decisions can be taken out of your hands.

“But I’m really happy here and if I’m enjoying my football then I want to stay.
“It’s obviously an amazing club to be at, the fans are great, we have a great manager, so what’s not to love?”