The Greek-Australian boss is poised to extend Celtic’s advantage at the league’s summit to nine points as he prepares for the visit of Giovanni van Bronckhorst’s Ibrox club at noon today.

Postecoglou has been hitting all the right notes so far since arriving last summer as Neil Lennon’s long-term successor following the collpase of the three-month quest for former Bournemouth gaffer Eddie Howe. 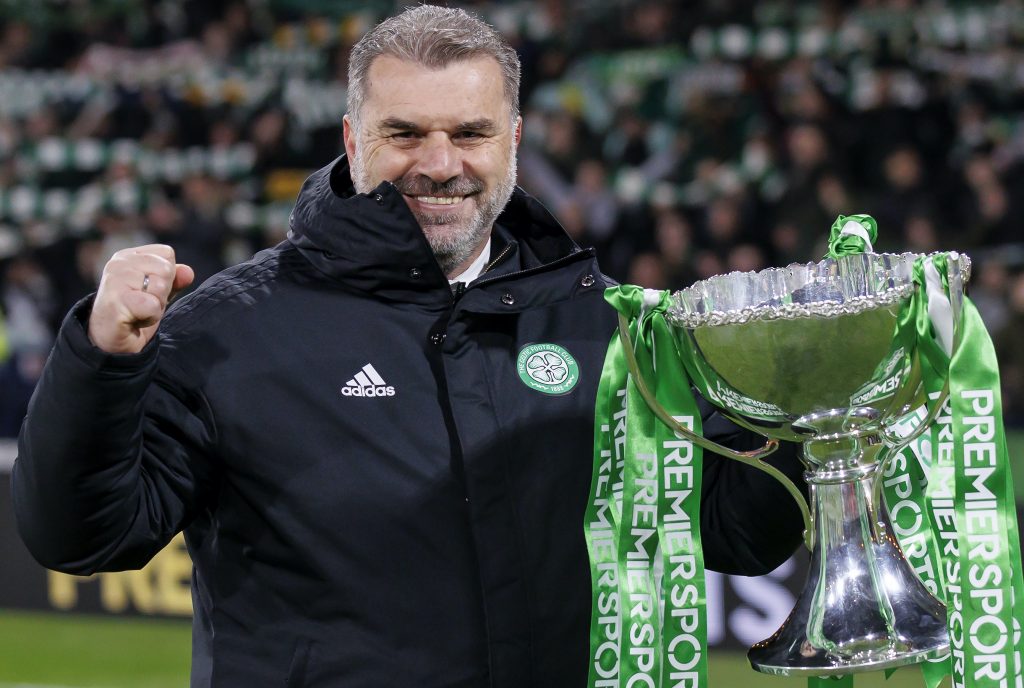 Peter Lawwell, in his last act as the club’s chief executive before leaving at the end of June, ditched interest in the Englishman to turn his attention to the 56-year-old former Australia World Cup gaffer.

It was a rocky start for the new man with three defeats – at Tynecastle, Ibrox and Livingston – in his first six league outings, but he is now making sweet music after steadying the ship and guiding them through some stormy water.

The supporters have been massively impressed – none more so than rock superstar Rod Stewart.

Postecoglou has admitted a surprise meeting with the massive Hoops fan who was at Hampden last month and is likely to be in his usual seat in the stand for this afternoon’s crucial encounter. 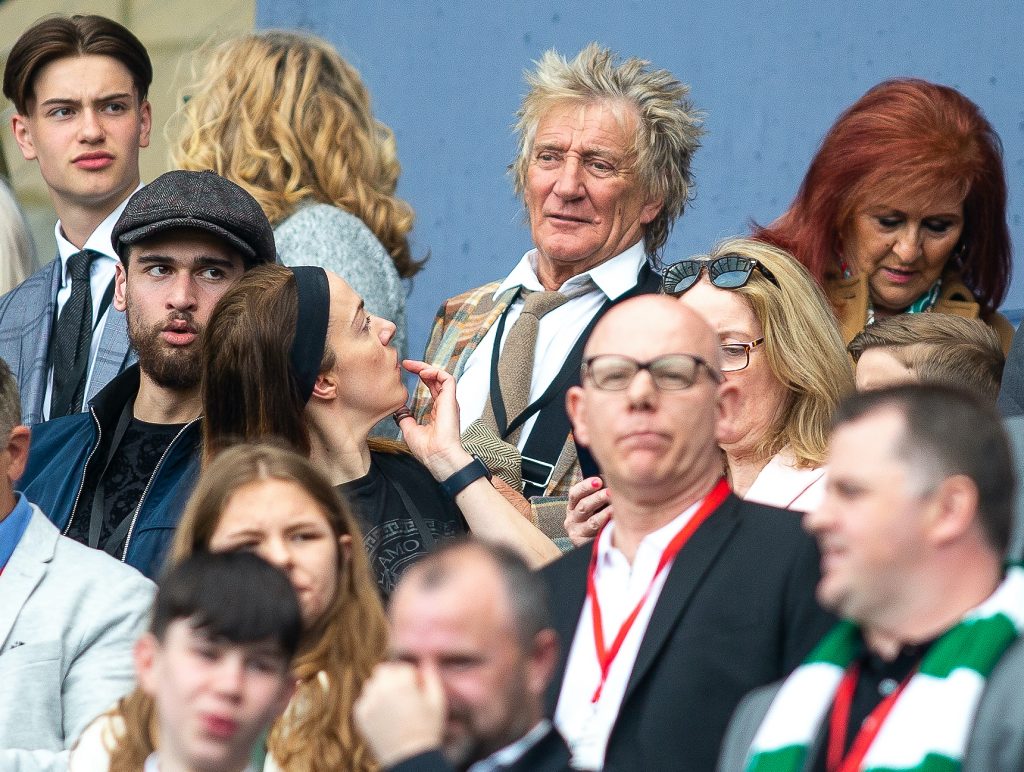 WE ARE SUPPORTING…Rod Stewart in the Hampden crowd for last month’s Scottish Cup semi-final.

The revelation came when the Celtic chief was asked on ABC TV’s Offsiders programme about how he feels about supporters using his name in their own version of the Wham! song ‘Last Christmas’.

“It’s all a bit surreal. But I think before one of the recent games I had a knock at my door and Rod Stewart came in and gave me a hug. And that shows you things change!”

One thing is certain, a sell-out Celtic Park is certain to be rocking at noon today.