Celtic Quick News on News Now
You are at:Home»Football Matters»WHEN LENNY MET BRENDAN – AND AMIDO BALDE WAS THE STAR OF THE SHOW!
By CQN Magazine on 30th September 2017 Football Matters

NEIL LENNON 1, BRENDAN RODGERS 0. That’s the scoreline from the managers’ only dug-out clash in the past.

“And the former Celtic boss will be hoping it is a good omen when he takes his Hibs team to Parkhead this afternoon to face the champions.

“The solitary meeting came on Saturday, August 10, 2013 at the Aviva Stadium in Dublin when Lennon was in charge of the Hoops and Rodgers led Liverpool as the coaches prepared for the new season. 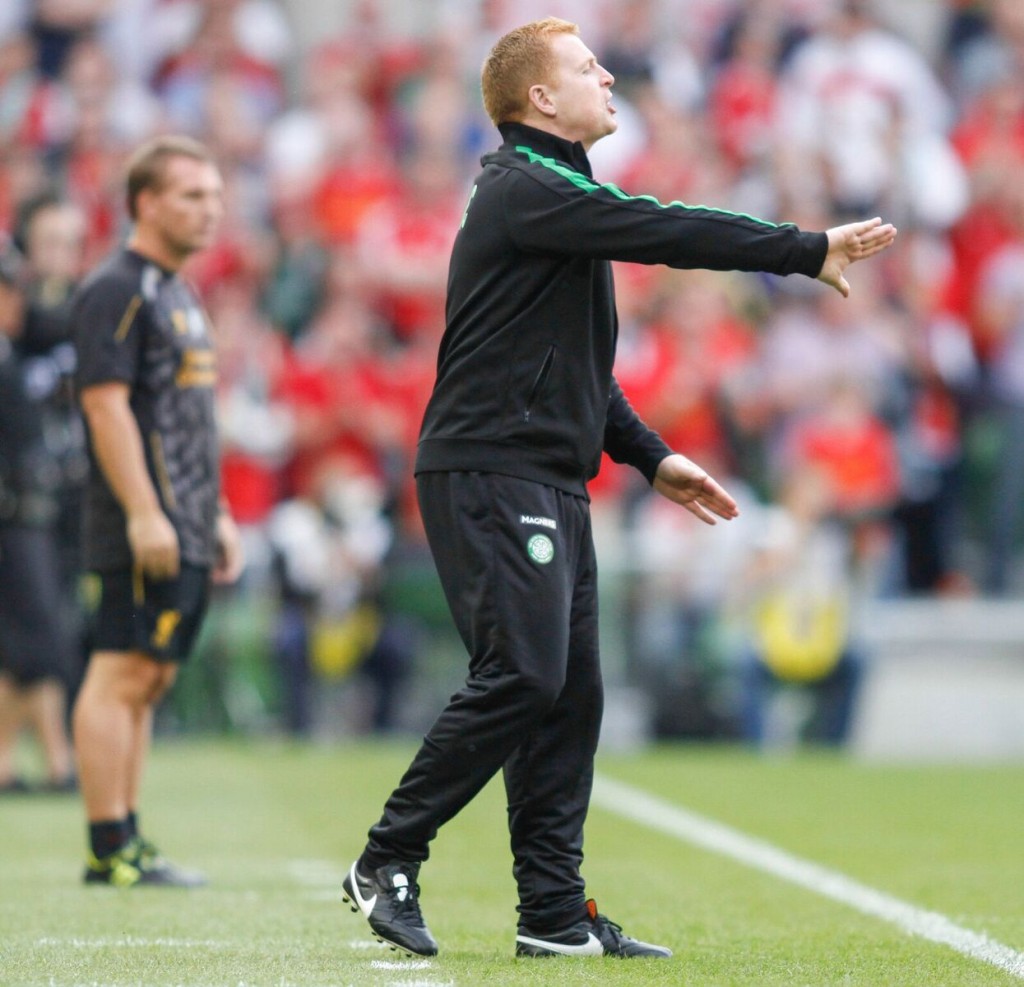 A 12th-minute strike from Amido Balde gave the Parkhead side victory in front of a 51,700 capacity crowd.

Remarkably, Mikael Lustig and Liam Henderson, a late substitute, are the only players remaining at the Scottish champions from the EIGHTEEN stripped for action that day.

Afterwards, Lennon raved about the potential of matchwinner Balde, 22, who had cost £1.8million from Portuguese outfit Vitoria Guimaraes in the summer.

He said: “He has done very well. He is unfortunate not to have started some more competitive games, but we want to ease him into it.

”There is a hunger about him. He has been an excellent acquisition to the squad. 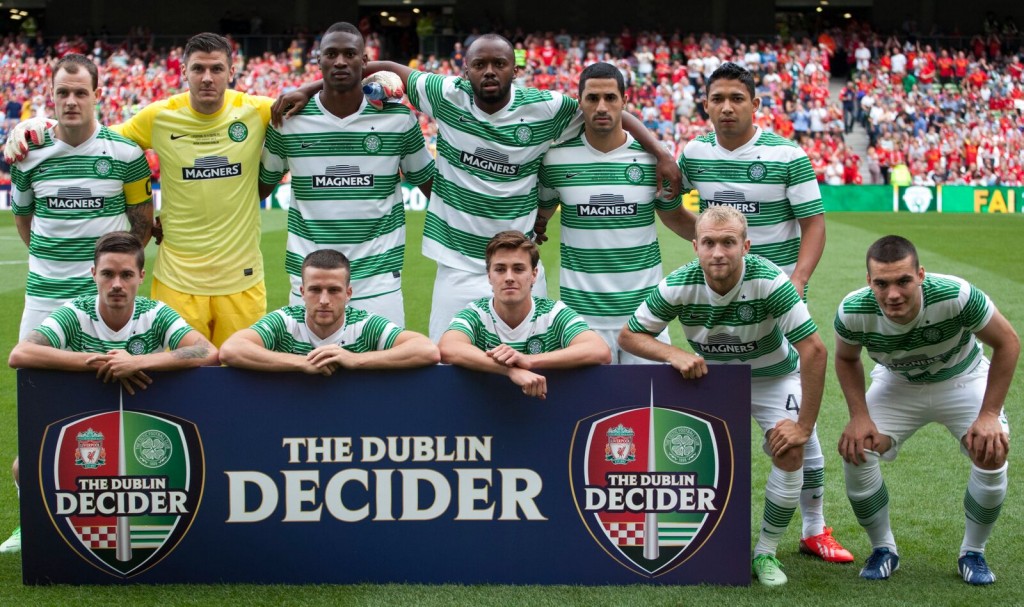 “He is a different type of player to what we’ve had. We’ve not had that physical presence since John Hartson and Chris Sutton and sometimes you need that when pitches get rough in the winter.

“He is raw, we know that, and he has a lot of work to do, but he has some great attributes.’’

Unfortunately, the cumbersome frontman, originally from Guinea-Bissau, didn’t live up to Lennon’s expectations.

He scored only three goals in 24 competitive appearances and, following loan spells at Waasland-Beveren and Hapoel Tel Aviv where he scored one goal in a total of 26 games for the clubs, his contract was ripped up with two years remaining.

Balde, after flop campaigns with Metz and Maritimo, is now on loan at Portuguese minnows CD Tondela who play at a 5,000 capacity ground.

Back then, Anfield gaffer Rodgers had been concerned with the antics of Luis Suarez. He had ordered the controversial Uruguayan to say sorry in the wake of his repeated attempts to force a move from the club.

The Irishman said: “Initially, there will be a recognition that there needs to be an apology to his team-mates and the club.

“I have seen him over a period of time and I know it is not the Luis Suarez we know and I have to protect the fans and the players because they deserve more than that.”

Just under a year later, on July 11, 2014, Suarez eventually left the club in a £65million five-year deal with Barcelona.

Rodgers was sacked by Liverpool on October 4, 2015. 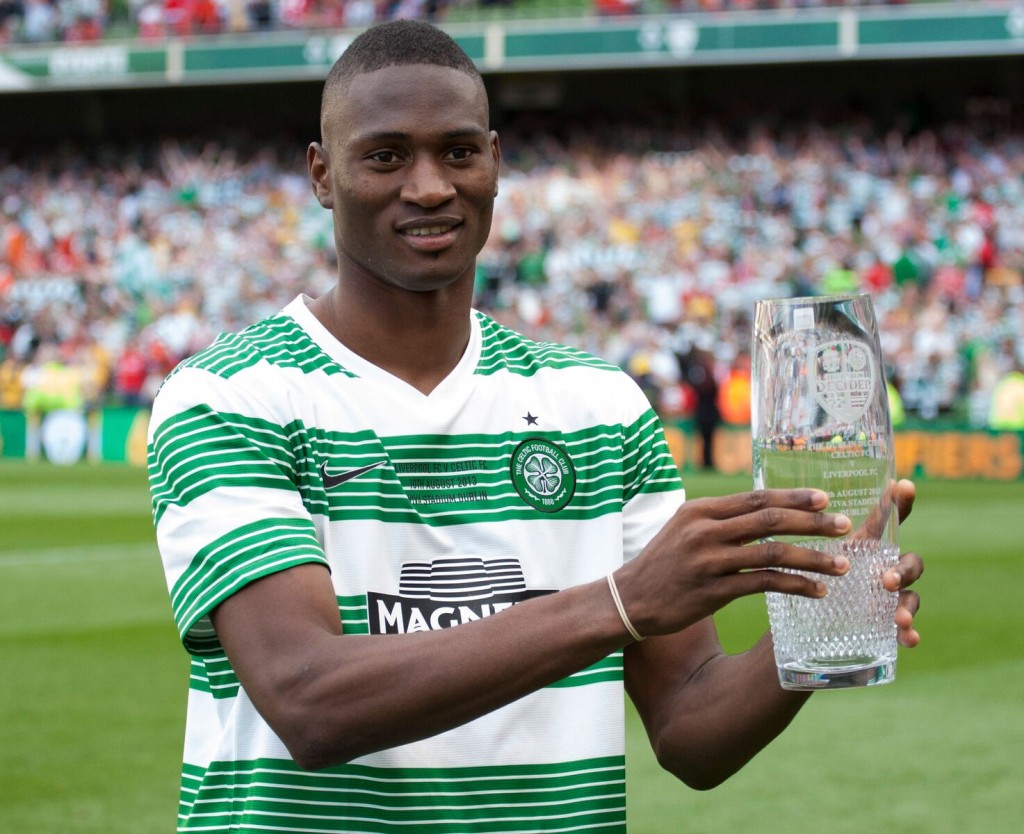 Lennon’s last game at Parkhead as Celtic manager came on May 11, 2014 when they beat Dundee United 3-1 on their way to their third successive title.

Hibs’ previous visit to the east end of Glasgow came in December 2013 when the Hoops won 1-0 with a goal from Teemu Pukki.

Anthony Stokes and Efe Ambrose faced the Edinburgh men that day, but are likely to play against their old team on this occasion.

The teams at the Aviva stadium just over four years ago were: