Celtic Quick News on News Now
You are at:Home»Latest News»‘WHEN WE NEED A GOAL, HE GETS IT,’ KENNEDY PRAISES GRIFF
By CQN Magazine on 22nd April 2021 Latest News

JOHN KENNEDY reckons it would be wrong to write off Leigh Griffiths – for Celtic AND Scotland.

The frontman came off the substitutes’ bench last night to replace the lacklustre Odsonne Edouard to net the stoppage-time equaliser and salvage a point in the 1-1 draw with Aberdeen at Pittodrie.

It was a typical strike from the 29-year-old forward who has struggled for goals and game time in a disappointing campaign. He ghosted in at the back post to get on the end of an exquisite right-foot cross from Mohamed Elyounoussi after the Norwegian had made space with a clever jink inside on the left.

Griffiths’ timing was perfect as he rose to nod the ball down and across the helpless Garry Woods and into the far corner of the net.

Remarkably, it was the marksman’s first goal since January and only his eighth of the campaign. 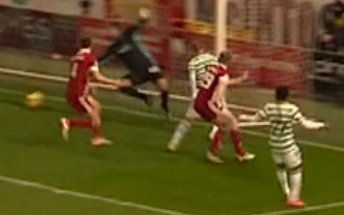 THE EQUALISER…Leigh Griffiths strikes with his stoppage-time header.

CHEERS…Leigh Griffiths races away in triumph with the Dons defenders left dismayed.

The raider was snubbed by Scots boss Steve Clarke for his recent World Cup squad for the qualifiers while the international chief now focuses on the delayed Euro 2020 Championships this summer.

A delighted Kennedy said: “It’s good for Leigh to get that goal. It was a great ball from Moi and a good header to finish it from Leigh.

“He has put himself in contention to start games – he’s goal hungry as always and he is training well.

“Can he make the Euros squad? It comes down to form and how Steve sees it.

“He has a few strikers to choose from now, but Leigh has just has to put himself in contention.

“That goal is what Leigh is all about – getting half a yard in the penalty box and finishing.

“Leigh is fit. He trains every day. He hasn’t had many starts, but he’s fit.

“That will be Steve’s decision and he has added extra strikers like Che Adams. So, Steve does have a decision to make, but all Leigh can do is make himself available. Leigh is up there with Scotland’s best goalscorers.

“He had the issue when we came back for pre-season and his fitness wasn’t what it should have been.

“That took a bit of time for him to get going, but I have had no issues with Leigh in terms of how he works.

“We don’t always play with two strikers, so that doesn’t always help him.

“But Leigh is what he is. He is a great individual for us and when we need a goal, he gets you it.

“We want him fit and well, in contention to start games and that is where he is.

“The Euros does help us in terms of personal motivation – but there is always something to play for at Celtic.” 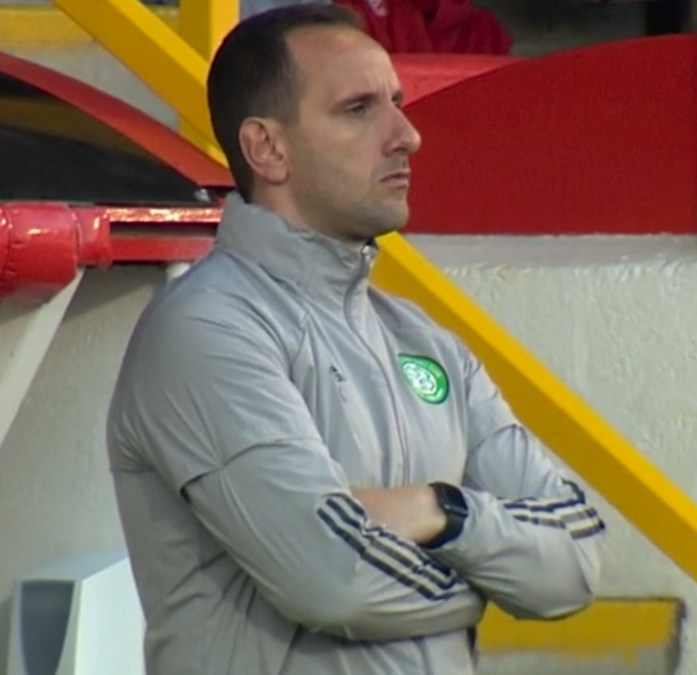 Kennedy reckoned a point from Pittodrie was the least his team deserved while praising Scott Brown’s performance against the Dons where he will be playing his football for the next two years.

The stand-in gaffer, speaking to the Daily Record, added: “We deserved the goal at the end. Aberdeen played well, but we had so many big chances.

“Scott was excellent. He is so fit and if there is a poster boy we can pin up as a role model, it’s him.

“He leads by example and he is so hungry to win, even against his future employers.”