Celtic Quick News on News Now
You are at:Home»Latest News»‘WHERE HAS IT BEEN ALL SEASON?’ PUZZLED LENNY AFTER SAINTS ROMP
By CQN Magazine on 11th February 2021 Latest News

CELTIC’S puzzling season continued in Paisley last night as they walloped St Mirren 4-0 – and Neil Lennon admitted it should have been MORE.

Earlier in the campaign, the Hoops struggled against the same opponents and only picked up three points in a 2-1 win after fighting back following the gift of a goal to the home side.

That was back in September and it was the champions’ fifth win from six league games – the other was a 1-1 draw at Kilmarnock – as they steered a not-too-impressive course towards their historic tenth successive title.

In the original visit to Paisley, Odsonne Edouard fluffed a penalty-kick and was hauled off by an exasperated Neil Lennon before the end.

The French ace was substituted last night, but only as a precaution for an excellent 80-minute performance following a pulverising spot-kick that raged beyond the helpless Jak Alnwick. 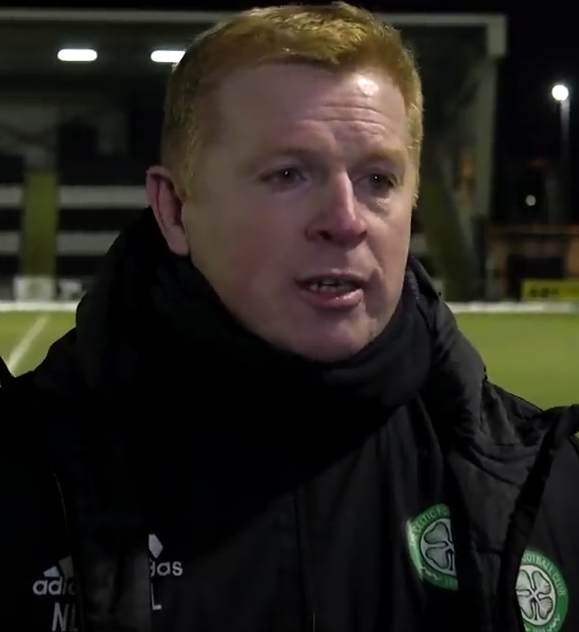 PAISLEY PARADISE…Neil Lennon tells it like it is after a superb performance.

Changed days. Lennon watched his side spark with further strikes from Tom Rogic, Ryan Christie and David Turnbull – and left the boss wondering of what-might-have-been in a mistake-strewn campaign where they find themselves 18 points off the pace at the summit.

Lennon, speaking to the Daily Record, said: “I thought we were outstanding. It looked like the Celtic team of this time last year – rampant, full of quality, full of running and full of goals.

“Coming here is always difficult, but we could have won the game by five or six comfortably.

“That was far more like us – you’re scratching your head and thinking, ‘where has it been all season?’.

“We’ve got more or less a clean bill of health at the minute, the players are playing a lot better. We look really strong.

“That second-half is the best we’ve played for quite a while, in terms of control and penetration, and having a real desire to score goals. 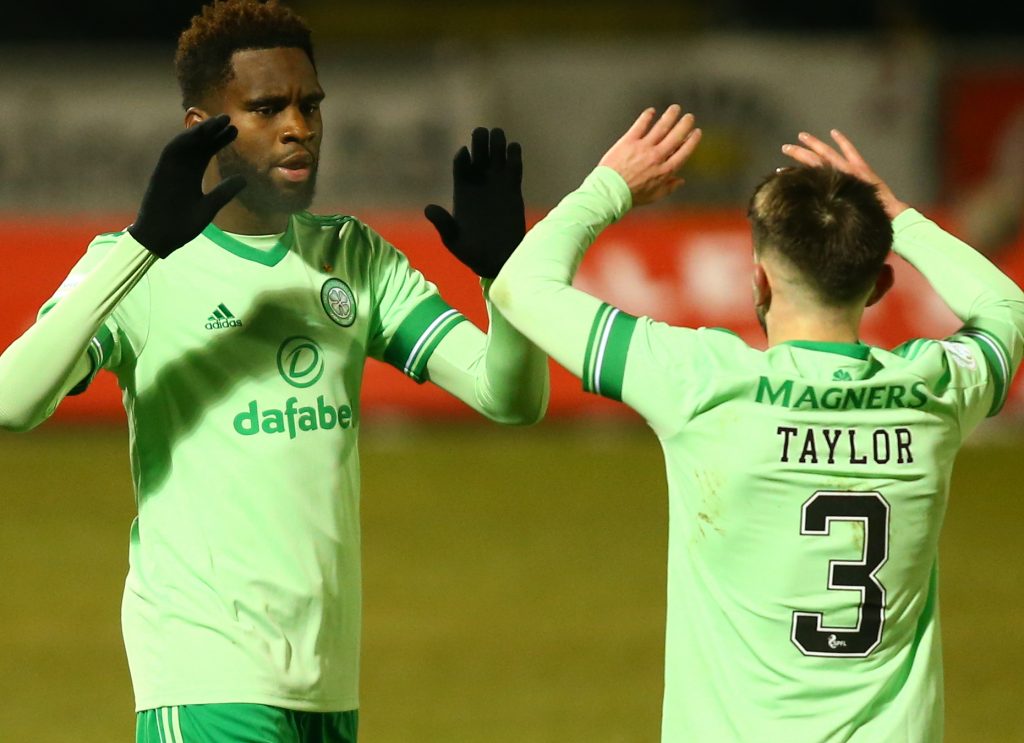 HANDS UP IF YOU’RE HAPPY…Odsonne Edouard and Greg Taylor celebrate the second goal.

“I thought we could have won the game by more, wasn’t particularly pleased with our first-half and I thought we gave the ball away under no pressure.

“I had a few words with them at half-time and in the second-half I thought we were magnificent.

“We missed some good chances before the penalty, I thought we deserved to be well ahead by then.

“But, once we got the second goal, we really turned it on and you could see the confidence oozing out of the team.

“Everything about the team was brilliant, I just really enjoyed watching them play.

“Tom Rogic was outstanding the whole way through the game, but second-half Brown, McGregor, Edouard, Christie coming on…I was delighted with the whole team. It’s a brilliant win.”

Lennon, though, is sweating on 21-year-old defender Stephen Welsh who was stretchered off in the 68th minute after a late lunge from Saints’ burly striker Jonathan Obika.

The Hoops gaffer added: “He got a real heavy knock, a trauma. His foot is in a pot at the minute, so it is difficult to assess the damage until the physios get a real good look at it. We are hoping it is just a bang on the ankle.

“But we will have to see if there is any damage there. He seemed okay. He didn’t look to be in any distress.

“He has done very well. We have been very pleased with him and he is a good kid. Hopefully, he won’t miss any games.

“If he does he will be back in the squad as soon as possible because he has earned it.”

Celtic are now due to face St Johnstone at McDairmid Park with a High Noon kick-off on Sunday.