Celtic Quick News on News Now
You are at:Home»Latest News»WHY BROONY IS A LAUGHING BHOY
By CQN Magazine on 6th February 2019 Latest News

SCOTT BROWN has become a laughing Bhoy this season as he answers the critics who were too quick to write off the Celtic skipper.

The 33-year-old Hoops midfielder agreed a two-year extension last week and will bring down the curtain on his playing career at Parkhead.

Brown, who knocked back a lucrative offer from Australian A-League outfit Western Melbourne to remain in the east end of Glasgow, is likely to lead out the team again tonight against his former side Hibs as Brendan Rodgers’ men bid for their eighth successive title.

The former Scotland international captain, who was brought to the club by ex-gaffer Gordon Strachan in a £4.4million move in 2007, has been the dynamic onfield leader in the club’s surge towards the coveted 10-in-a-row target. 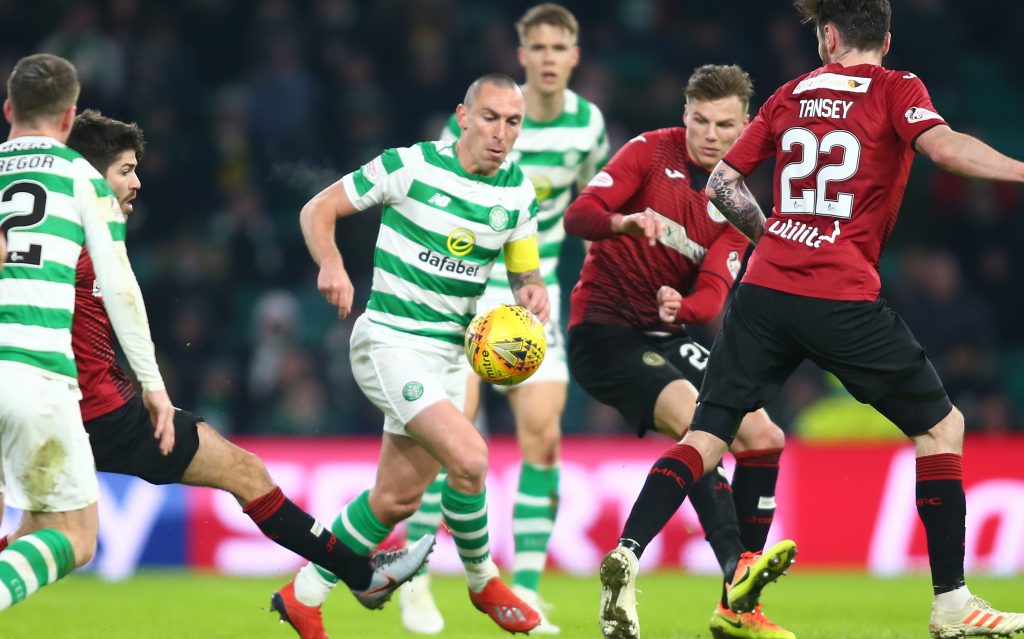 FOLLOW THE LEADER…Scott Brown on the charge against St Mirren in the Hoops’ recent 4-0 victory.

He has laughed off suggestions he was on his way out after an injury against the Easter Road side in October when he had to be replaced. There were those silly enough to insist the player’s time was drawing to a close – a similar scenario after the team, in the last months of Ronny Deila’s two-year reign, lost out on penalty-kicks to Rangers in the Scottish Cup semi-final at Hampden in 2016.

Brown, in fact, saw his effort saved that afternoon by Wes Foderingham while Callum McGregor clattered his attempt off the crossbar and Tom Rogic missed the target altogether.

The combative midfield man looked back at the suggestions it was all over and remarked: “That puts a smile on my face. It just makes me go out and work harder to prove to everybody that I can still do it.

“That semi-final was three years ago and people were saying my legs had gone. I hadn’t heard it all before as I don’t read. But people walking in the streets told me they’d read in the paper that my legs had fallen off.

“I don’t think I have to prove a point to anybody. For me, I’ve done well over my 12 years so far. 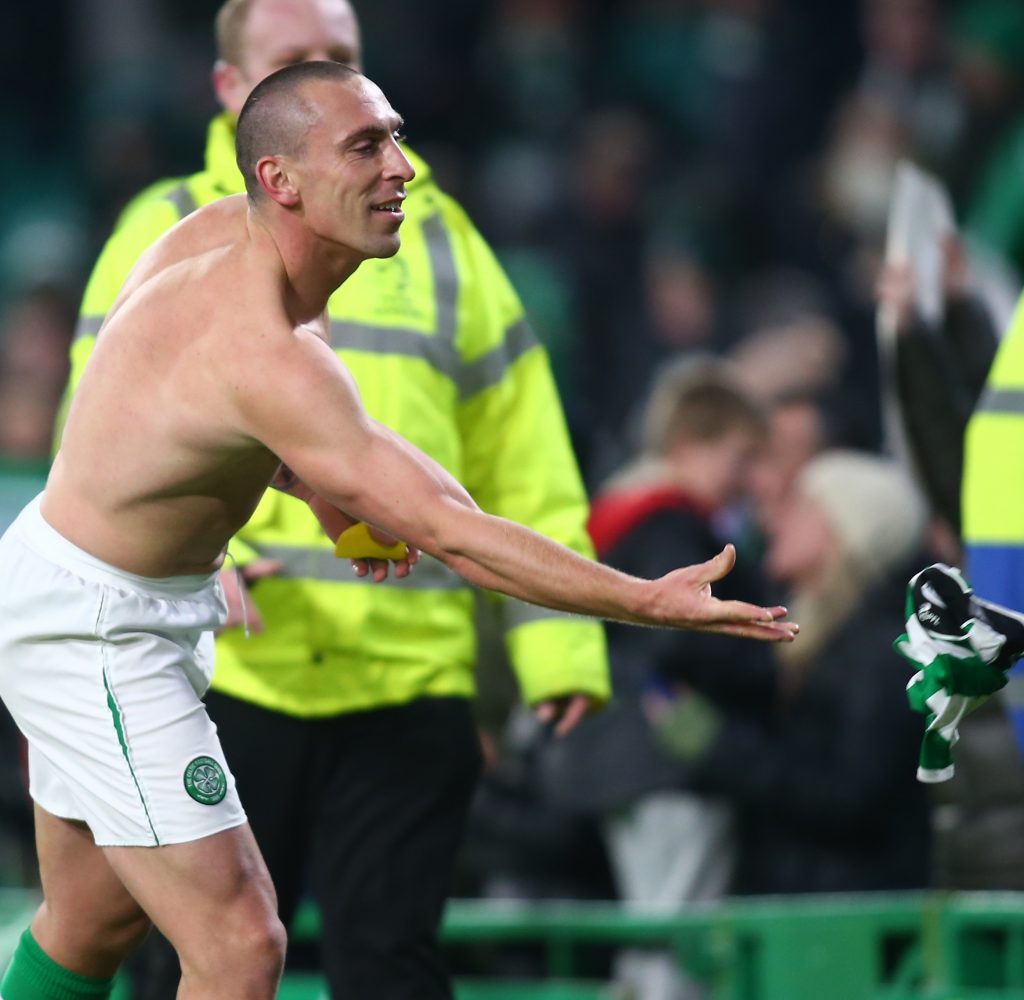 CHEERS FOR SOUVENIRS…Scott Brown throws his Celtic shirt into the crowd. Pics: Geo.

“I’m willing to take it. I’m big enough and ugly enough. I’m 33 now and if someone is going to write to me on Twitter saying I’m finished I’m really going to cry myself to sleep at night.”

Brown, who was out of the team for almost six weeks following his problem against the Edinburgh team, added: “I feel I’m getting back to full fitness now. It takes a bit longer when you get a bit older.

“I used to just get chucked into a game after six to eight weeks out and be fine.

“But it takes that little bit longer to get your sharpness back more than anything. It’s okay saying you’re fit and can run about. It’s that two or three yard burst to get past somebody and play that pass that takes time.