SCOTT BROWN, who alongside 5 of his teammates from Parkhead starred in Scotland’s impressive 3-0 away win against Lithuania last night, has insisted that Celtic will not change their game to meet the Champions League challenges of Bayern Munich, Paris Saint-Germain and Anderlecht.

The Hoops are preparing to welcome £200million man Neymar and his big-spending French outfit to Paradise on Tuesday, September 12.

Unusually there were some rumblings of discontent from frustrated fans during the 1-1 draw with St Johnstone in the previous game in the east end of Glasgow.

However, the skipper admitted: “We play our game no matter what.

“It’s hard to listen to fans during the game because we are focused on keeping the ball down and trying to play attractive football.

“That’s what the teams do in European football and that’s what we’re going to find in the coming weeks against top sides.

“You don’t just kick it long and play the percentage game. 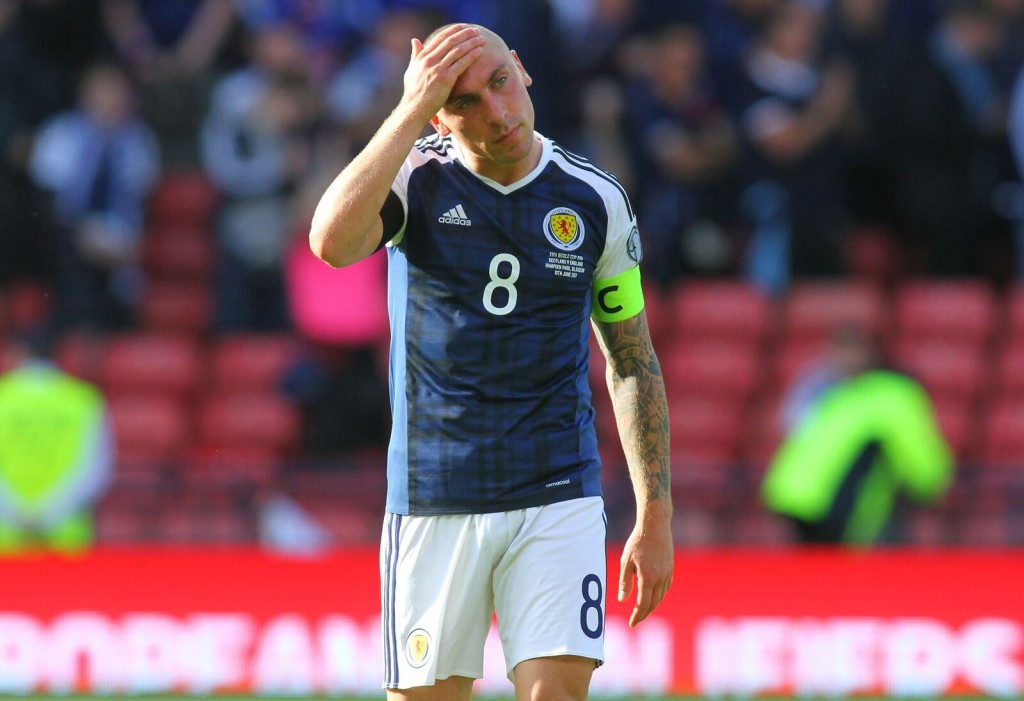 “That’s the old-style Scottish football and we’re trying to bring in a proper European culture.

“It’s risky, but that’s why we play good football. That’s what we practise every day in training.

“We build from the back, we deal with pressure.”

Brown added: “The Champions League draw is exciting. It’s going to be hard with top teams coming here, but you want to face the best and we’ve definitely got that.

“That’s a group which will be hard to get out of, but we want to try to get European football after Christmas.

“We’ll see how it goes. The first game is really important. We started with a 7-0 defeat against Barcelona last season – we don’t want the same thing to happen again!

But before all that there’s more Scotland chores for the Celts to perform.

Brown alongside Craig Gordon, Kieran Tierney, Stuart Armstrong, James Forrest and Leigh Griffiths all excelled for Scotland on Friday and will now look forward to the visit of Malta to Hampden on Monday evening.

They might well be wondering just how Callum McGregor failed to make the Scotland squad after watching one or two ‘perform’ in the team last night!

When Scotland draw 1-1 with Lithuania in October last year Strachan selected none of the the players available to him from Celtic.

Last night it looked a little more straight forward for Scotland with the Bhoys in the team!