FILIP BENKOVIC has confirmed there is no way he will be remaining at Celtic when his loan spell expires at the end of the season.

The Croatian Under-21 international defender will head back to Leicester City and “a new challenge” in the summer after becoming a fans’ favourite at Parkhead.

Benkovic, who has made 24 appearances for the champions, hasn’t figured in the first team since sustaining an injury in the 3-0 Premiership win over Hamilton Accies on January 26.

He has been forced to sit out six games and he will be unavailable for tomorrow night’s Europa League last-32 second leg tie against Valencia at the Mestalla with the Hoops trailing 2-0 from last week’s loss in Glasgow.

The stylish centre-back has thanked Brendan Rodgers and Celtic for helping to mould him into being a top-flight performer across the border.

Benkovic, who won a Betfred League Cup medal in the 1-0 triumph over Aberdeen in December, said: “I’ve played a lot of high-level games, which has helped me a lot. 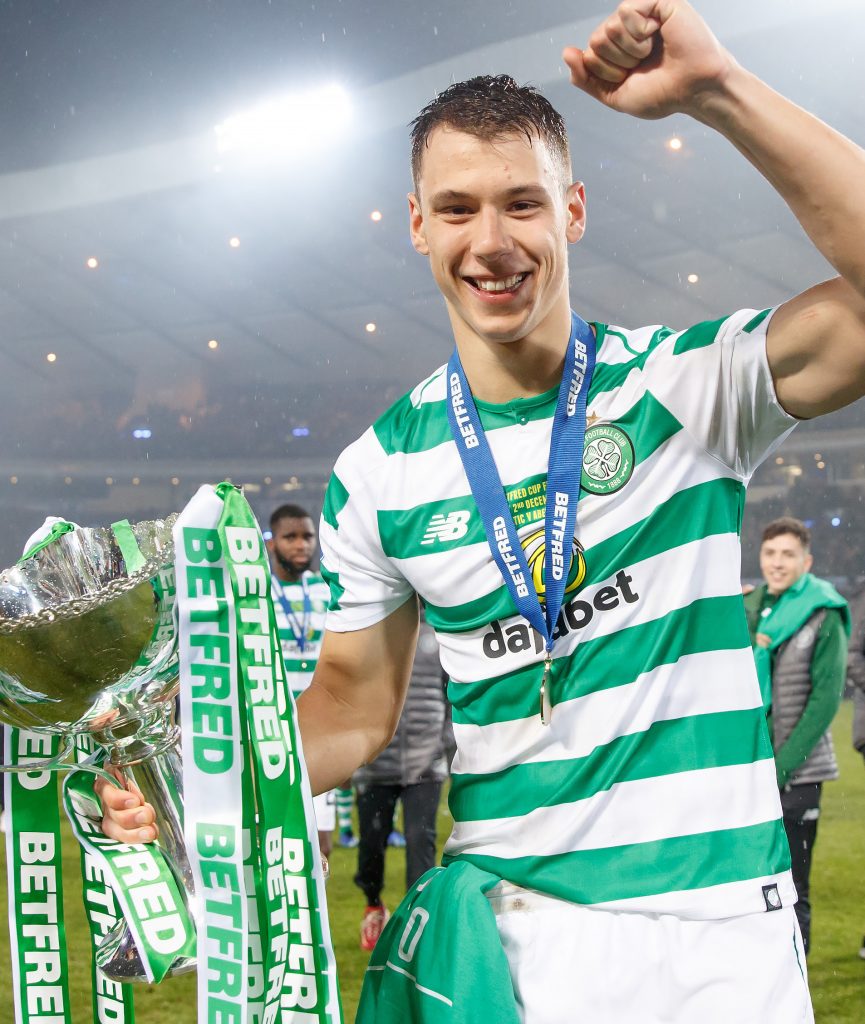 FIELD OF DREAMS…Filip Benkovic with the newly-won League Cup after the 1-0 triumph over Aberdeen at Hampden.

“But I think I have plenty of room for progress. I need to work, to improve, to play in every part of the game, I just have to continue this kind of rhythm with strong work in training.

“It’s important to respect the coaches and team-mates and be honest in training and with everyone around you.

“It’s a formula for growth, a recipe for further progress. I think I’m on the right track.

“I just have to believe in myself – and I definitely believe. I have never lacked self-confidence.

“I want to make another step at the end of the season. I want to show that I can play in the English Premier League.

“But I want to emphasise that I still have to make progress. I can still do a lot of work on my game to be an even more complete player, I just need to work.

“I’ll do absolutely everything to reach them.”