BRENDAN RODGERS insists Moussa Dembele is back and in better shape than ever to blow away opponents.

The French Under-21 international striker fired in 32 goals in his phenomenal debut season for Celtic after his £500,000 Development Fee switch from Fulham in the summer of 2016.

Last season, injury slowed down the progress of the hitman and he had to be content with 16 strikes.

But Rodgers reckons the Hoops fans will see Dembele back to his powerhouse best in the upcoming campaign.

He said: “Moussa is really focused and he’s a good boy.

“He knows it will come for him at some point and there is nothing he can do other than work hard in training and play well in games. He’s done that for the majority of time I’ve been at the club.

“He can only play well, work hard and see what happens.

“Moussa is a really happy boy and he’s a great boy to work with. I love him.

“He has belief he is a player and that is important because you need to have that personality. 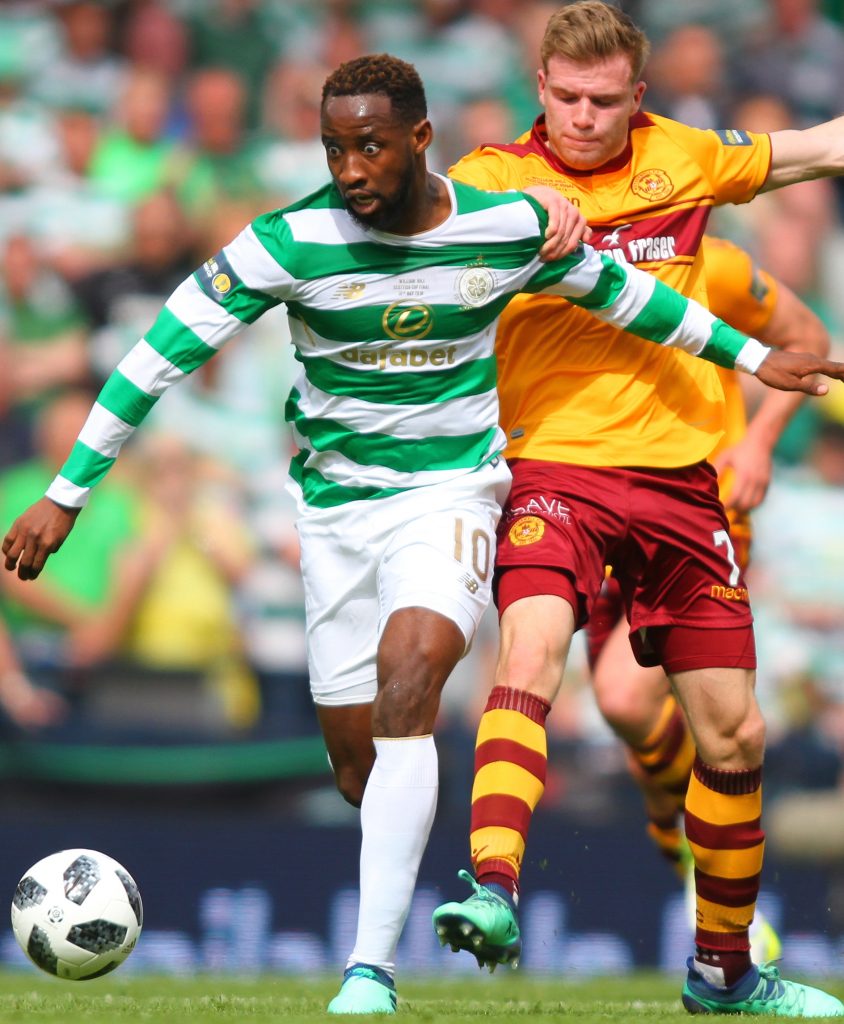 HAMPDEN HAPPY DAYS…Moussa Dembele leads Celtic to their Scottish Cup Final triumph over Motherwell at Hampden in May. Pic: Go.

“But it is handy when you back it up. That’s what I look for and Moussa backs it up and shows it on the field.

“What I know with Moussa is that nothing affects him, really.

“There was a little period in my time here, but, apart from that, he’s been absolutely brilliant.”

Dembele, 21, played and scored the only goal of the game against Sparta Prague in the third and last pre-season game in Austria during the week.

His return was a huge boost with Rodgers preparing his side for Tuesday’s Champions League qualifying first leg against Alashkert in Armenia.

The Parkhead gaffer added: “I had said Moussa had lost weight when he came back and looked really fit and strong.

“For his 45 minutes in the game he was everything. Moussa could have had a hat-trick. He scored a great goal and then, with the two one on ones he had, he’ll finish them once he’s fitter.

“His opponent at centre-back was strong, but Moussa is so powerful with ability, touch and work-rate. He was excellent. I’m pleased to have him back and have his contribution.”