Celtic Quick News on News Now
You are at:Home»Latest News»‘WHY I SAID NO TO MEGABUCKS MOVE,’ TIERNEY
By CQN Magazine on 23rd May 2017 Latest News

KIERAN TIERNEY has revealed he has no regrets about knocking back a big-money move to England.

Arsenal were reported to be eager to splash £10million last year on Celtic’s teenage left-back.
But the lifelong Hoops fan admitted a 10-minute chat with new boss Brendan Rodgers, after the first training session, convinced him he couldn’t quit the champions.
Tierney said: “The manager came in last year and I had been told already there was a big bid there. 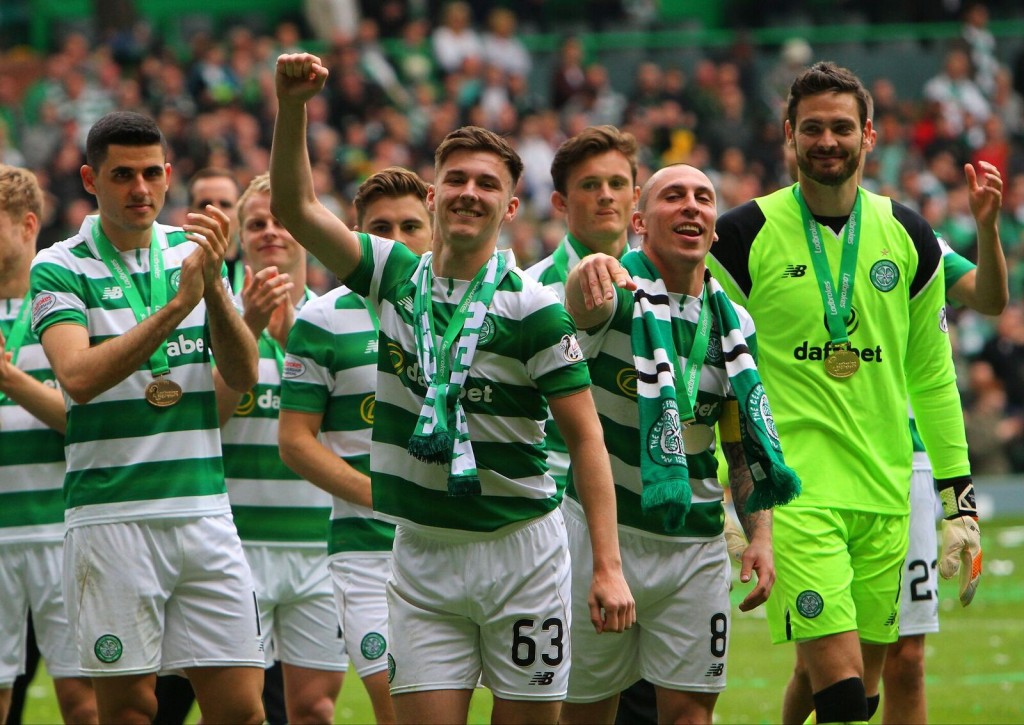 “It was a dream season for me last year and the manager said he wanted me to stay and sign a deal.

“As soon as I trained under him, there was no convincing needed. I was going to stay at Celtic, anyway.

“It’s always flattering to hear other clubs are interested, but I had no doubt in my mind I wanted to stay.

“The money factor is what a lot of people care about. All I was working towards was earning a new deal at Celtic. I wasn’t looking to move somewhere else.

“The club could have brought in anybody as manager and I would have stayed, but after speaking to Brendan, I knew something special was happening.

“The way he spoke to me for 10 minutes after the first day at training was brilliant. That has continued all year.”