Celtic Quick News on News Now
You are at:Home»Latest News»‘WHY KT MIGHT LEAVE HOOPS,’ RODGERS
By CQN Magazine on 18th May 2018 Latest News

BRENDAN RODGERS has admitted there could come a day when Kieran Tierney will leave his beloved Celtic.

However, the Hoops boss is adamant the time to leave is NOT now although the Scotland international defender will be the centre of transfer speculation throughout the summer.

Newly-crowned Europa League champions Atletico Madrid have been reported to be sending a scout to watch the 20-year-old left-back in tomorrow’s Scottish Cup Final against Motherwell at Hampden.

Big-money Manchester United and Spurs, among a host of other clubs, have been linked with Tierney.

Rodgers said: “I’ve been up here a few years now and everyone talks about loyalty and all that sort of stuff, but it’s also a business for players.

“At a club like Celtic, it’s quite natural because it tends to be more of a moral issue that comes into it in terms of being on ‘x’ amount at Celtic, another club can give him ‘y’.

“And then it’s very difficult for a young player, or any player, to turn that down. You have to look after yourself.

“It has to work for both. If the player doesn’t want to go, it’s okay, we won’t be pushing him out the door.

“Maybe in the future an opportunity might come that he and the club will have to look at, but at the moment it’s not even a conversation.

“His passion’s very clear and you can see that. Some people can hide it, but he doesn’t. If he wasn’t playing for Celtic and doing something else, he’d be in the stand.

“He’s a Celtic supporter and that means everything to him, but football’s a business for players.

“He’s recognising that if you’re playing over 15 years and you’re at this club for whatever – another four or five years – he might feel this is the happiest he’ll be. 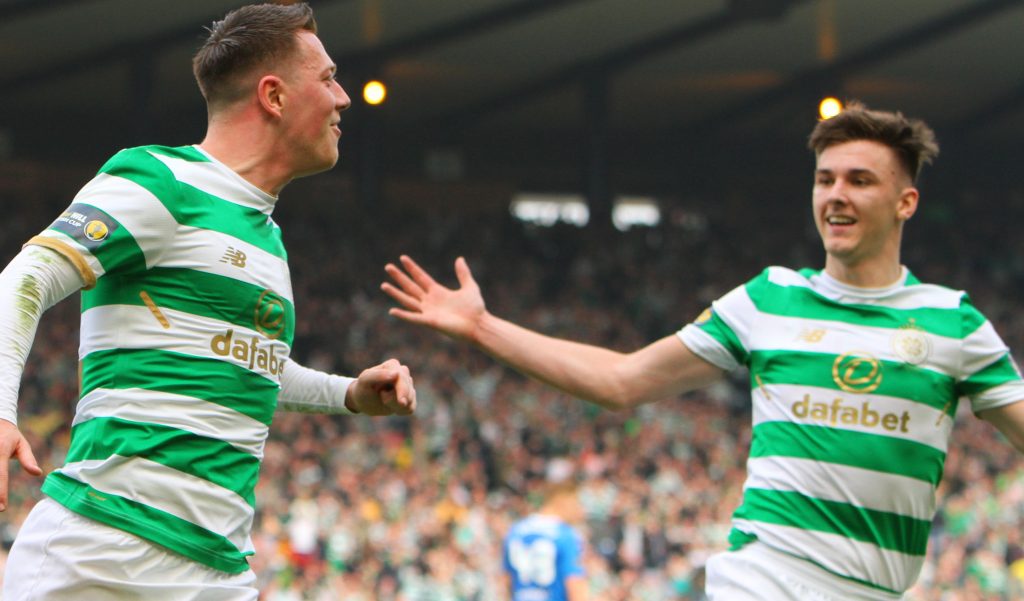 “When he leaves, he’ll arguably never be as happy, but it’s your business. I hear of so many players, bless them, who’ve never earned the money.

“And then people talk of loyalty and say: ‘Oh, they played this many games’ and, ‘What a player he was’ and then they say, ‘Oh, he’s struggling’.

“He’s very stable in his home life and his family are Celtic mad. You see his passion and love for Celtic. He can’t not have that opportunity if it comes, but I don’t think it’s on his radar.

“He is developing well and loving every minute. He has a good temperament and that is getting better in big games.

“Tactically, he understands the game much better. Physically, he can cope with any league in the world. He’s got stronger and faster.

“There’s a market out there for top talents and particularly young talents, but he’s a player who’s not for sale.”