Celtic Quick News on News Now
You are at:Home»Latest News»‘WHY THIS HAS BEEN A BIG SEASON FOR ME,’ ARMSTRONG
By CQN Magazine on 3rd May 2017 Latest News
STUART ARMSTRONG reckons Celtic’s near-domination of the PFA award shortlist emphasises a season where he has become a key man at the Hoops after being a bit-part player under Ronny Deila.
The 25-year-old midfielder is enjoying a phenomenal campaign under the guidance of Brendan Rodgers as the champions chase the treble.
Armstrong’s form has been rewarded with a nomination for the PFA Premiership Player of the Year along with Parkhead pals Scott Sinclair and Moussa Dembele as well as Aberdeen’s Jonny Hayes. 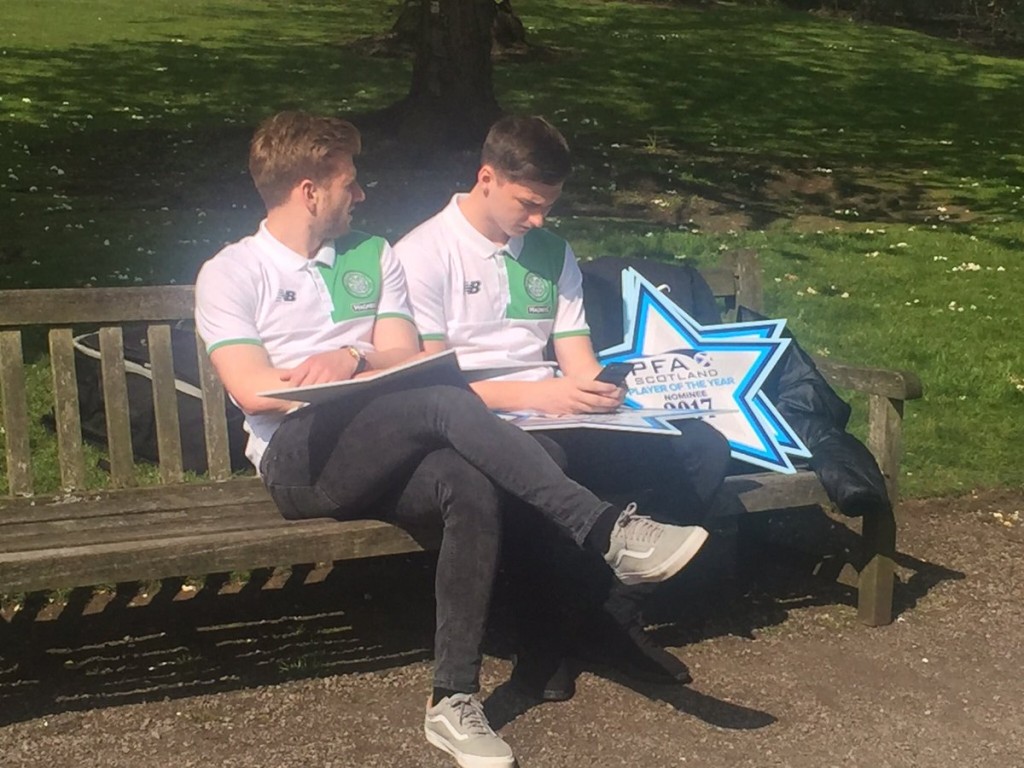 He said: “From Celtic’s perspective, it’s been a terrific season – we have dominated the league and we are in another Cup Final.

“Domestically, we have been the best, but there have been a lot of good individual performers and it’s good they get recognition, as well.

“This season has been big for me development-wise, learning and performance-wise. Last season was a frustrating one for me.

“I’ve had the opportunity to play central midfield and managed to stay there. It’s been pleasing for me to play a role in this successful team.”

The hard-working midfield operator, whose Scotland international debut in the 1-0 World Cup qualifying win over Slovenia this season has been lauded as the “best ever” by some critics, says turning out for his country is the highlight of a time when almost everything’s has gone right.

But, for now, he’s focused on his club and helping the champions finish on a high, as they aim to keep their “Invincibles” tag.

Armstrong added: “It’s worked well for me not thinking too far ahead, focusing on each training session and game, and keeping things very simple.

“Our team have not focused on statistics and what certain results mean. but only about now and just playing football.”

Yesterday morning the Daily Record reported that Brighton are keen to sign Armstrong in the summer. Bet they are!
Brendan Rodgers has been actively involved in getting a a new contract agreed for the former Dundee United man and the announcement that he’s signed could come later this month, perhaps in the build-up to the Scottish Cup Final.