DAVID TURNBULL celebrated in silence after his 25-yard stunner thundered beyond the stranded Liam Kelly and strangled itself in the Motherwell net.

The Scotland international midfielder’s whizzbang effort went a long way to Celtic winning their second successive away league win following the victory at Aberdeen a fortnight ago.

Turnbull’s cracker doubled the Hoops’ advantage following Filipe Jota’s whiplash drive in the first-half that pointed the visitors in the right direction.

The playmaker’s goal also inflicted pain on his old team on his first return to Fir Park since his £3.25million switch to Parkhead last summer. 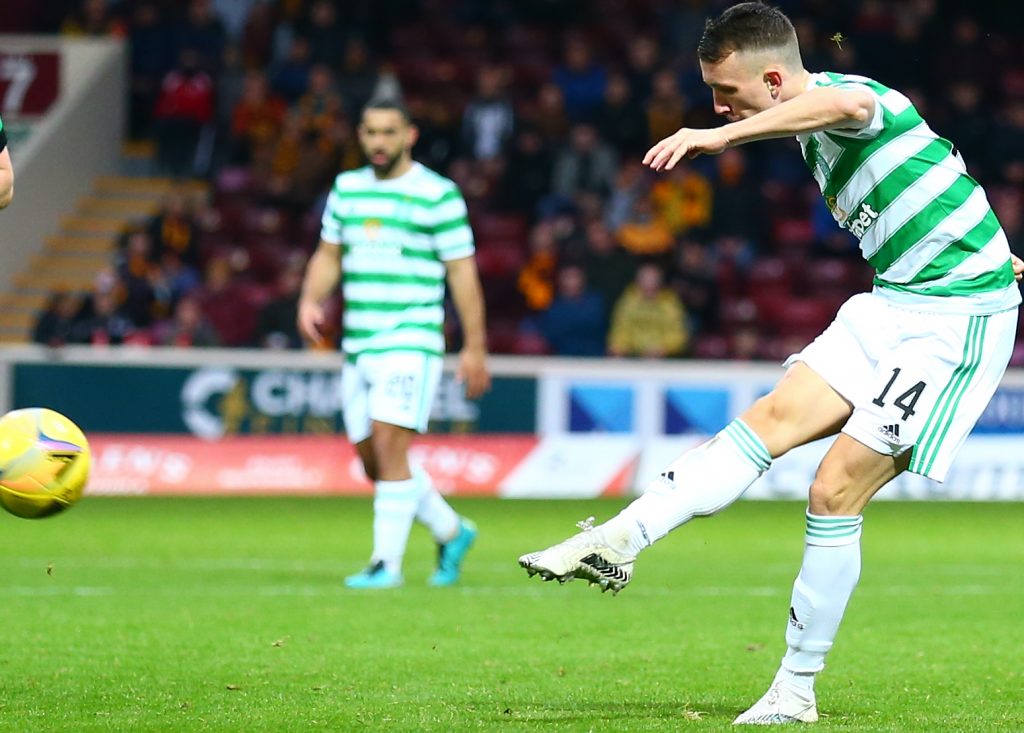 BY THE RIGHT…David Turnbull fires in a long-range drive at the Motherwell goal.

Turnbull promised his family he wouldn’t celebrate if he scored – and he kept his word although he was bursting with joy as his team-mates congratulated him on an extra special effort that saw Well keeper Kelly stranded as the ball zeroed in on its target.

The 22-year-old Hoops ace said: “Everyone knows what kind of club Motherwell are and how they helped me when I was younger, so I wanted to be respectful.

“I knew beforehand I wouldn’t celebrate because I spoke to my family about it.

“They were asking me what I’d do if I scored a goal and I told them I would just leave it. Obviously, I wanted to score, but I didn’t want to celebrate too much.

“I felt like doing it because it’s a great feeling every time you score and that was no different, but I had decided I wasn’t going to do it.

“It was hard to stop myself, but I was delighted to put the ball in the top corner, anyway.” 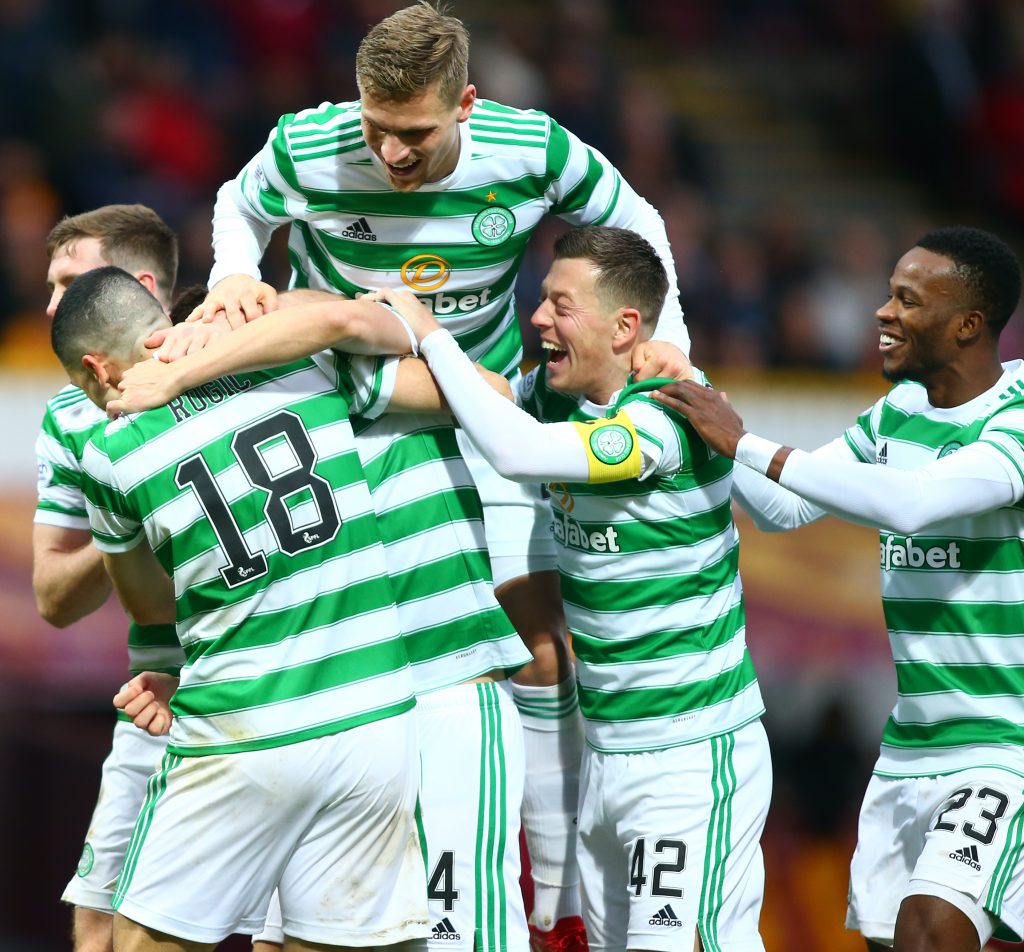 Turnbull continued: “Hopefully, I can score more of them in future and will be celebrating them as I want to.

“It was very different coming back here this season with a crowd in. Last year, I was on the bench and there were no supporters here.

“Ever since the fixtures were announced, I was looking forward to coming back. It was good to see all the familiar faces from my time here.

“I will be getting a few messages from my pals later on, no doubt. There will be a bit of banter.

“The most important thing was getting the three points to keep going.” Turnbull, speaking to the Scottish Sun on Sunday, added: “I had a chance in the first-half and was stuck in two minds whether to pass it or not.

“So, the second time, when I got it I knew I was going to give it my best strike.

“I have done it before and I know what I’m capable of, so I’m delighted it went into the top corner.

“A few of the boys were asking me how I did it. When I got it, I just thought: ‘I have to strike this’ and put a bit of swazz on it.

Turnbull was delighted to see the visiting fans more than made up for his muted celebrations by erupting in joy in the Fir Park stand.