Celtic Quick News on News Now
You are at:Home»Latest News»‘WHY WE MUST HAVE TITLE DECIDER AGAINST IBROX MEN,’ INSISTS RODGERS
By CQN Magazine on 9th April 2018 Latest News

BRENDAN RODGERS believes Celtic should be given the opportunity of winning their seventh successive Premiership crown against Sevco Rangers at Parkhead in 13 days’ time.

The champions moved to within 90 minutes of the title with their 2-1 victory over 10-man Hamilton Accies while the SPFL chiefs prepare to release the post split fixtures.

Rodgers is eager to get the chance to win his second championship against the Ibrox outfit only seven days after they meet in Sunday’s Scottish Cup semi-final.

However, league bosses could switch dates for the league encounter to make sure it is not a potential powder keg decider.

Rodgers said: “It’s sad for Scottish football and it’s sad for society in Scotland. In any other country in the world they would look to play the game and showcase their football on telly – whether it was Real Madrid v Barcelona, Manchester United v Manchester City or AC Milan v Inter.

“They’d be falling over themselves to get it on the telly.

“For some reason, we can’t do that here which is a sad indictment of the world it is here at times.

“But if it’s one they want to do then they should do it and put it at an appropriate kick-off time and trust that people can behave themselves.

“Play the game and show it as a great advert for Scottish football. Don’t bury your head in the sand and hope things don’t happen.” 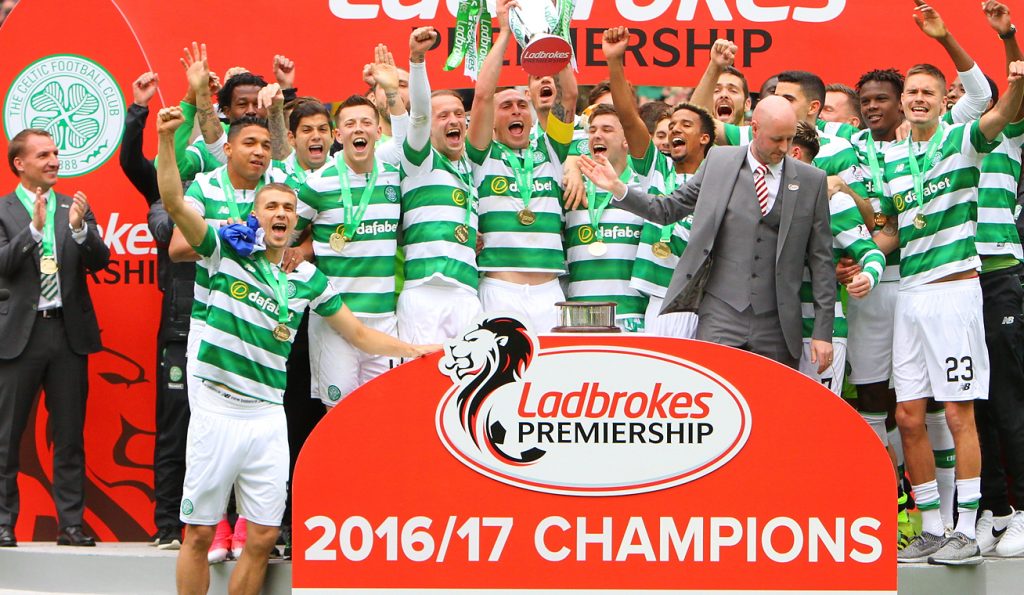 Rodgers added: “The dates are in place for the games, so let’s see what they do. Let’s live and learn. I know they are trying to avoid what happened in 1999 (when Rangers won 3-0 to lift the flag at Parkhead), but it’s been a long time since then. You have to show football and society has changed for the better and you can make it work.

“Scotland is a wonderful country with passionate supporters so make it a great advert – let’s not run away from it.

“There’s always going to be something. Look at the Manchester derby, there were pockets of trouble. But the games I’ve been involved in up here with Celtic and Rangers (sic) the passion has been incredible. They are high octane, intense games but that’s what you want. That’s what football is about.

“They have to trust that the authorities and everyone can deal with it in the best possible way that they can.

“Everyone recognises it’s an entertainment business. It’s a league where we have a split to make it more exciting. It’s an opportunity to put on a game that I’m sure everyone would watch.

“It gets good viewing figures anyway, but a chance for Celtic to win the league on that game would be great.

“Hopefully, they can trust that the game can go by and and they can deal with it rather than run away from it.”