BRENDAN RODGERS insists there will be no let-up as Celtic go for their 56th domestic unbeaten outing against Dundee in the League Cup quarter-final at Dens park on Wednesday.

The Hoops boss admitted: “I always look at the opponents. I have been here for a year and I have been able to see how teams set up.

“What is important is noting the flexibility of the players.

“They are going into all these systems that I am throwing at them.

“We play teams four/six times a year and, of course, Celtic always have to be dominant.

“It can never be stale. You never can be predictable and so having the flexibility to play the different systems that we do will, hopefully, make it challenging for the opponents each time we play. 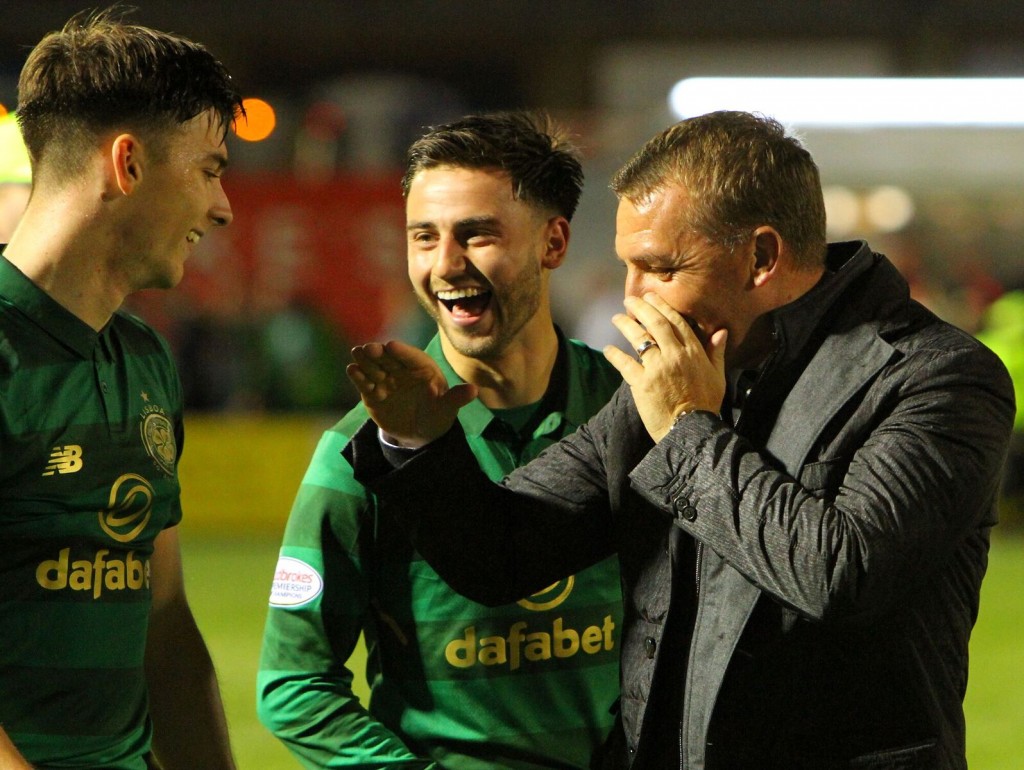 Rodgers was delighted with the way his side responded to the loss against Paris Saint-Germain last Tuesday.

There was no sign of a hangover in the 4-0 win over Ross County where Tom Rogic, Moussa Dembele and a James Forrest (2) were on target.

The Hoops gaffer added: “The payers deserve a huge amount of credit for the way they performed following a midweek game which required a lot of energy.

“They were excellent in training on Thursday and Friday.

“I said to the players we learn from it, remain positive and press the reset button and go again.

“Against Ross County, we tried something different with the shape of the team and I thought as the game went on we got better.

“It’s always a mark of the good side to respond, we scored four goals and kept a clean sheet. Overall, I thought it was a really good performance.

“It was great for Moussa’s confidence to get the goal. Leigh Griffiths played it, made a run and took Andrew Davies out of the space for Moussa to bend it in. It was a very good finish.”