Celtic Quick News on News Now
You are at:Home»Lions & Legends»WHY WERE THEY CALLED THE QUALITY STREET GANG?
By CQN Magazine on 10th October 2017 Lions & Legends

Confirmation of recognition from the British press normally exists in the awarding of a nickname. Players and teams alike have been labelled with terms of endearment since football’s infancy. The list is as long as it is illustrious, and the ‘Busby Babes’, ‘Kelly Kids’ and ‘Lisbon Lions’ appellations remind fans of the alumni who starred for some of the most talented or celebrated teams in their respective clubs‘ histories.

This trend showed no signs of wavering in the late sixties when Celtic’s new kids on the block were imaginatively tagged with a name that wouldn‘t have looked out of place on Top Of The Pops – ‘The Quality Street Gang’. 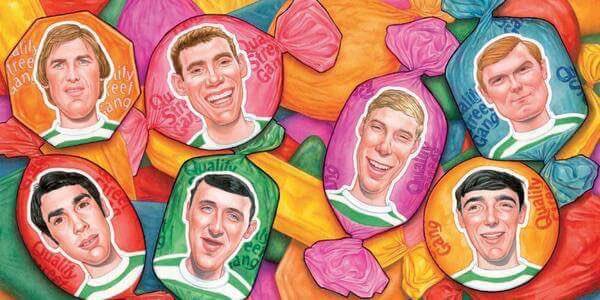 At the time of publishing the book of that name in 2013, Paul John Dykes had not yet discovered the exact origins of The Quality Street Gang title.

Erstwhile member of the gang, Danny McGrain, pointed to the popular tinned sweet selection from Mackintosh’s as its inspiration.

McGrain said: “I wouldn’t think that far ahead of naming us that because I was never so confident or brazen about it to think we were ‘The Quality Street Kids’. It was a good name and we went on some great runs of winning games and progressing.”

Kenny Dalglish maintained that this young side didn’t let the complimentary name go to their heads. “I remember getting called a lot worse than that,” he said. “I don’t know how it came about. It was certainly none of the boys who gave themselves that name. Somebody with a wee bit of a fertile imagination must have done it but it never meant anything to the boys. Nobody got carried away with it.”

George Connelly’s recollection is similar to McGrain’s as this group of youngsters became the third exciting generation of talent to emerge from Celtic’s youth system since the late fifties. Connelly said: “There was something about the Quality Street adverts at the time on the telly and they just called us that. A press man said, ‘There’s The Quality Street Gang’ and it stuck.”

Respected Celtic historian Tom Campbell agreed with this affirmation and poetically suggested: “Chocolates are often given as gifts. These players were like a gift from the Gods.”

As is often the way with such matters, Paul John Dykes finally discovered the story behind The Quality Street Gang’s name years after the book was published. The appropriate moniker was largely down to an ex-Celt, who had been exiled in Manchester since the early ‘60s.

The full story is revealed in the week’s episode of The CQN Podcast: A Celtic State of Mind.

The CQN Podcast is now firmly established, and its mix of music and original interviews has certainly set it apart from the plethora of online Celtic shows. 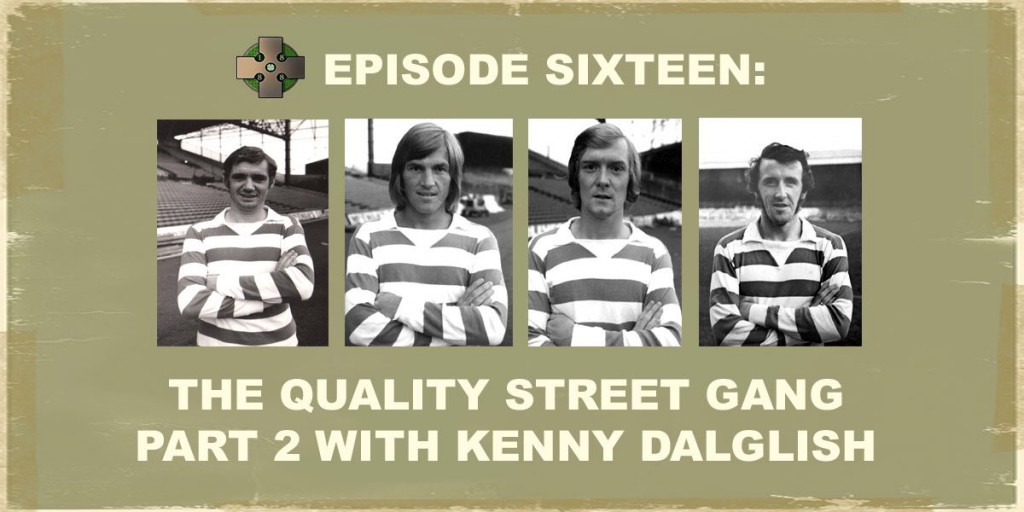