WILLIE WALLACE follows fellow-Lisbon legends Billy McNeill, Jim Craig, Tommy Gemmell and John Clark to have his say during CQN’s special tribute to the Celtic heroes who won the European Cup 51 years and four days ago.

Today, it is the turn of striker Wallace, two-goal marksman against Dukla Prague in the semi-final, to tell his side of the story as it appeared in Alex Gordon’s book, ‘The Lisbon Lions: The 40th Anniversary’, published by Black and White in 2007.

I turned to Josef Masopust, Dukla’s captain and superb midfielder, and offered my hand as soon as the referee blew for time up. I had always admired Masopust and had watched him on the television as he skippered his country all the way to the World Cup Final in Chile in 1962 where they eventually lost 3-1 to Brazil. He had acted as a gentleman back then, even in defeat, but he wasn’t acting like one after our semi-final. He looked at me and simply walked away. I was snubbed by Josef Masopust. I didn’t blame him, really.

Jock Stein had changed our tactics for that fateful match in Prague. Whereas we had really got about the Czechs in Glasgow and had won 3-1 with yours truly scoring twice, Big Jock, for the first time, sent out a side to defend. Everyone knew that was not Celtic’s style. We were a team happiest going forward, but, for that particular occasion, Big Jock changed everything. My role in the line-up was fairly basic – keep Masopust company for the entire 90 minutes and make sure he didn’t do anything special. Thanks, Jock!

READY FOR THE OFF…Willie Wallace emerges from the Parkhead tunnel.

I had played up front alongside Stevie Chalmers on my Celtic European debut a fortnight beforehand and now I had to adopt a man-marking role. Fair enough. I had played several roles in football since making my breakthrough at Stenhousemuir. I then moved onto Raith Rovers before landing at Hearts. Then, of course, it was off to Celtic in December 1966, the only one of the Lisbon Lions bought by Jock Stein. I had operated as a wing-half and and as an outside-right. But shadowing a player for a whole game was alien to me.

I knew it made sense to try to nullify Masopust’s presence. He was Dukla’s engine and, without him, they would not have been as much of a threat. So, I stuck to him like glue and, when the end of the game arrived, I think he had had enough of Willie Wallace. He didn’t want to shake hands, but, being the true sport he was, he did search me out in the Celtic dressing room afterwards. He shook my hand then and apologised for his actions.

I’ll let you into a little secret – Europe could not have been further from my mind when I joined Celtic. I didn’t think about it at all. I had been in dispute with Hearts and just wanted a transfer. Newcastle United and Stoke City were showing an interest, so it looked as though I would be packing my bags and crossing the border. Then Jock Stein came on the scene and he didn’t have to try too hard to sell Celtic to me. As soon as I realised there was a chance of going to Celtic Park and working alongside Big Jock, there was no choice to make. Newcastle United and Stoke City, without any disrespect, had no chance of getting my signature on transfer forms.

I said Europe didn’t mean an awful lot to me and that is true. Celtic winning the European Cup five months after I joined would have been a step too far in my imagination. I simply wanted to sign for them and who wouldn’t want to play for Big Jock? 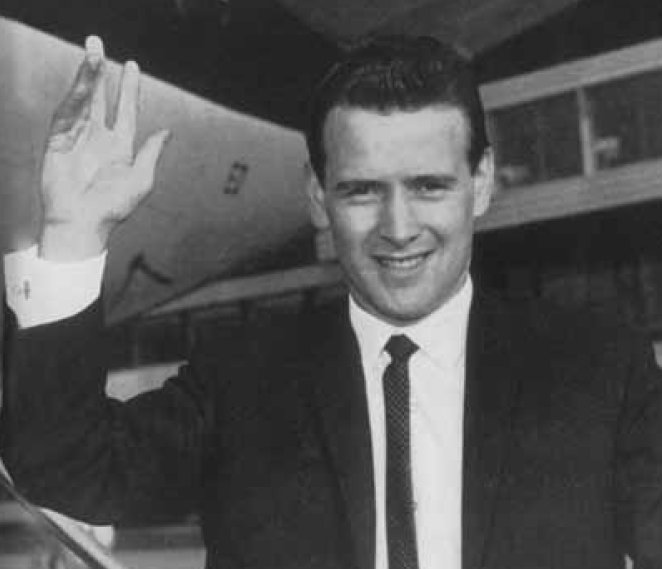 I was well up for the Dukla game. I had anticipated it for weeks and just hoped I would get the go-ahead from Big Jock to play. You never took anything for granted with The Boss, that would have been a huge mistake. Everything went so well for me on my European debut for Celtic in that semi-final.

I couldn’t have scripted it better myself. A 3-1 victory and two goals from me. Okay, it would have been nice to have claimed a hat-trick, but I wasn’t grumbling. I came close, you know. I actually hit the face of the crossbar near the end. Big Jock had told us beforehand: “Get a two-goal advantage and I’m sure we’ll get through.”

My first goal came just before the hour mark when Big Tommy Gemmell launched one downfield. It might have been a clearance, but he has always assured me it was an inch-perfect pass! Anyway, suddenly I had a bit of freedom in the Dukla penalty area, and managed to flick the ball with the outside of my foot and it carried past their keeper.

About five minutes or so later, Celtic Park just went crazy when I scored again. It was all down to the cunning antics of Bertie Auld. He stepped up to take a free-kick, paused and looked as though he was about to recentre it. I knew what was coming next, though. Bertie merely slipped the ball to the left and I was coming in behind him to hit it first time. The ball flew through their defensive wall and was in the net before Ivo Viktor could move.

It looked like an impromptu bit of skill from Wee Bertie, but, take my word for it, that little bit of trickery came straight off the training ground. We practised that move every day. It was an idea from Big Jock who was always looking at ways of developing free-kicks and corner-kicks. He always urged us to put variety into deadball situations and Wee Bertie seized the moment against Dukla Prague.

So, we got our two goals and it was off to Prague a fortnight later for the second leg. Big Jock had a dilemma before that confrontation. He didn’t want to play defensively, but he knew how close we were to Lisbon and he also rated the Czechs as a fine team. An early goal for them in front of their own support could have made all the difference. Big Jock wasn’t prepared to give them that opportunity. Hence, he took me aside and had a word about my new role in the side. He assured me it was a complete one-off and I was happy to hear that.

But I was also determined to get the job done properly. Big Jock always did his homework and knew Masopust was the key figure in the side. He had played well enough at Celtic Park, drawing a couple of gasps from our fans with his deft, little touches. However, by the time the kick-off came round, I was ready for the challenge. I think I did fairly well, even if I do say so myself. Masopust had a quiet game with me at his side throughout.

We got through and, after being involved in only three hours of the competition, I was in a European Cup Final! It all came so quickly for me. And I genuinely mean it when I say Europe wasn’t on my mind when I joined the club. But there we were, in the European Cup Final where we were told later we would be playing Inter Milan in Lisbon. I had come an awful long way from making my debut for Stenhousemuir in front of a sparse crowd at Ochilview. It was all a dream, really. I was so delighted to be there.

I am glad to say I had a hand, quite literally, in big Tommy’s equaliser in Lisbon. I took the shy that moved the ball around the field before finishing behind the redoubtable Sarti! I recall I was going to throw it into the penalty box, but their giant defender Giacinto Facchetti blocked my view. Big Jock used to hammer it into us to play the ball into the opposing team’s box because you couldn’t be offside at a throw-in.

If you had a guy, for instance, standing right on the bye-line your opponents would be forced to cover him because he will be onside. By that reckoning, their defence would fall back and that would give someone else the opportunity to be played onside if there was a flick on or a rebound. So, in effect, I should have pitched the ball into the mix. But Facchetti prevented that and I actually threw it back to Big Tommy. I thought, if nothing else, it would be better for us to keep possession. And from that came our leveller.

Now, if big Facchetti had just minded his own business… 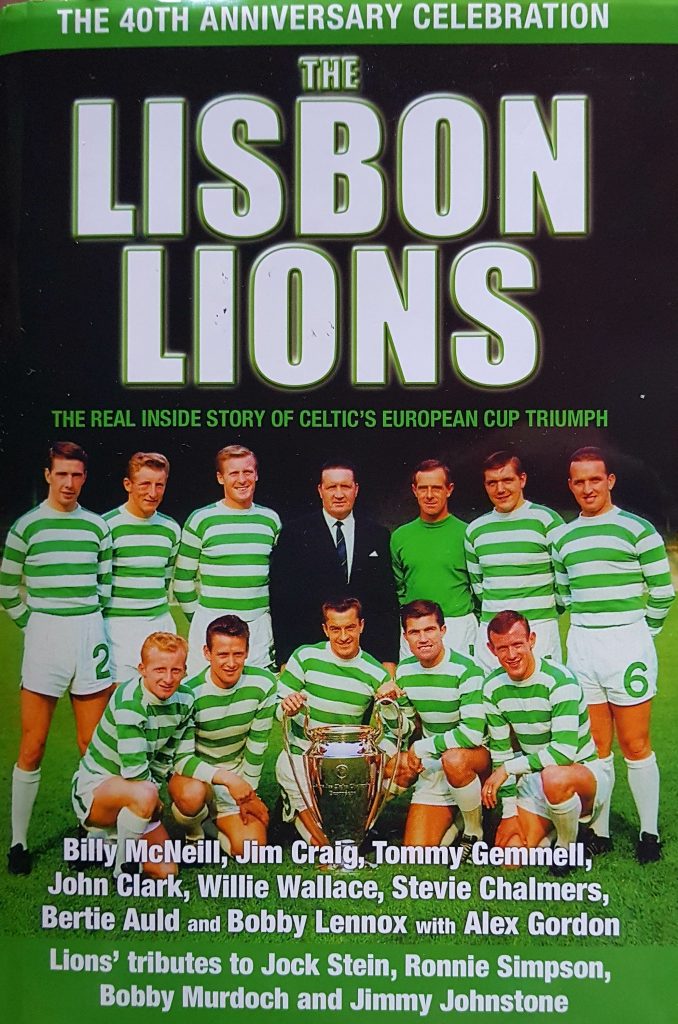