BRENDAN RODGERS insists another silverware clean sweep this season would eclipse even the remarkable achievements of the Invincibles last year.

The Celtic boss is nudging closer to another piece of history in Paradise with his treble winners looking for an action replay of the previous campaign.

In his debut term as Parkhead gaffer, Rodgers led the Hoops through an entire season undefeated and another spectacular grand slam is within his grasp.

The champions are 10 points ahead with a game in hand as they prepare for tomorrow’s Premiership visit of Ross County to the east end of Glasgow.

Victory over the rock-bottom Dingwall outfit – FORTY-SIX points adrift of their opponents – will help propel Rodgers’ men to seven successive titles with eyes on a glorious 10-in-a-row sequence.

The Hoops will face Sevco Rangers in the Scottish Cup semi-final a fortnight on Sunday for the right to face either Aberdeen or Motherwell in the Final showdown on May 19 – two teams who have already been beaten by the Celts in recent Hampden confrontations. 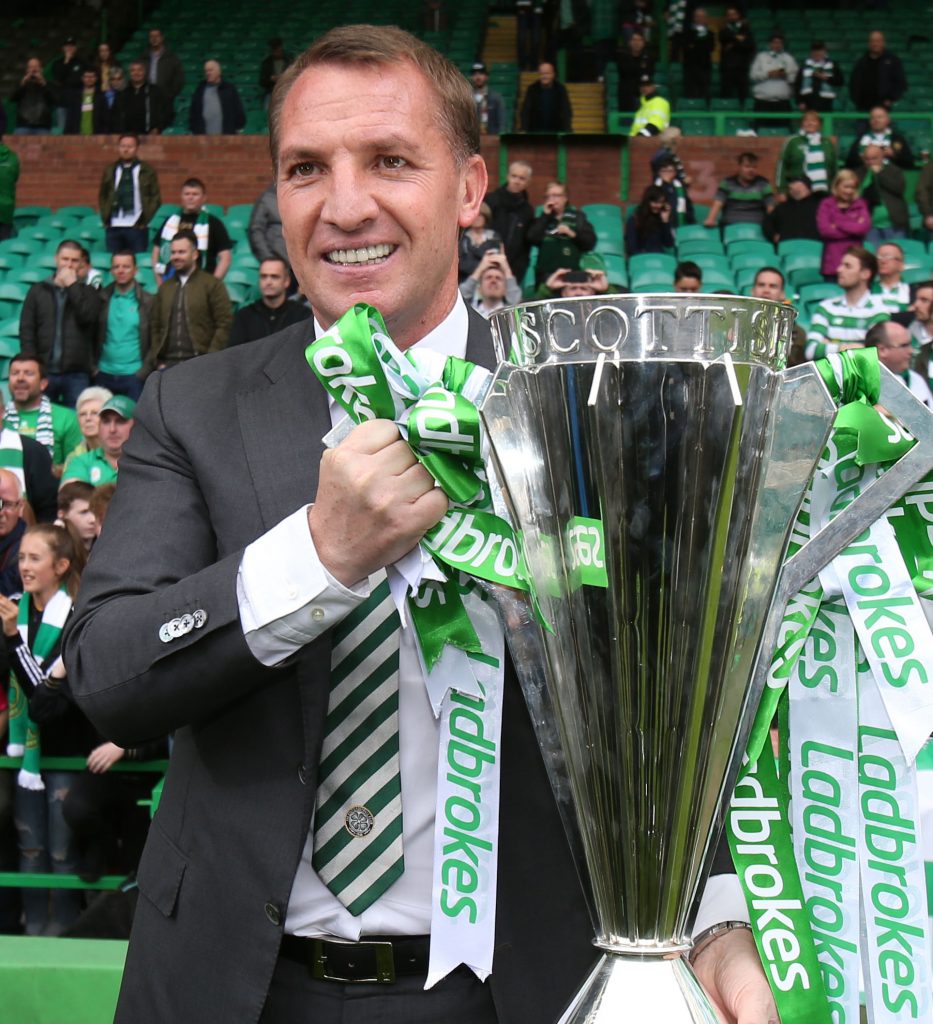 THE CUP THAT CHEERS…Brendan Rodgers with the fabulous Premiership trophy.

Rodgers said: “It is another period where there is a chance to rewrite the history book.

“It has been a brutal season. It was always going to be difficult to recreate what we did last year and on the back of the recovery the players had last summer, which was minimal, it was probably impossible.

“But if someone said to me we would reach the Champions League, make the last 32 of the Europa League, win a League Cup and be 10 points clear with a game in hand and in the semi-final of the Cup, I’d have snapped their hand off.

“If it was to be done this year, it would be better. It’s incredible to think the treble has become near enough the standard, but there’s actually the  possibility of it again.

“There’s no doubt if we finish this season with that it trumps last year’s. I say that because of the expectations, scrutiny, the added pressure to it. Last year we weren’t even expected to get to the Champions League.

“Now we’re expected to compete and win the Europa League.”

Rodgers got the trophy bandwagon rolling in November 2016 when he guided the team to a runaway 3-0 success against Derek McInnes’ Dons in the League Cup Final. 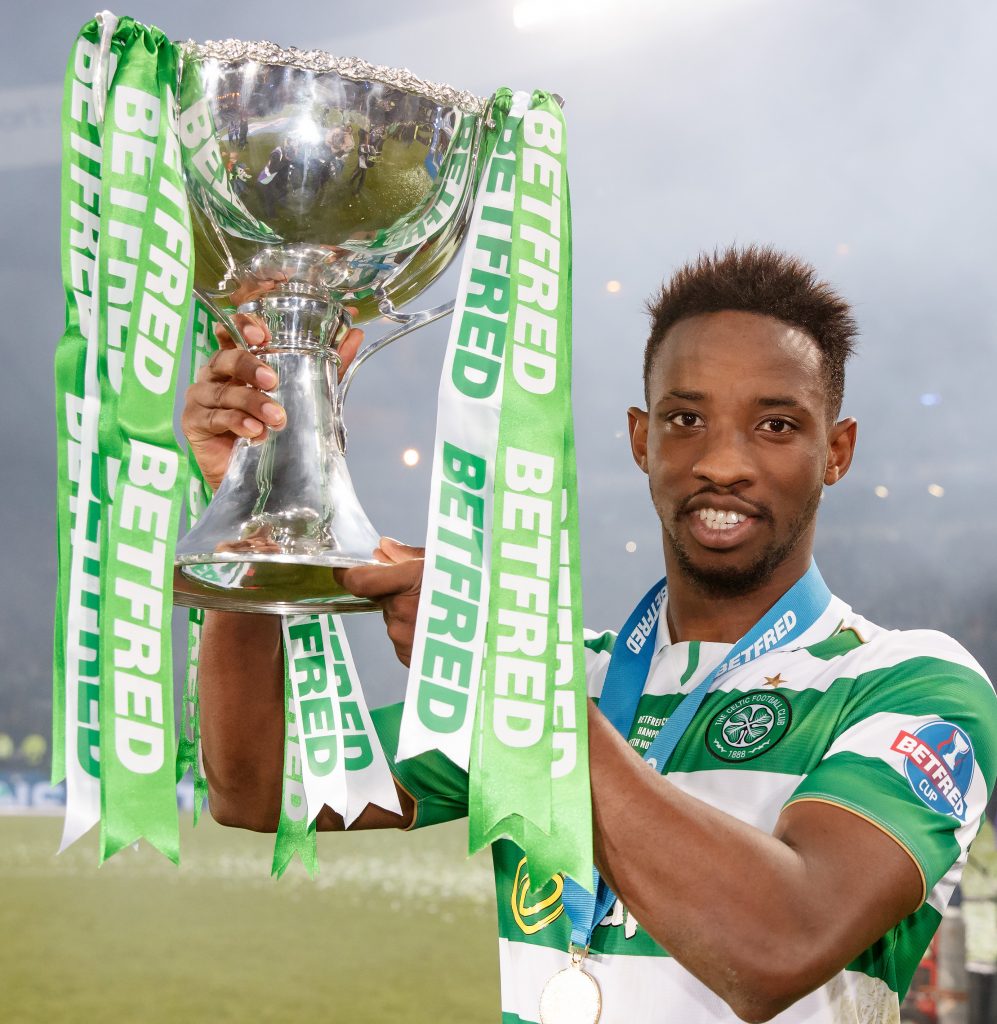 The Pittodrie side arrived in Glasgow on the wave of optimism and promises, but they were left in tatters inside 45 minutes following superb goals from Tom Rogic and James Forrest. Moussa Dembele rolled in a second-half penalty-kick to make absolutely certain of the club picking up the 100th trophy in their proud history.

The Premiership crown was won in a rampant 5-0 victory over Hearts at Tynecastle on April 2 last year with EIGHT league games still to play. Scott Sinclair ran amok with a sublime hat-trick. Stuart Armstrong and Patrick Roberts joined in the goal spree as the Hoops did it in style. 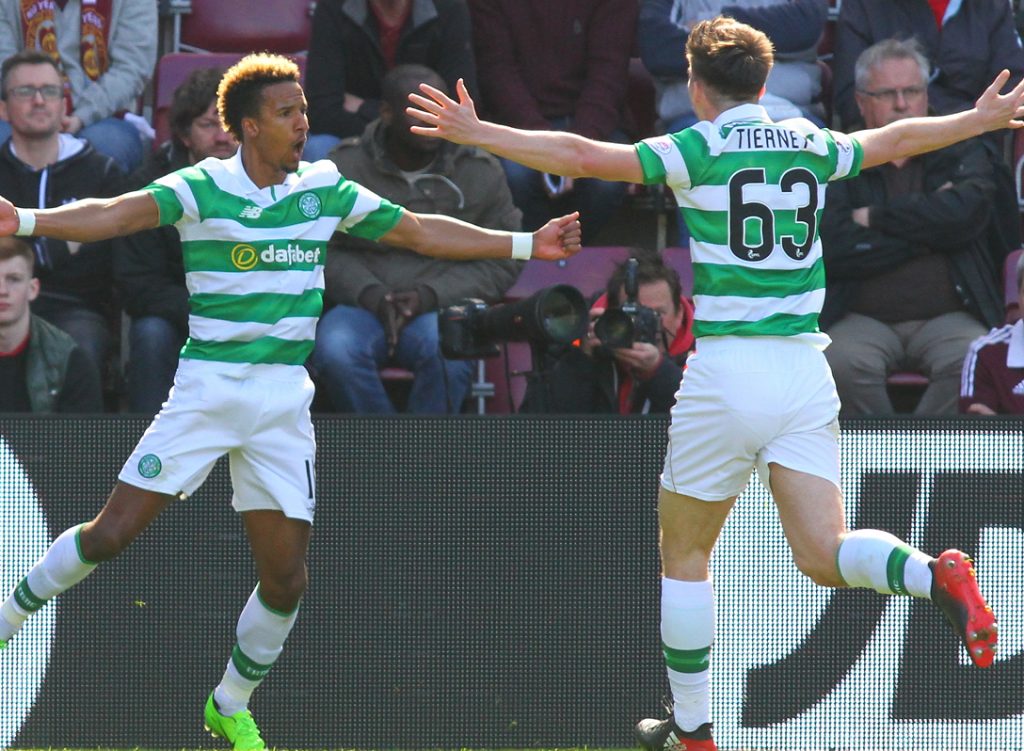 An unforgettable solo goal from Tom Rogic brought down the curtain on a historic campaign when the Aussie waltzed his way through the Aberdeen rearguard before slipping a stoppage-time winner between Joe Lewis and his near post for the Scottish Cup Final winner with the game balanced at 1-1.

Jonny Hayes, now at Parkhead, of course, stunned Craig Gordon and Co when he thumped in an early opener from a right-wing corner-kick before Armstrong produced a quickfire reply with the leveller.

Rogic then conjured up the goal that won the Cup as he collected a pass, shrugged off a tackle, meandered away from Andy Considine, took aim and, as the ball caressed the back of the net, the treble was heading for Paradise.

The League Cup, of course, was retained with a 2-0 triumph over Motherwell in November with James Forrest and Dembele, with another penalty-kick, on target.

Three points from Ross County tomorrow afternoon will keep Rodgers and Celtic on course with destiny. 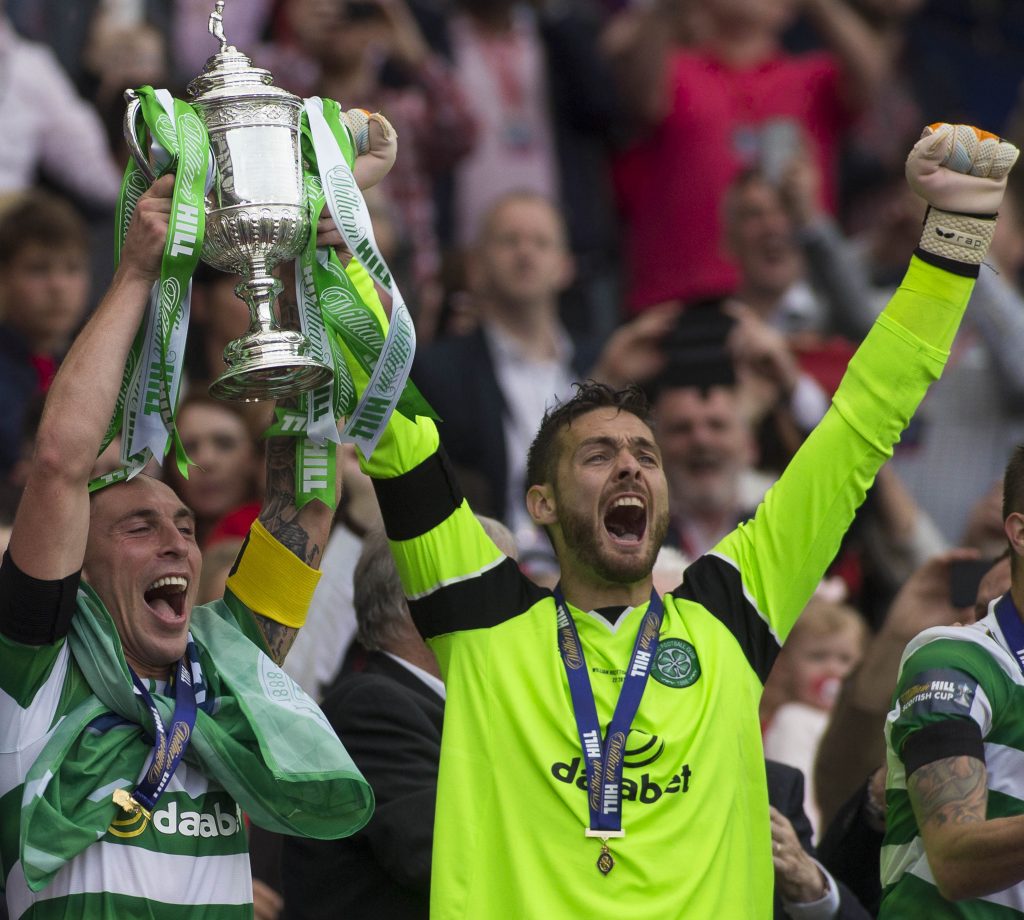