FORMER Celtic midfielder Stiliyan Petrov admits he is witnessing “some worrying signs” from his old club.

The one-time fans’ favourite watched the Hoops lose 2-1 to Hearts at Tynecastle last night when he defence yet again miserably to deal with a free-kick.

But there were other aspects of the team’s play that concerned the ex-Bulgarian international who enjoyed seven years at Parkhead before his reunion with Martin O’Neill at Aston Villa in 2006.

Petrov attended the latest dismal outing for Ange Postecoglou’s side as a match analyst for Sky Sports and he told the satellite giants: “It’s a disappointing result, but I do think we saw some positive play from Celtic, especially going forward.

“But, unfortunately, when you talk about philosophy it is not just on the ball, it is off the ball, as well.

“There are some worrying signs for Celtic, especially off the ball when the opposition believe and put pressure on Celtic. 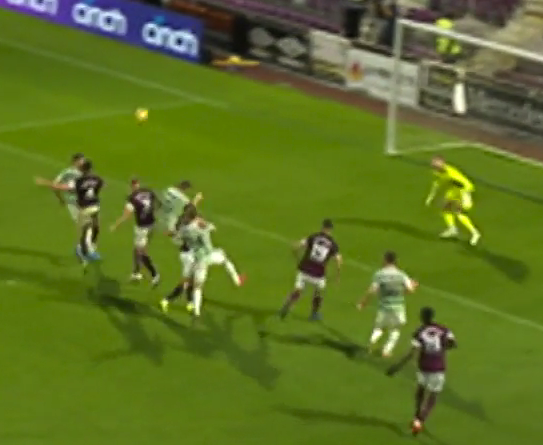 TAKE THE HIGH ROAD…John Souttar is allowed time and space to power a header towards goal for Hearts’ last-gasp winner. 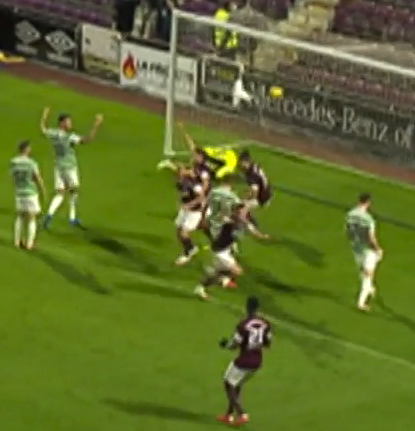 FEELING LOW…Nir Bitton hopes in vain for offside, but once again the Israeli has been caught out.

“Then you can see there’s a lot of work that needs to be done. But we have seen some positives. We can see what Ange Postecoglou is trying to implement, but it will be a long, long road for him.”

Some awful defending allowed Robbie Neilson’s side to take the lead in the eighth minute when Nir Bitton managed to prod the ball across his own goalmouth to ex-colleague Gary Mackay-Steven who netted from close range.

A superb solo run and excellent finish from Anthony Ralston brought him only his third goal for the club – and his first since 2018 – when he claimed the leveller in the 54th minute.

However, a dodgy award one minute from time by referee Bobby Madden, delivering another questionable performance, handed the home side a free-kick and blundering Bitton allowed John Souttar time and space to thump a header beyond the helpless Scott Bain.

There is much work for the new boss to do before Thursday’s visit to the Czech Republic for the Europa League qualifier against Jablonec.