When you are winning and playing well, two games a week seems less of a burden.  Celtic players will race out the Dens Park tunnel tonight desperate to get the game underway.  Some, like Ryan Christie, will have an even greater appetite.

This fixture is the last of Dundee’s first round of games.  They lost to all other teams, apart from Hamilton Accies, who capitulated last month, to give then-manager, Neil McCann, a false dawn.  It is Jim McIntyre’s job to pick up the pieces left by McCann, but his two weeks in charge have seen the loss of seven goals without reply.  These are tense times for Dundee fans.

What the home team have in their favour tonight is the chance to throw off the weight of expectation and defend their hill of dust.  It is an unencumbered liberation they have not experienced all season.

Brendan Rodgers will do well to remind his players that the single point that separates Dundee from second bottom St Mirren was won against Celtic, soon after the appointment of their new manager.  The odds against an upset are great, but this is still football.

It is worth keeping an eye on our nearest competitors tonight.  If Celtic win and Kilmarnock do not do likewise, we will go second in the table.  A win for Hibs at Hearts could also present Celtic with the chance to go top on Saturday.  But that’s getting ahead of ourselves.  Let’s take care of Dundee first. 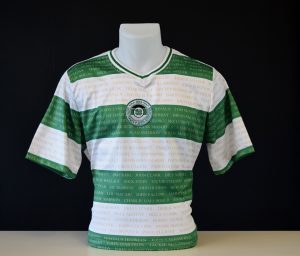