CELTIC legend Bertie Auld has hailed Celtic for edging closer to history with the treble treble within touching distance.

The Hoops have an eight-point advantage as they zero in on their EIGHTH successive title while they await the winners of this evening’s Ibrox replay to see who they meet in the Scottish Cup semi-final next month.

Auld, a sprightly 80 year old, believes his old club deserve a round of applause, but he insisted they still have a long way to go before they can be compared to the Lisbon Lions.

The former midfield general, in an EXCLUSIVE interview with CQN, said: “I saw a few weeks ago that someone rated Brendan Rodgers’ team as the best club side in Scottish history.

“I won’t embarrass the individual who made the statement by naming him, but let’s just say he is young and would never have seen Jock Stein’s 1967 team in the flesh.

“Yes, I know I am biased because I was part of that line-up, but to suggest today’s side, with Neil Lennon back in charge, is up there with the Parkhead outfit that conquered Europe is just a little too fanciful. 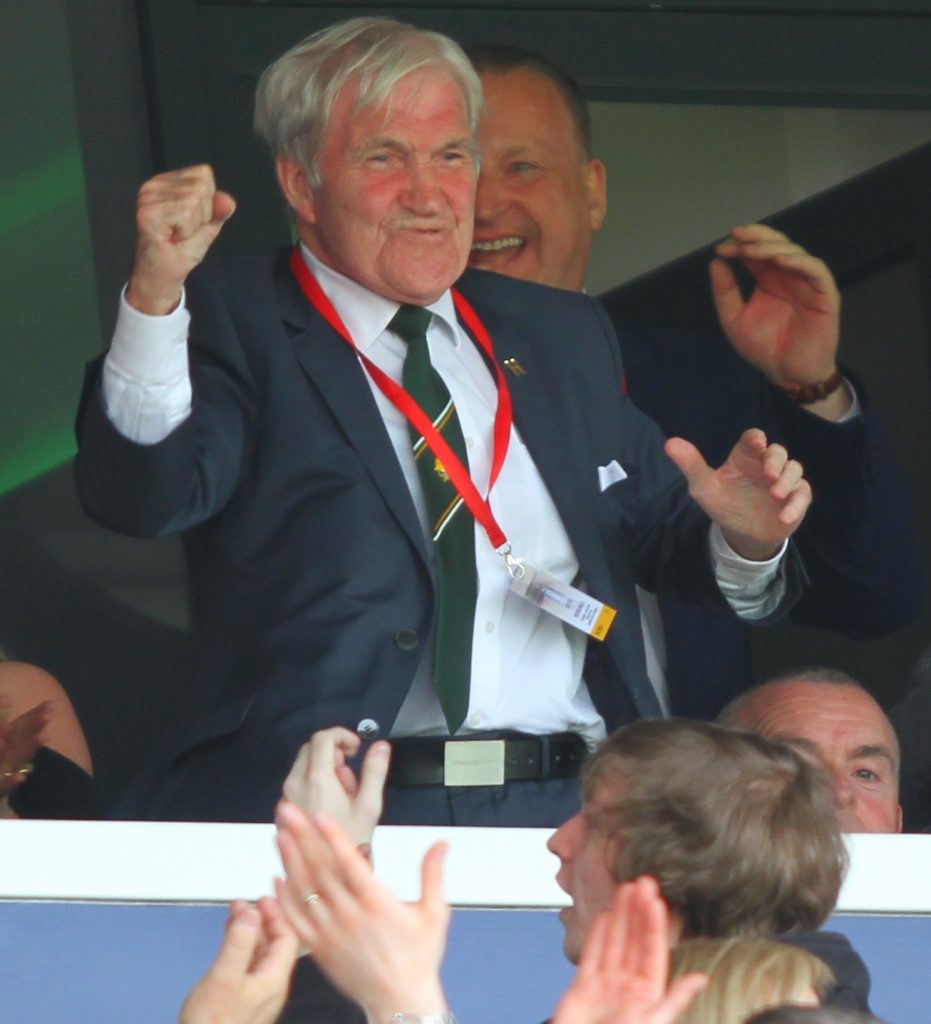 “Listen, I desperately want this current team to make their own history. That is crucial for the way ahead.

“When Jock Stein took over Celtic in March 1965, he took all the players aside and made a simple speech. ‘Now is our time,’ he said before his first game against Airdrie at Broomfield.

“He gathered the team around him in that tight little away dressing room and added: ‘Right, let’s make our own history.’ We won that match 6-0 – I just happened to score five goals – and we never looked back.

“And he pulled off the achievement again last season and deserves great credit for that.

“But that is now in the past, the Rodgers era has gone and now we look ahead.

“Big Jock was never one to dwell on past glories. he insisted the next game was the most important.

“Neil has nine league encounters and possibly two Cup-ties to take care of before the end of the season.

“I note the Scottish Cup Final is scheduled for May 25, coincidentally the same date Celtic became the first British club to win the European Cup in 1967.

“The treble treble would be a nice way of ushering in a new chapter in the club’s folklore. It’s a good team with some smashing individuals, but let’s not get carried away, please.

“They still have a lot to prove in the months ahead, not least making a dent on European competition.

“Maybe then we can start making comparisons with Big Jock’s team.”