Celtic Quick News on News Now
You are at:Home»Latest News»‘YOU CAN’T IMAGINE HOW HAPPY I AM,’ KT
By CQN Magazine on 20th May 2018 Latest News

The Scotand international left-back was subject to some heavy treatment from the opponents and Richard Tait and Liam Grimshaw were both booked in the first-half for clattering challenges on the Hoops star.

Allan Campbel, later yellow-carded for a foul afterwards on Tom Rogic, was fortunate he didn’t join his team-mates in the book, but was shown leniency from referee Kevin Clancy after chopping down Tierney.

However, the rough stuff meant little to KT afterwards as he said: “You can’t imagine how happy I am. It’s crazy. You can see the bond with the fans and us.

“It’s special, something that’s very close to me. I love it. 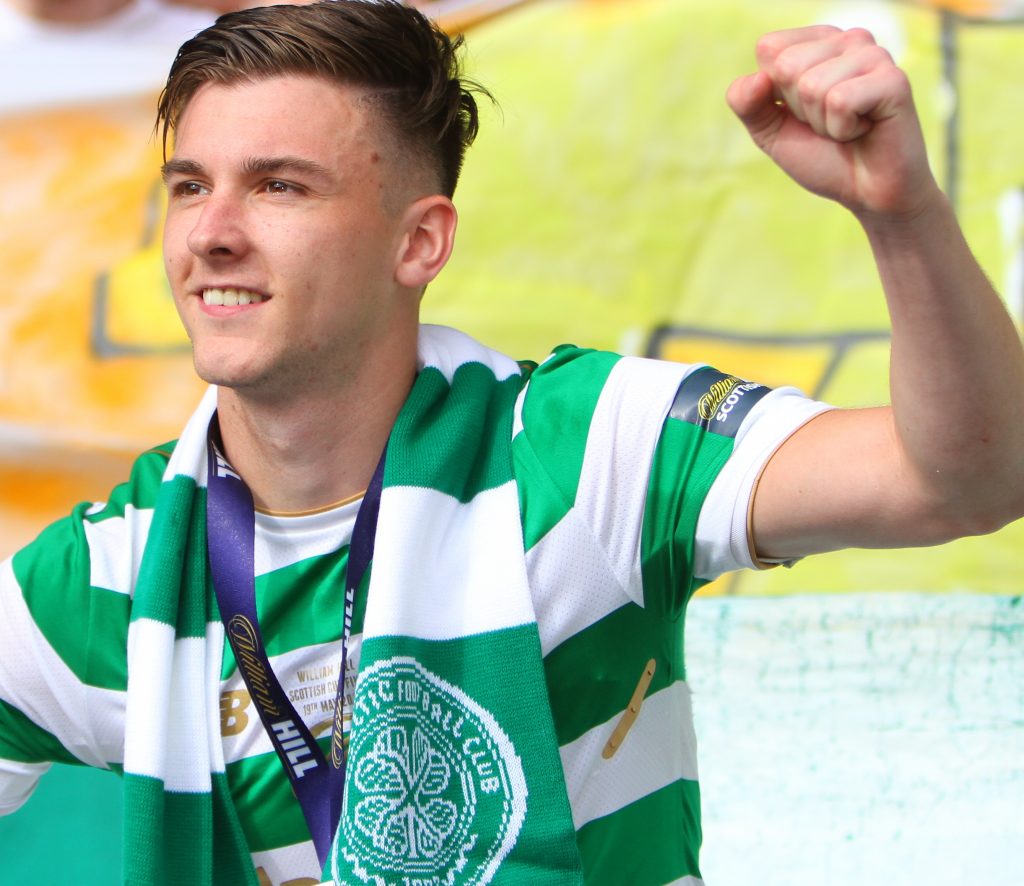 “I don’t have a decision to make about leaving. I’ve signed here for six years.

“It’s football, you never know what can happen, there are no guarantees, but I’m really happy here and I think you can see that.”

The 20-year-old went off after 20 minutes of last year’s Cup Final against Aberdeen with a nasty facial injury following a swinging arm from Jayden Stockley.

Tierney added: “I can remember the Final this time. Last year was obviously different for its own reasons, but the outcome was the same.

“We won the Cup and that’s all that matters.”