This year you made connections with new people. In the first half of the year you connected with 1226 pupils at Chibwata Primary School, Dowa, Central Malawi, who eat in a school kitchen you paid Mary’s Meals to build. This is it: 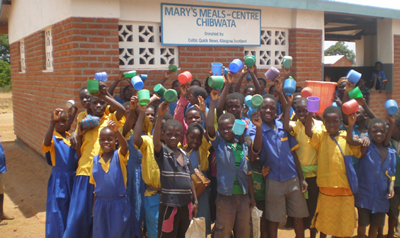 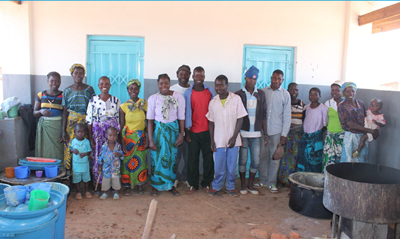 Two months ago you connected with the 1292 pupils at Kholoni Primary School, Mchinji, Central Malawi, who also eat at a school kitchen you paid Mary’s Meals to build. Here it is: 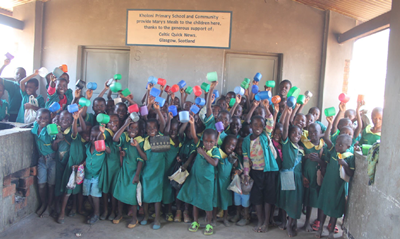 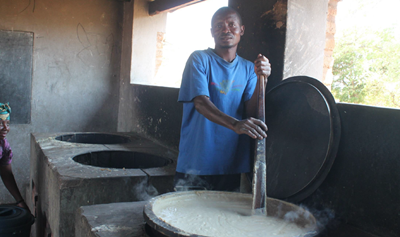 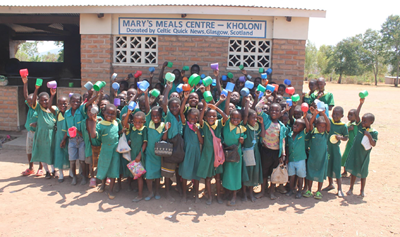 There is now around 4000 kids attending schools in Malawi with kitchens you paid for. Not only are they being fed, they are being educated in greater numbers than ever – enrolment is up around 30% after the kitchens go up. This gives them better life chances. Some will graduate from subsistence living to a life with opportunities.

Villages with better education facilities become more productive and wealthier, as do districts and countries. Across Mary’s Meals 1m plus daily meals, this will provide a significant lift to the drive away from absolute poverty for decades to come.

These are big numbers but the detail is always more revealing. Magners offer us a pair of premium seat tickets for most home games. When we run these competitions dozens of you click to donate to Mary’s Meals, putting food in the larders of school kitchens.

Then there are the regular donations to the Celtic FC Foundation. Celtic work with those who have fallen through the cracks in the UK, Ireland and the developing world. They feed the homeless in Glasgow, make facilities available to kids with autism, and generally go around like a green and white caped crusader. You have always responded to the call.

I get to see lots of this in action, there are small causes too numerous to mention, helped more often than not from people who don’t want you to know what they’ve done. There have been 100 stories in 2015 which will never be written, but will live as private anecdotes, or as kitchens in Africa, or winter clothing for refugees in Serbia.  Celtic fans have been doing this for 128 years, each act is a commemoration of what started it all back in 1887.

I’ve met hundreds of CQN’ers but yet to meet one I didn’t like. Even the raging lunatics online (you know who you are!) are actually very decent people when you get them away from the keyboard. On behalf of the thousands you’ve helped this year, thank you very much.  I’m sure Brother Walfrid would be very proud of you.

Have a great Christmas, you deserve it.