Celtic Quick News on News Now
You are at:Home»Latest News»‘YOU HAVE TO WIN,’ LAMBERT’S MESSAGE TO HOWE
By CQN Magazine on 2nd April 2021 Latest News

FORMER Celtic skipper Paul Lambert has underlined what Eddie Howe MUST expect to produce – if he becomes new Hoops manager.

The ex-Bournemouth boss appears to be frontrunner for the job that became vacant in February when Neil Lennon departed following his second spell at the club.

Howe, who has been out of work since he quit the Vitality Stadium club at the start of August last year, will have to hit the ground running and concentrate on winning games from day one.

Much-travelled gaffer Lambert, who left Ipswich Town earlier this year, told Sky Sports News: “I think whoever goes into Celtic has a big job on their hands. It’s a fantastic football club, it’s worldwide and has pressures with it.

“If Eddie does get the job, I think it’s a good fit. He will know he has to win games, you don’t get away with many draws.

“There are loads of candidates out there to get what is an incredible job, but whoever gets it knows they have to win every week.” 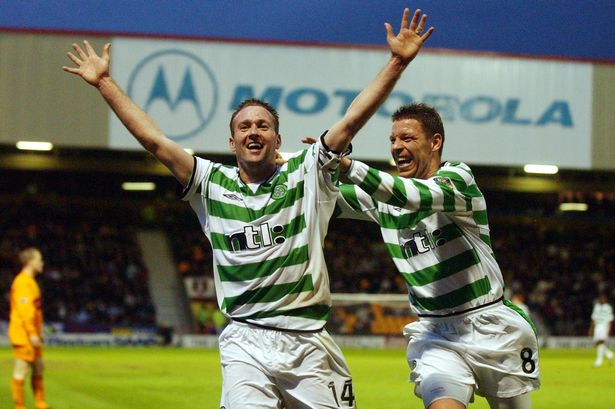 THAT WINNING FEELING…Paul Lambert celebrates a goal along with Alan Thompson.

“You won’t get given a year or two of grace, you have to win, but that’s the nature of the club and that’s what makes it a special club.

“Anyone who has managed or played there will tell you the same.

“It doesn’t matter if Barcelona or Bayern Munich come to town, you have to win. But whoever gets it right there, will be in for a great, great time. If you finish second, it’s virtually last and the Celtic fans will let you know.”

John Kennedy has been placed in charge of the team in an interim capacity and will lead them for a fourth time against League One leaders Falkirk in the Scottish Cup third round tie at Parkhead tomorrow night.