Celtic Quick News on News Now
You are at:Home»Latest News»‘YOU REALLY NEED THE FANS TO STICK WITH YOU,’ INSISTS CELTIC No.1
By CQN Magazine on 20th February 2021 Latest News

SCOTT BAIN admits some Celtic players have been taken aback with the venomous reaction from a section of the club’s support during a disappointing campaign.

The champions’ bid for the historic tenth successive title came off track under a rubble of mistakes on and off the field and the team found themselves trailing well off the pace at the top of the Premiership and out of three competitions – the Champions League, Europa League ad Betfred League Cup – before the turn of the year.

Cheers all too quickly transformed to jeers, adulation was replaced by abuse as some furious fans raged at the inexplicable collapse of the team in a campaign that promised so much in the summer.

Most of the current playing staff have only known success with the team racking up a phenomenal quadruple treble, a spectacular sequence of TWELVE successive domestic trophies, but it has been all-change in the attitude of some followers this time around.

Bain has recovered from being ditched in favour of £4.5million Vasilis Barkas to fight his way back into the No.1 position in the rescent upsurge in the club’s results with Neil Lennon’s side looking for their sixth consecutive league victory against Ross County in Dingwall tomorrow night. 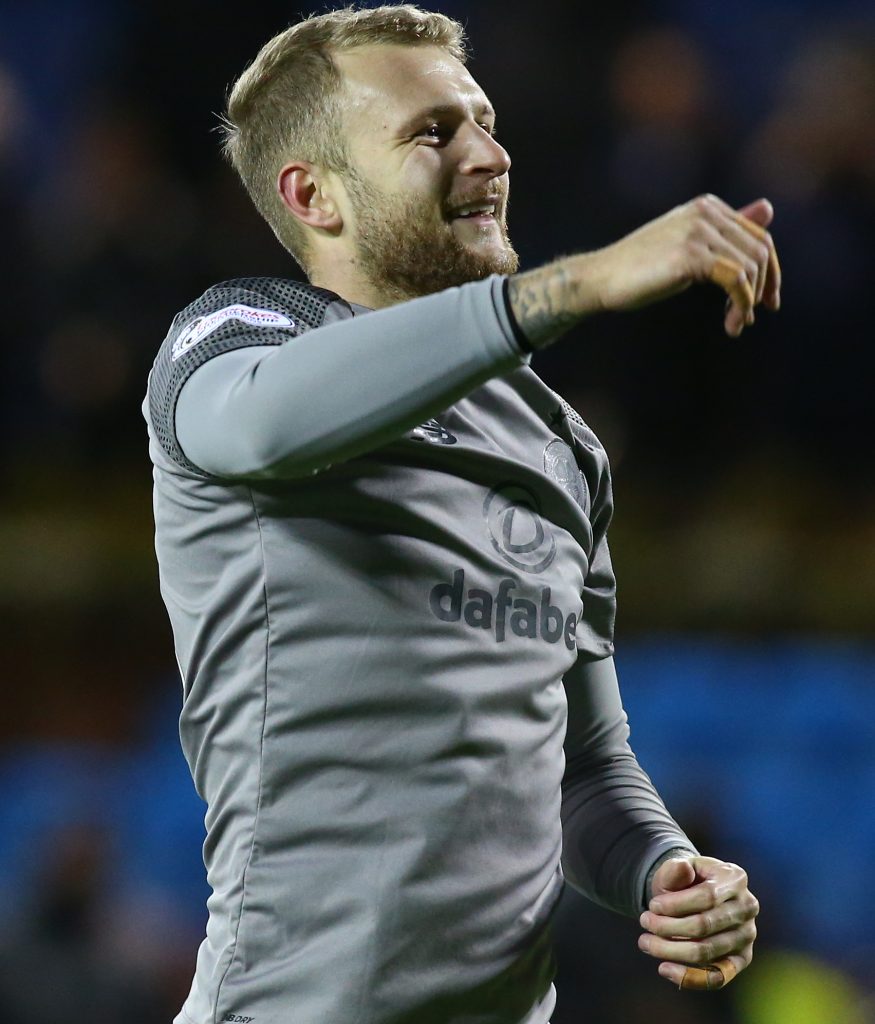 LOW TIMES…Scott Bain can’t disguise his anguish at the loss of a goal.

The former Scotland keeper revealed: “I think it’s difficult for the players and the staff. Previously, there have been nothing but good times, for a long time.

“When things aren’t going your way, that’s when you really need the fans to stick with you, back you up and help you get out of those bad patches. It’s been difficult for some players in terms of how much criticism and negative messages they’ve got through this hard spell.

“It’s part and parcel and comes with the territory of playing for Celtic, I guess.”

The 29-year-old shotstopper, speaking to The Scotsman, added: “We all know football moves fast. If you’re not moving forwards the past gets forgotten really quickly and it’s all about the next game. The games come so fast one good result can be gone in a week.

“We want to do the best we can for the club and, although we’re not where we want to be, we need to keep showing there’s fight in us till the very end and it’s mathematically not possible.

“The drive has never been in question, the results haven’t been great at times this season, but we’ve always tried our best for the club.”