SCOTT ROBERTSON made a winning start to his season-long loan spell at Crewe when they beat Shrewsbury 1-0 in the EFL Trophy last night.

New boss David Artell hailed the 20-year-old Celtic midfielder – and then insisted he could do better.

Robertson, who has already had previous temporary transfers at Gillingham and Doncaster, joined the League One before Monday’s midnight deadline and was thrown straight into the first team for the away tie.

Artell said: “Scott is a good manipulator of the ball, he ticks things over and he passes forward. Are there areas for improvement for him? Yes. Firstly, I think he can score more goals. 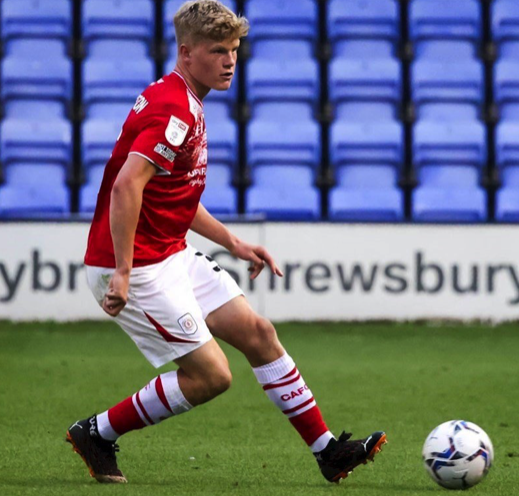 ON THE BALL…Scott Robertson makes his debut for Crewe.

“We will encourage him to get forward and we will ask him to get in and around the opposition box.

“For his debut he was very competent and I thought he did ever so well.”

Afterwards, Robertson, speaking to the Crewe website, admitted: “It’s been great, a great upbringing at Celtic. Somewhere you need to win.

“It was good to get on the pitch tonight and show the winning mentality that’s been built into me from a young age.”

Robertson, who was involved in Ange Postecoglou’s pre-season training camp in Newport and who was named as a substitute for the early Euro ties, has been at the Parkhead side the age of eight.