Celtic Quick News on News Now
You are at:Home»Football Matters»YOUNG CELTS’ TREBLE YELL
By CQN Magazine on 3rd May 2017 Football Matters
A TRIO of talented Celts have been nominated for the PFA Scotland Young Player of the Year award.
Moussa Dembele, Kieran Tierney and Paddy Roberts have all been given the nod by their fellow-professionals at Scottish clubs who have clearly been impressed by the Hoops first-teamers. 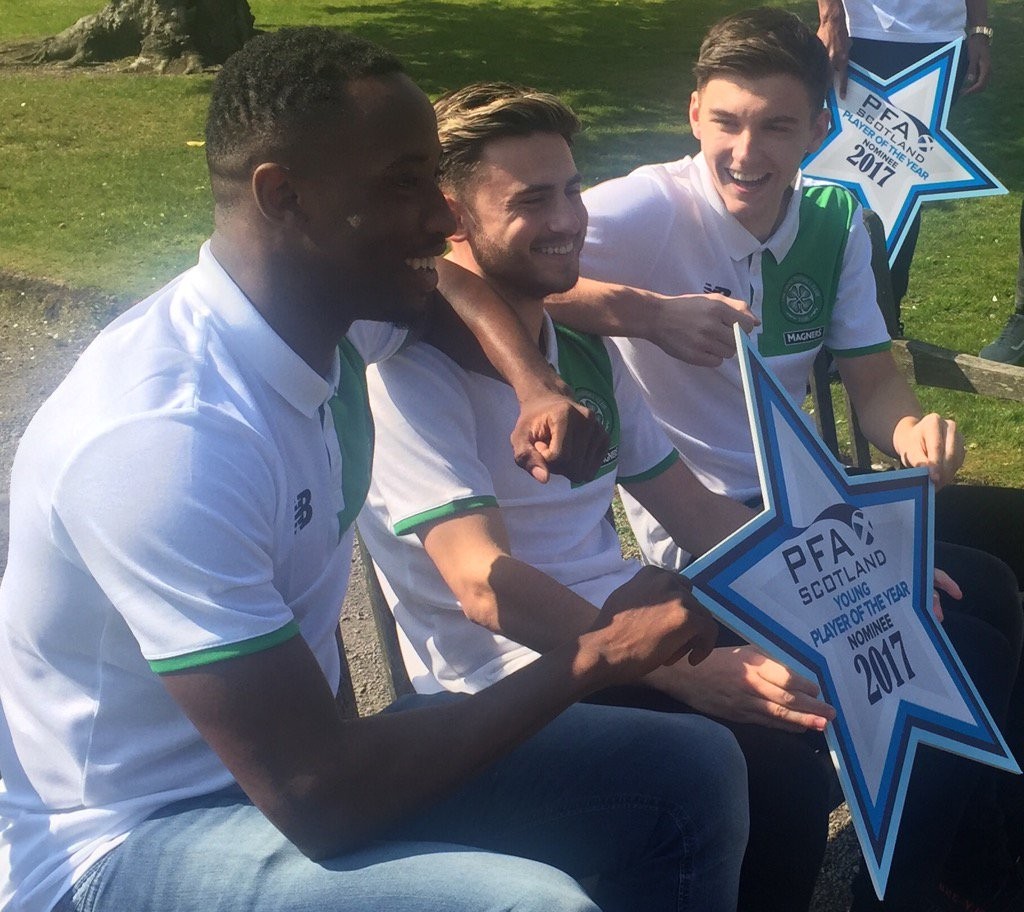 The threesome have contributed more than 40 goals for Brendan Rodgers’ side in all competitions and, individually, have performed superbly as the team chases a domestic treble for the first time in 16 years when Martin O’Neill men achieved the feat.
Dembele, 20, has claimed 32 strikes in his debut season at Parkhead and the French Under-21 international striker has also been nominated for PFA Premiership  Player of the Year.
Roberts, also 20, has starred on the right wing during his loan period from Manchester City which unfortunately expires at the end of the season.
And international left-back Tierney, 19, has made a wonderful comeback following his three-month stint on the sidelines with ankle and shoulder problems.
Hibs striker Jason Cummings completed the four-man shortlist for the award.
The winner will be announced at the PFA annual dinner on Sunday.