BRENDAN RODGERS has accused opposition players, managers and sections of the media of being envious of Scott Brown.

Ross County defender Andrew Davies was red-carded for what the Celtic boss labelled “one of the worst challenges he has seen” on the Hoops skipper in the champions’ 3-0 win at the weekend.

Aberdeen forward Sam Cosgrove was also sent off last month for an over-the-top challenge on Brown.

Asked if he feared his captain was a target for the opposition, Rodgers said: “I don’t think it is just for players.

“Based on my time up here, there is a lot of envy towards Scott Brown.

“I see it in certain media sectors, I see it in the playing sector and I see it from managers.

“He is a player that instead of being envious over should be emulated. What very rarely gets talked about is what a really good footballer he is. 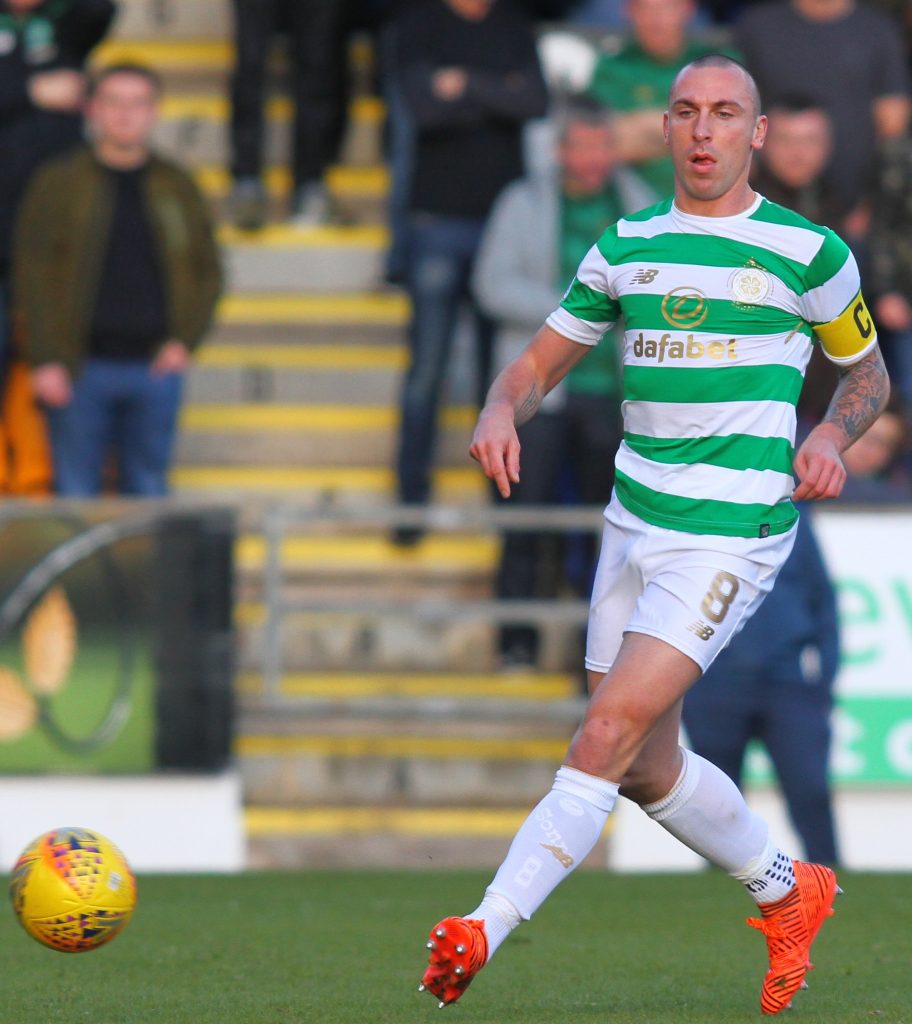 “Yes, he is one of those characters, I had it with Luis Suarez. Every ground you went to Luis got it, but it only raised his performance level.

“Scott is the same, in terms of that mentality to the game.”

He added: “When you are that type, of course, you are going to be liable to be targeted at times, but he deals with that. He is also a very fair and honest player.

“If you can produce more Scottish players like that, you’d have some quality players. I read a report about him being ‘mediocre’.

“He’s not that, just because he’s chosen to stay in Scotland, he’s a top-class player at one of the world’s biggest clubs.”