TEN THOUSAND Celtic fans turned up in Munich for a party this week, enjoyed some German beer and sang their hearts out before, during and after the 3-0 defeat to an excellent Bayern Munich side.

Despite a beer or two being consumed by most, if not all the traveling support, there was no trouble, no arrests and no problem whatsoever with the residents of Munich, the Bayern fans or indeed the Polizei Muenchen.

Okay there was some rubbish left behind, just like there always is after a large gathering at a festival , concert or when football fans gather.

The Celtic support spend good money in Munich, in hotels, restaurants, cafes, public transport and in cafes and bars. Glasgow will get a similar economic boost when the Munich fans arrive at the end of the month.

However, desperate to find some controversy surrounding Celtic, first we had the Scottish Sun claiming that someone was singing an IRA song at Manchester Airport on the way to the game, then we had stories emerge about the total mess the Celtic fans made at at the Marienplatz.

Here are some pics that they have been using. 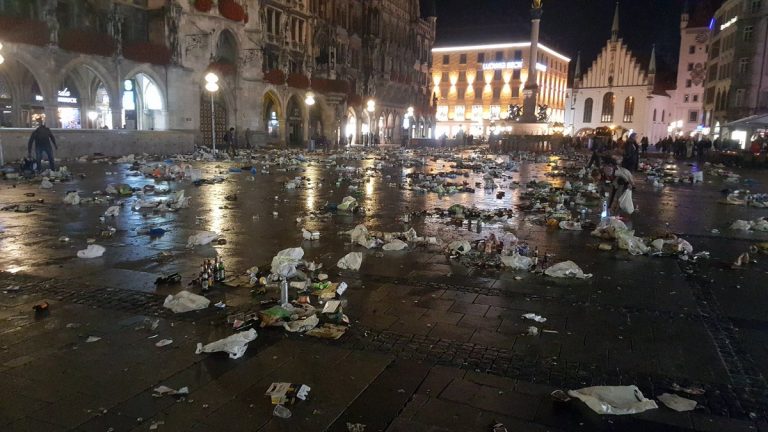 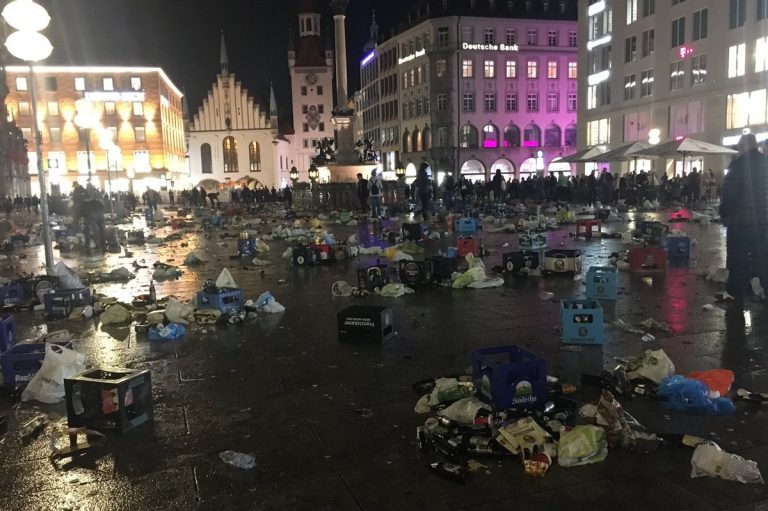 However the Munch Police, while recognizing the mess left at the Marienplatz have thanked the Celtic support for “being peacefully” and revealed that “there was contamination only because for security reasons, no waste bins are set up.”

The local Police also noted that the Celtic fans “celebrated while loudly but peacefully, without damaging anything.” 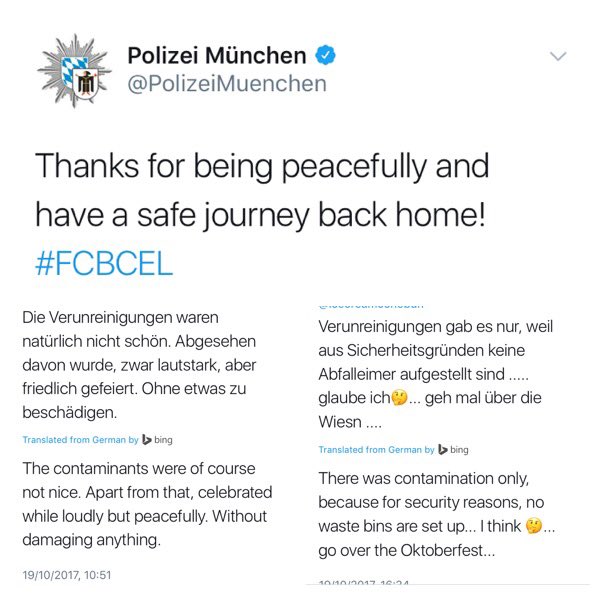 Contrast this with just one story on this that has emerged:

“But though Celtic fans made a commendable case for themselves inside the stadium, it was altogether a stark contrast outside of the stadium at the Marienplatz, the city’s center square where Celtic fans gathered for a pre-match party.

“In the aftermath of the party by the 10,000 strong Celtic army, the city square was left utterly littered with beer and wine bottles, leftover foods, plastics, wrappers, and crates; not exactly the ideal impression for the locals.” 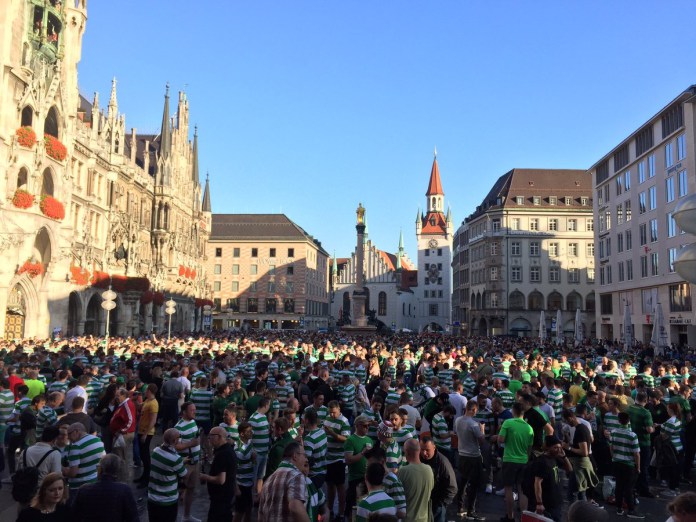