Celtic Quick News on News Now
You are at:Home»In Pictures»IN PICTURES: RETURN TO PARADISE
By CQN Magazine on 16th July 2019 In Pictures

CELTIC returned to action in Paradise in the weekend’s scoreless stalemate against French Cup winners Rennes.

It didn’t seem such a gap in time since the eight-in-a-row champions had played in front of a packed 60,000 audience on Flag Day when they pulled down the curtain on another successful Premiership campaign – 55 days, to be precise.

On May 19 – six days before the historic Scottish Cup triumph over Hearts to seal the unprecedented treble treble – the Parkhead patrons celebrated when two goals from Mikey Johnston gave them a 2-1 triumph over their Edinburgh visitors.

It was an action replay at Hampden on May 25, a special date in the Hoops calendar, when Odsonne Edouard took over the mantle as main marksman with a double in the 2-1 victory as Neil Lennon’s side made it nine successive domestic trophies during their phenomenal record-breaking run. 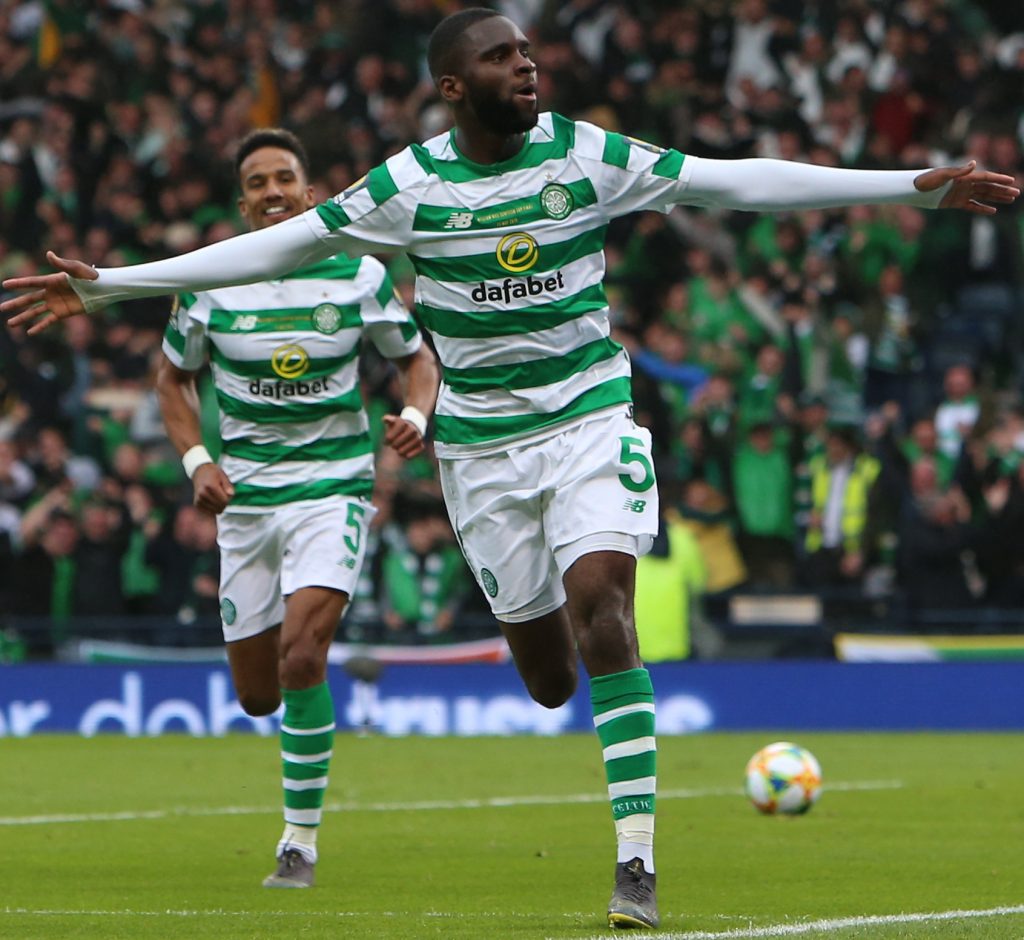 HOOP HOOP HOORAY…Odsonne Edouard is about to be congratulated by Scott Sinclair after his Scottish Cup winner against Hearts.

Saturday’s encounter against the French outfit was light years away in terms of drama and excitement, but it was another step towards the real thing.

St Johnstone will be in the east end of Glasgow on Saturday, August 3 when the flag is unfurled to mark the occasion of eight consecutive championships. Then all eyes will be on nine en route to the magical 10.

First things first, though. The first competitive confrontation at the home of the title kings will take place tomorrow night in the second leg of the opening Champions League qualifiers when FK Sarajevo provide the opposition. Goals from Johnston, Edouard and Scott Sinclair earned the team a 3-1 win in Bosnia last week and Lennon’s men will be too professional as they take the opportunity to book their place in the next round.

The 90 minutes against Rennes gave the supporters their first opportunity of weighing up the qualities of new Bhoys Christopher Jullien, bought from Toulouse for £7million, and midfielder Luca Connell, a £350,000 arrival from Bolton. There was also the chance to welcome back Leigh Griffiths for his first appearance at Parkhead in 2019.

CQN‘s team of snappers supreme were there to capture the action. 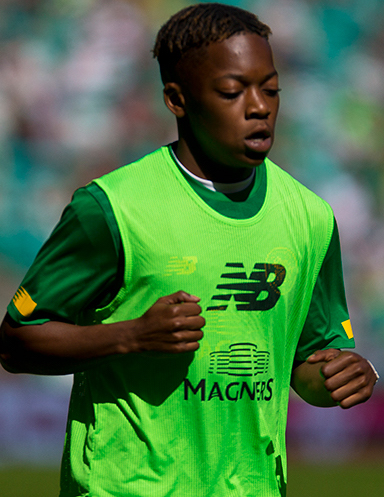 READY FOR THE BIG KICK-OFF…16-year-old Karamoko Dembele warms up for the friendly ahead of a crucial campaign. 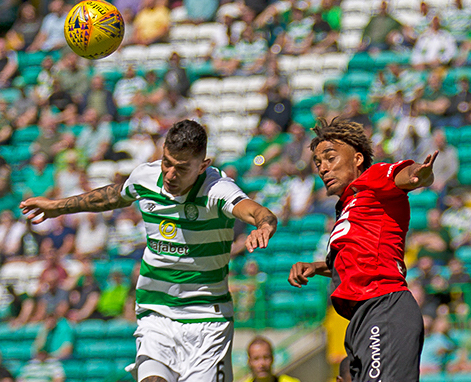 HEADS I WIN…Nir Bitton puts pressure on the Rennes rearguard. 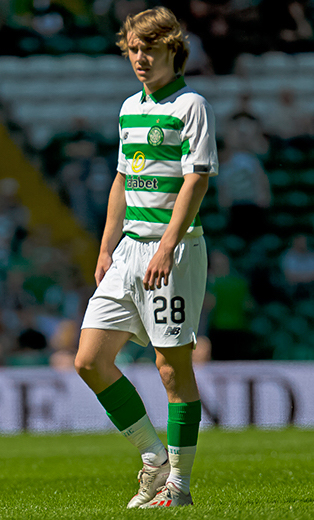 BHOY WITH A DREAM…Luca Connell knocked back a queue of suitors to join the Hoops. 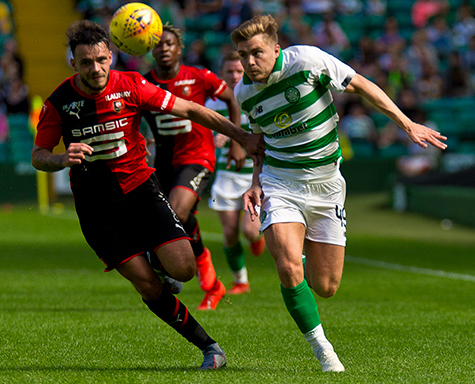 THE RACE IS ON…James Forrest displays his early-season determination. 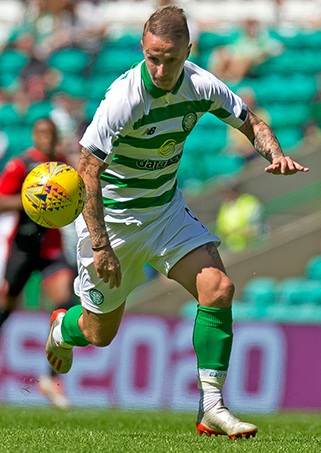 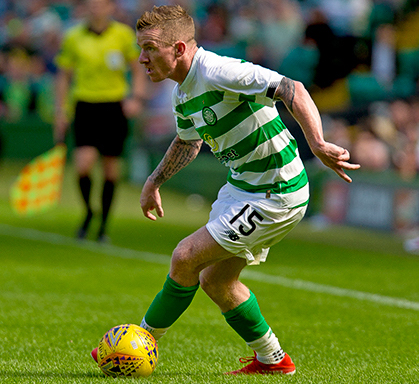 BY THE LEFT…Jonny Hayes lines up a cross from the wing. 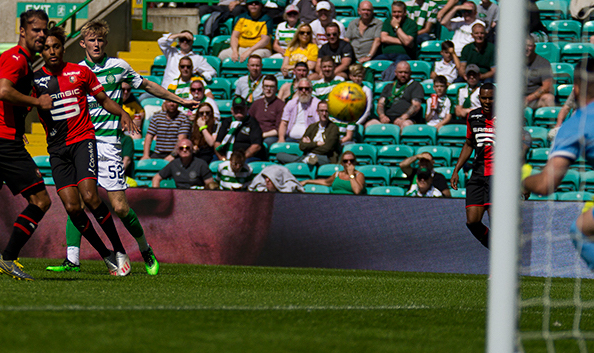 WHAM…Ewan Henderson thumps a shot at goal that brought an excellent stop from the Rennes keeper. 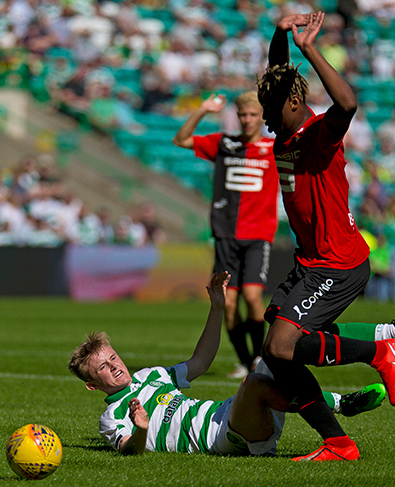 GROUNDED…Henderson hits the turf after a challenge. 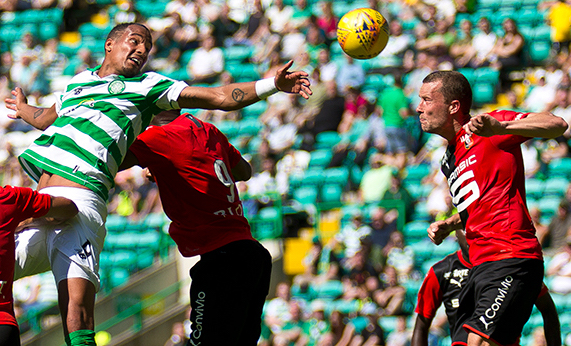 HEADMASTER…Christopher Jullien is outnumbered as he goes for a high ball. 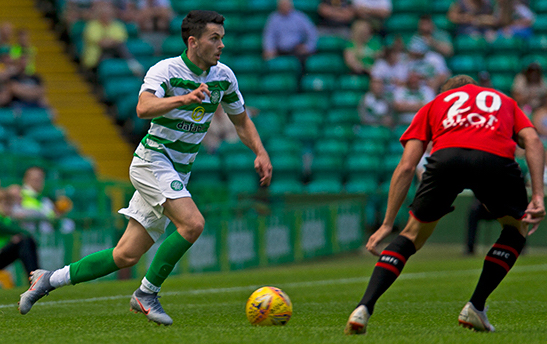 ON A WING AND A SLAYER…Lewis Morgan threatens the opposition. 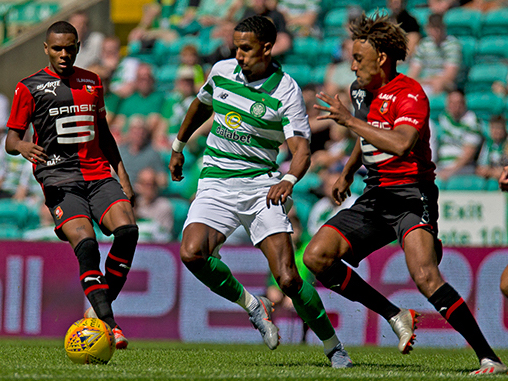 BACK IN THE OLD ROUTINE…Scott Sinclair cuts in from the wing as he prepares for his fourth season in the hoops.