The 20-year-old raider was taken under the wing of his fellow-Israeli when he arrived at Parkhead last July following his £3.75million switch from Maccabi Petah Tikva.

Abada joined the Ange Postecoglou revolution and played his part in the club winning its tenth title in 11 years plus adding the Premier Sports League Cup for good measure. 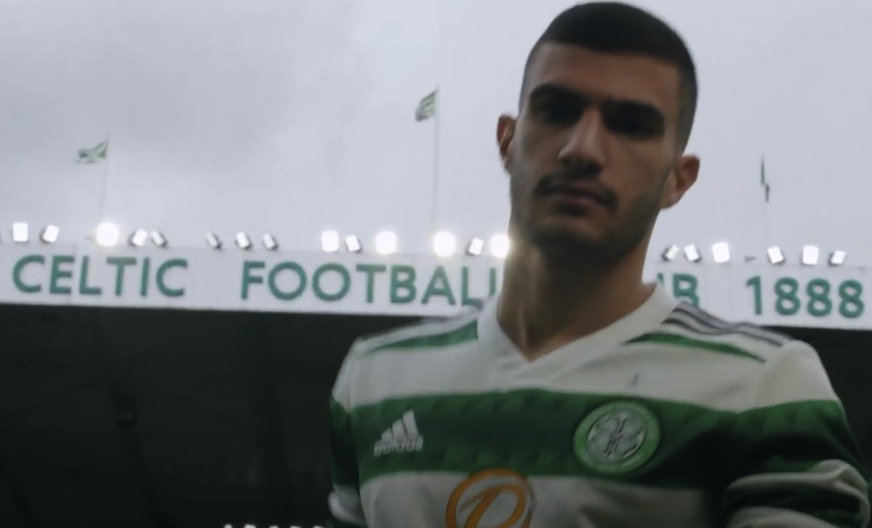 A BHOY IN PARADISE…Liel Abada is ready for the 2022/23 campaign – at home and abroad.

The lively touchline ace contributed a praiseworthy 15 goals and 11 assists in his debut campaign in the famous green and white hoops – and he gave a lot of credit to 30-year-old Bitton who left the club in the summer following an emotional farewell alongside Tom Rogic in the 6-0 victory over Motherwell in the east end of Glasgow on May 14.

The experienced international captain is now back in his homeland after agreeing a two-year deal at Maccabi Tel Aviv, but the young Celt revealed they are still in touch.

Abada, who scored on his debut in the 1-1 Champions League qualifier against FC Midtjylland in which Bitton was red carded, said: “When I first came to Celtic I didn’t speak English, I had a teacher and he would help me.

“Nir Bitton was a big brother to me and I would speak to him about everything and he helped me a lot last year. I really love him and miss him.

“Now we speak a lot on FaceTime. 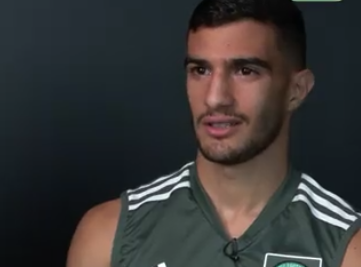 “The manager has been big for me because he gave me the confidence last year and, hopefully, this season I can improve.

“I have targets for goals and assists, but I want to keep that to myself, maybe ask me at the end of the season and I will tell you if I reached them.

“Hopefully, I get a lot of goals and assists for the club and help the team this year.”

Abada, speaking to Celtic TV, continued: “I think I have two favourite goals from last season – one against Dundee United and one against Rangers.

“If you ask me what’s better it’s a difficult question, but the goal against Dundee United was so important as we played Rangers after that.” 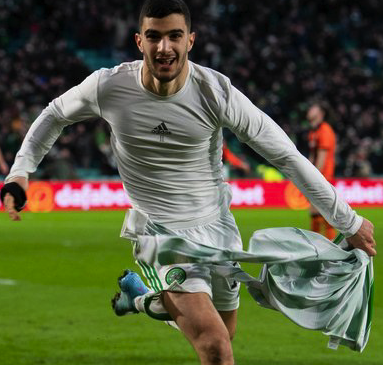 UNITED WE STAND…Liel Abada removes his Celtic top in celebration after netting the stoppage-time winner against the Tannadice club on January 29 at Parkhead.

The strike against the Tannadice side came on January 29 deep in stoppage time when the winger blasted past future team-mate Benji Siegrist for the only goal of a tense encounter.

That set up Postecoglou’s men for the decisive derby against Giovanni van Bronckhorst’s Ibrox club five days later at a pulsating Parkhead when Abada timed his run into the box to perfection to turn a left-wing cross from Reo Hatate past the stranded Allan McGregor.

That was the third goal in a breathtaking 45 minutes with the Japanese new Bhoy firing the team to a two-goal advantage with two crisp long-range efforts.

Celtic won 3-0 and went to the Premiership pinnacle for the first time in 18 months and proved to be unshakeable as they lifted the crown by four points.

The flag triumph put Celtic directly into the group stages of Europe’s elite competition and Abada added: “Getting to play in the Champions League is a dream come true for me.

“When I started playing football, I saw it on the TV and watched the best players in it, so this is a good opportunity for us to bring our football to that stage and, hopefully, we will have some good games.”