ODSONNE EDOUARD is at the centre of a £35million whirlwind of transfer speculation.

The French striker has been caught up in a frenzy of “informed reports” that have linked him with at least five clubs who are apparently ready to shell out big bucks for the 23-year-old who has claimed a meagre seven Premiership goals this season.

Edouard cost £9million when he arrived from Paris Saint-Germain in June 2018 when he agreed a four-year contract.

The flamboyant frontman persuaded the Hoops to shell out a record fee following his impressive season on loan from the French giants.

Depending on which reports you read, Edouard could now be packing his bags and heading for one of the following clubs – West Ham, Arsenal, Spurs, Leicester City…or Real Madrid. 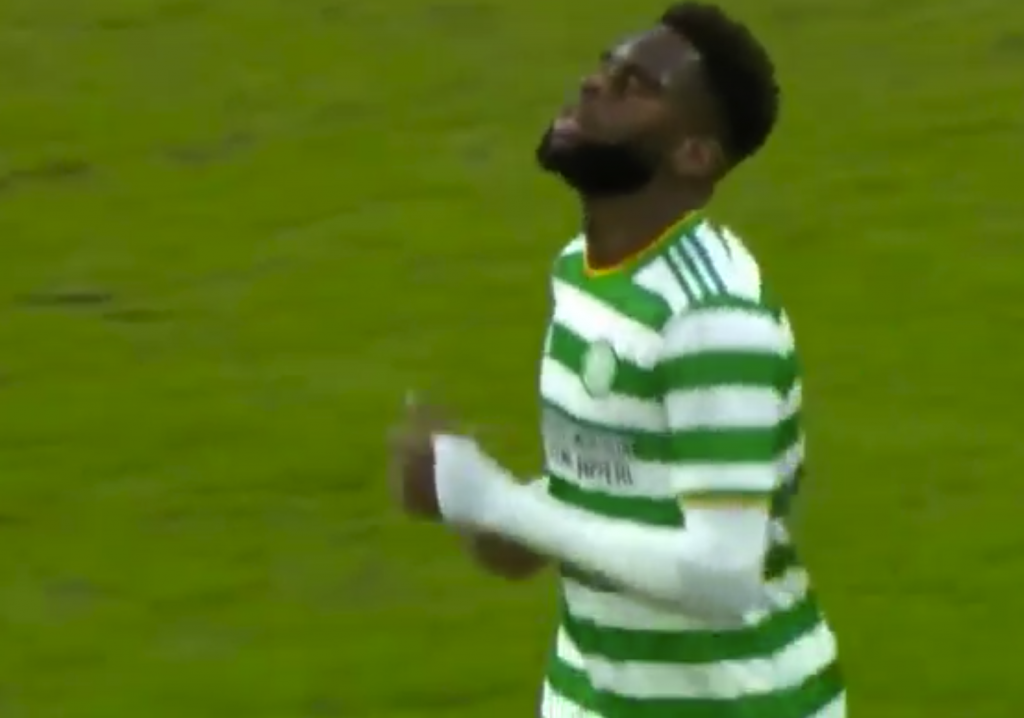 Ex-Celt Davie Moyes is about to step up his efforts to bring the former French Under-21 international to the Hammers and he is poised to pay £35million, according to the Sunday Star.

The London club’s boss is on the look-out for a new frontman after Sebastien Haller’s £20million departure for Ajax and the continued worries over Michail Antonio’s fitness.

Moyes is said to be an admirer of Edouard who has claimed a total of 74 goals in 151 games since joining Celtic.

Arsenal, according to the same newspaper, are also monitoring the situation and Mikel Arteta may be forced to make a deadline-beating move with the Emirates gaffer unsure when Pierre-Emerick Aubemeyang will return as he deals with a “personal issue”.

The club captain was withdrawn from the squad hours before their 1-0 defeat to Southampton yesterday which saw the FA Cup holders knocked out of the competition.

Asked about Aubemayang’s availablity for their midweek league game against the same side, Arteta told Sky Sports News: “I don’t know. He needs to address that issue, we’ll see how it evolves.

“We’re here and we have to support him and he needs to take the time that is needed because that is a priority at the moment.” 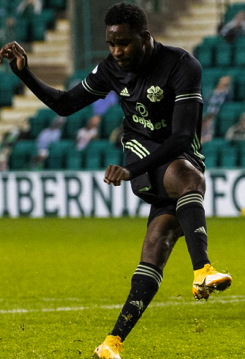 SPOT ON…Odsonne Edouard thumps in a penalty-kick in the 2-2 draw with Hibs at Easter Road.

According to the same journal, Edouard is keen to move to London where Spurs could be another in contention for the player’s extravagant skills that have only been witnessed in rare flashes this time around at the champions after his 28-goal spree last term.

Meanwhile, Brendan Rodgers, the man who originally brought the forward to the Hoops, is also weighing up a swoop, according to the Sunday Mail, with the newspaper stating the player’s value may have dropped to somewhere in the £20million region.

The Leicester City manager is seeking reinforcements for his squad while he has concerns over 34-year-old Jamie Vardy who has a hernia problem that will rule him out for a few weeks.

Edouard may even been seen as the ideal long-term replacement for the veteran hitman.

But Real Madrid could scupper interest from the English sides with a dramatic move as they look to replace Luka Jovic who has returned to Eintracht Frankfurt leaving Zinedine Zidane without back-up for Karim Benzema.

Edouard is apparently well-known to the Spanish giants’ French superstar gaffer following his 15 goals in 10 appearances for the nation’s Under-21 team, according to media outlet Don Balon.

They eye Edouard in the £19.5million bracket. 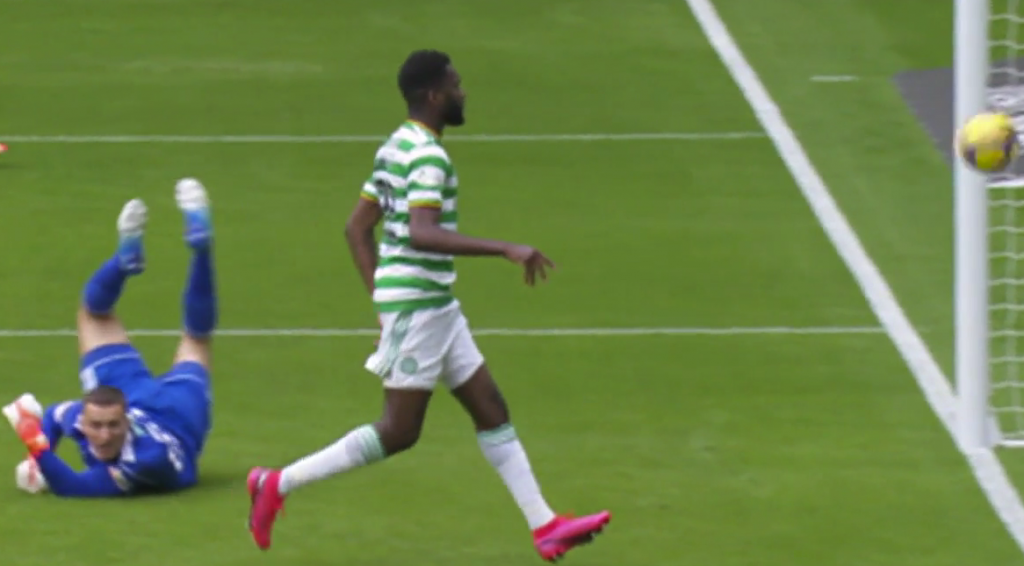 IDEAL START…Odsonne Edouard knocks in the first of his trio against Hamilton Accies in August.

Meanwhile, the player could be in line to return to the Celtic first team for their Premiership encounter against Hamilton Accies at Parkhead on Wednesday night where he will be looking for his first strike of 2021.

He fired blanks in the 1-0 loss at Ibrox on January 2 and sat out the 1-1 draw with Hibs and goalless stalemate with Livingston due to Covid-rated issues.

He was also missing during the 2-2 deadlock with the West Lothian club in midweek with a knee problem.

Edouard might welcome a return against Accies after scoring a hat-trick against them on Flag Day on August 2 when the champions kicked off their pursuit of a tenth successive title with a 5-1 triumph.