The Argentinian maestro became the first player to score in 16 consecutive Champions League seasons as he guided his side to a victory in their Group G opener at the Nou Camp stadium last night.

Messi thumped in a first-half penalty-kick for his 116th goal in the competition.

Ansu Fati added a second and Philippe Coutinho claimed another early in the second half, but Barca defender Gerard Pique was red-carded after giving away a spot-kick that was netted by Igor Kharatin. 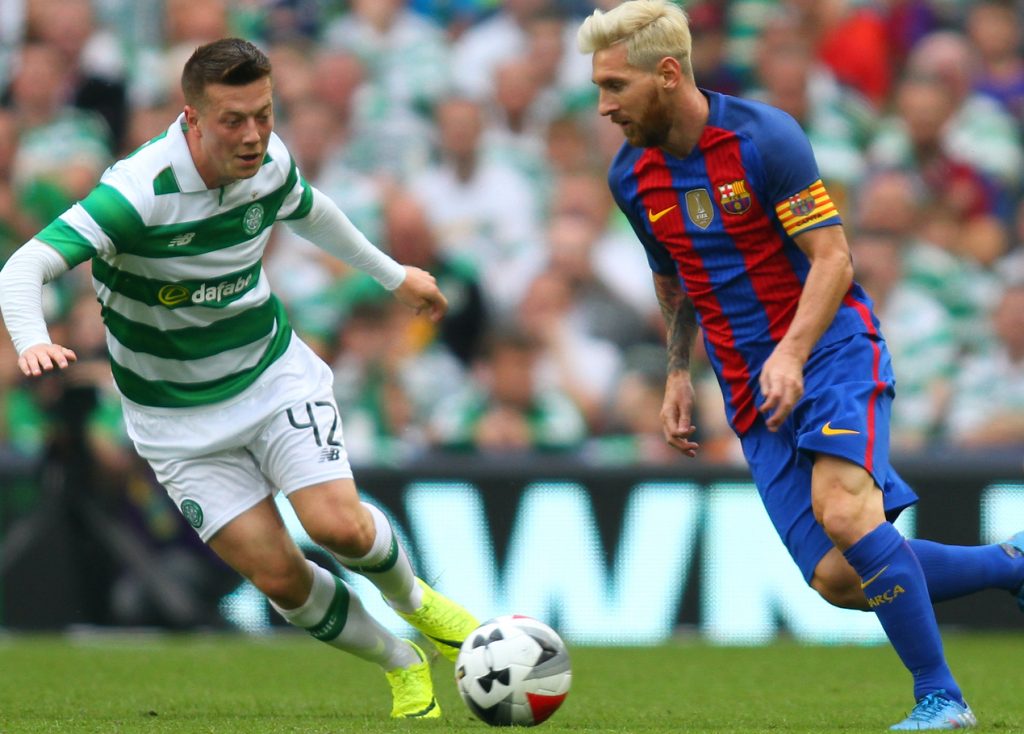 Seventeen-year-old Pedri netted his first goal after arriving from second-tier Las Palmas in the summer while Ousmane Dembele added a late fifth.

The Hungarians, who shocked Neil Lennon’s side 2-1 at Parkhead in August, were swatted aside by the Spanish cracks who moved above Juventus on goal difference at the top of the group after the Italian champions won 2-0 away at Dynamo Kiev with a double from Alvaro Morata.

Old Hoops adversary Andrea Pirlo, the Turin club’s recently-appointed coach, enjoyed his first victory as a manager in Europe’s elite club competition, which he won twice with AC Milan during his playing days as a midfielder.

A clever backheel by Aaron Ramsey set up Dejan Kulusevski and although the Swedish winger’s shot was saved, Morata was on hand to fire home the rebound and the Spaniard then stole in front of his marker to head home from close range in the 84th minute. 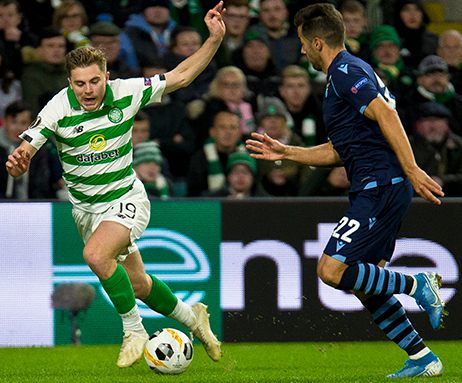 THE ITALIAN JOB…James Forrest in action against Lazio last season.

Meanwhile, Lazio’s Ciro Immobile, who was on target, but couldn’t prevent Celtic winning in Rome last season, scored against his former club Borussia Dortmund in a 3-1 home victory marking their return to the Champions League group phase after a 13-year absence.

Their second was credited as an own goal by keeper Marwin Hitz while substitute Jean-Daniel Akpa-Akpro got the third.

The Bundesliga outfit’s Norway striker Erling Haaland kept up his prolific Champions League scoring form with a second-half goal to make it 2-1 but that was to be the German club’s consolation.

Celtic go into the European spotlight tomorrow night when they take on Serie A leaders AC Milan in their Europa League Group H encounter at Parkhead.