Celtic Quick News on News Now
You are at:Home»Latest News»‘STILL A LOT TO DO,’ ADMITS £5m MATCHWINNER
By CQN Magazine on 20th September 2020 Latest News

ALBIAN AJETI is proving to be a £5million matchwinner for Celtic.

The Swiss international striker, who arrived from West Ham in the summer, netted his fourth goal in five appearances in the 3-2 victory over Livingston at Parkhead yesterday.

It was his second points-clincher for the Hoops after his strike against Dundee United at Tannadice last month on his debut as a second-half substitute. His latest effort, adding to the earlier goals from Callum McGregor and Ryan Christie, took the club back to the pinnacle of the Premiership.

The elusive 23-year-old frontman is already emphasising the skills and quality that made him a priority signing for Neil Lennon.

Ajeti, speaking to the Celtic website, said: “I’m happy we got the three points. It was a well-deserved win for us. We’ve been playing well, created chances and showed an amazing reaction after conceding the first goal.

SWISS HIT…Albian Ajeti prepares to pull the trigger for the third goal.

BANG…it’s on target as the ball flies into the net with Livi keeper Robbie McCrorie stranded. 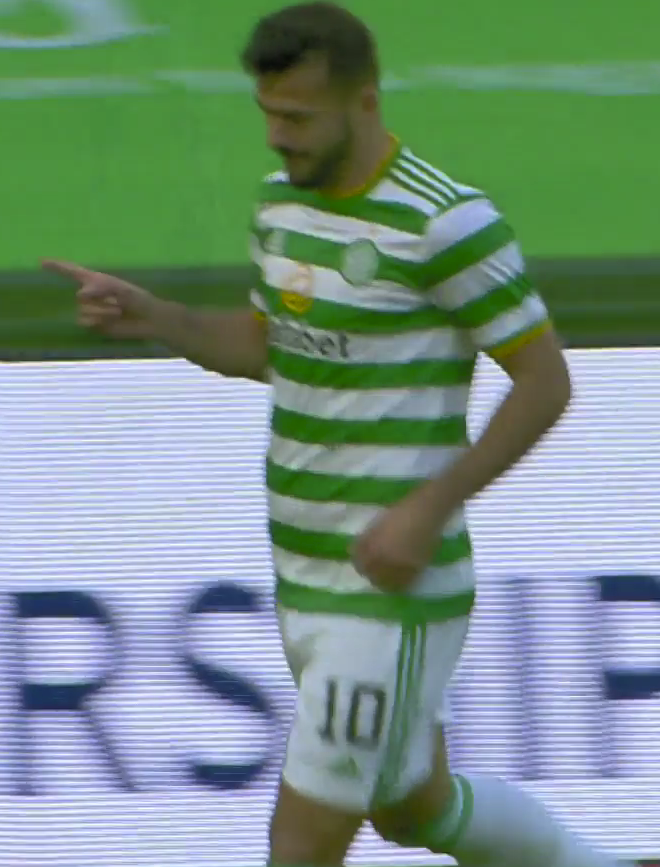 “The scoreline might show that it was tight, but if you saw the game, we were controlling the whole game. You can’t stop every cross or every shot, but, in general, we were in control and we didn’t feel like we were under a lot of pressure.

“I’m feeling good and I’m close to 100 per cent, but there’s still a lot to do. I’m happy I could play from the start, but, first of all, it was good that we got the win.

“I expect to score goals, but the first thing is to try and help the team to win the game and if I can score, even better.”

Ajeti added: “The season is still early and there’s still a long way to go, but, for us, it’s good to be top of the table. We look game by game and this is the way we want to go. We took a great step on Saturday and we’re happy to be top.

“If I play well, and if we win, then the confidence is always higher than if you lose. We got the win last week and on Wednesday and we won on this occasion, so the confidence is high. I still have a lot of work to do, but I’ve never had a problem with my confidence.

“We want to win and get the three points and it doesn’t matter who scores, so long as we win.”