Celtic Quick News on News Now
You are at:Home»Match Report»CELTIC 3 LIVINGSTON 2: CELTS AT THE SUMMIT – AFTER LATE SCARE
By CQN Magazine on 19th September 2020 Match Report

CELTIC are back on top of the Premiership – but what a hard job they made of reaching the pinnacle.

It looked as though they were coating to three points with goals from Callum McGregor, Ryan Christie and Albian Ajeti, but a late long-range strike from Livi made for a tense countdown to the final minutes at Parkhead this afternoon.

The Hoops enjoyed the bulk of the possession, but they just could not convert that into goals which is a problem for Neil Lennon to solve.

As expected, Celtic started on the front foot and drove at the Livi rearguard with Neil Lennon exhorting them to move forward at pace.

Olivier Ntcham had a shot blocked by a desperate defender, Greg Taylor misplaced a through pass and Jeremie Frimpong was robbed of the ball by Jullian Serrano when it looked as though he was building up a full head of steam on the right. 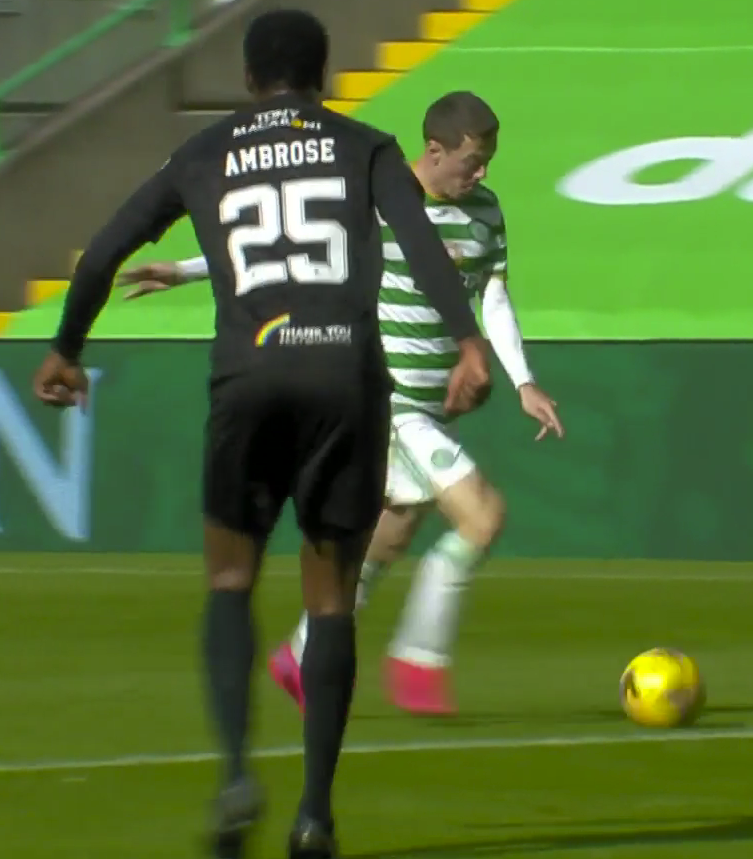 BY THE LEFT…Callum McGregor lines up the strike for the equaliser with former team-mate Efe Ambrose getting a close-up view.

In the 13th minute, Christie whipped a 25-yard free-kick just over the bar with keeper Robbie McCrorie rooted to the spot.

Moments later, McCrorie fumbled a low drive from Taylor and Christie’s follow-up shot was smuggled clear. The Hoops players claimed for hand ball by defender Ciaron Brown, but referee Gavin Duncan was having none of it.

In the 16th minute, the ref was quick to point to the spot at the other end, though, when he deemed Kristoffer Ajer had handled a cross from the right. It was clearly accidental, but the match official would not be swayed from his decision.

Jason Holt swept the award wide of Vasilis Barkas to his right with the keeper making a commendable effort to get his hands to the ball.

Four minutes later, McGregor had the perfect response as he rifled in the equaliser – and what a strike it was.

The clever Ajeti held up play before knocking the ball back into the stride of the Scotland international midfielder. He took a couple of touches as he advanaced towards the 18-yard box.

McGregor took aim and thumped an unstoppable left-foot drive high past the helpless McCrorie into his top far corner.

In the 23rd minute, the champions took the lead and once again McGregor was pivotal in the build-up as he released Taylor with a sweet pass inside Marvin Bartley. The left-back’s ball was low and crisp and Christie materialised smack in front of goal to crash it into the net. 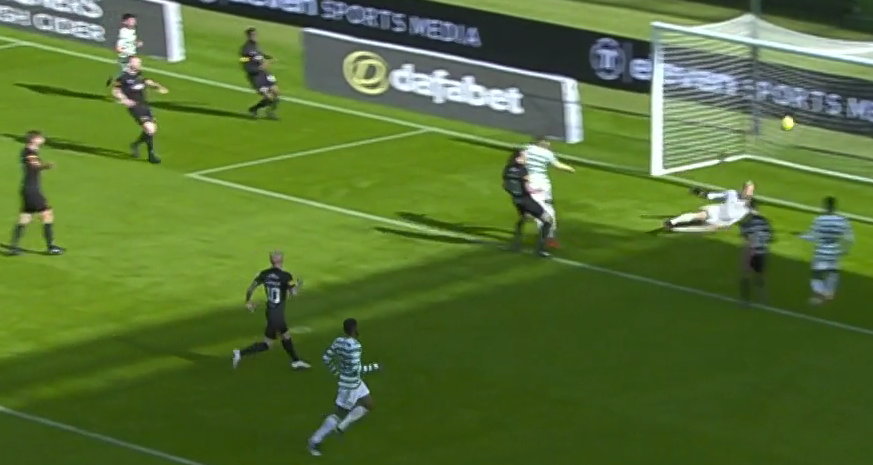 The Hoops continued to maintain a high tempo as they went in search of more goals against a defence that was snapping into challenges anywhere near their penalty area.

At any given time, the visitors had seven or eight defenders strung across their box as Lennon’s men probed to exploit any gaps that may appear.

In the 42nd minute, McGregor and Christie combined, but a slightly heavy touch from the latter saw McCrorie race from his line to flop on the ball and the chance was gone.

Seven minutes after the break, Ajeti made it 3-1 with a quality goal after some slick lead-up play concerning Ntcham and Christie. The Scotland international playmaker threaded the ball into the path of the rampaging Swiss attacker whose left-footed finish was absolutely clinical.

McCrorie rushed from his line, but he didn’t have a chance as Ajeti curled the ball wide of his right hand and into the inviting net. It was the £5million man’s fourth goal in five appearances and it already looks as though he will be a key player as the campaign progresses.

NUMBER THREE…Albian Ajeti prepares to curl the matchwinner beyond the stranded Livi keeper.

On the hour mark, Shane Duffy, looking for another goal, got his head to a left-wing corner-kick, but his effort thumped into the sidenet.

In the 69th minute, Frimpong teased his way into a shooting position in the box, but the angle was against the Dutch ace and McCrorie was able to come out and block his drive.

Two minutes later, the adventurous teenager tried his luck with a left-foot effort, but it was wayward as it flew well wide.

In the 73rd minute, the attacking right-back and Hatem Abd Elhamed left the scene to be replaced by Nir Bitton and James Forrest.

Five minutes later, Serrano rocked Celtic when he walloped in a long-range effort with Barkas looking slow to see the danger. It set up a tense finale in a contest the champions looked to have done and dusted. 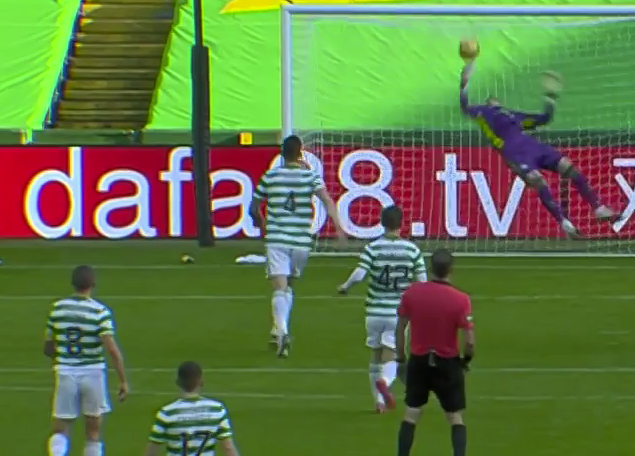 Eleven minutes from time, Patryk Klimala came on for the hard-wotking Ajeti as Lennon freshened up the side.

The Czech striker was joined by Mohamed Elyounoussi and David Turnbull as they replaced Ntcham and Christie in the 85th minute.

Now all eyes are on Latvia on Thursday evening as the Hoops take on Riga as they hope to make progress in the Europa League.

Lessons, hopefully, will have been learned from this encounter.