NEIL LENNON was fuming that a Sky Italia report insisting AC Milan will make a bid for Kristoffer Ajer emerged on the day of a game.

The Norwegian international played in Celtic’s 3-2 win over Livingston that put the champions back to the pinnacle of the Premiership.

However, Ajer struggled in the first-half and was adjudged by referee Gavin Duncan to have handled the ball to gift the visitors an opening penalty-kick goal, slotted away by Jason Holt.

The Hoops stormed back to level through Callum McGregor before Ryan Christie knocked in a quickfire second. Albian Ajeti claimed a third after the interval, but there was a jittery ending following a long-distance goal from Julian Serrano that flummoxed Vasilis Barkas.

Lennon was adamant an offer in the region of £14million for Ajer “wouldn’t cut it” and said any proposal would have to be far above that level to tempt the club to sell.

Asked on BBC Radio Scotland if any bids had been tabled for the versatile 22-year-old defender, Lennon answered: “Nothing. It’s disappointing on the day of the game that this comes out, because that can be unsettling for the player, but I thought, particularly second-half, he had a real strong game.

“We don’t want to sell him. I’m not convinced £14million would cut it, anyway.” 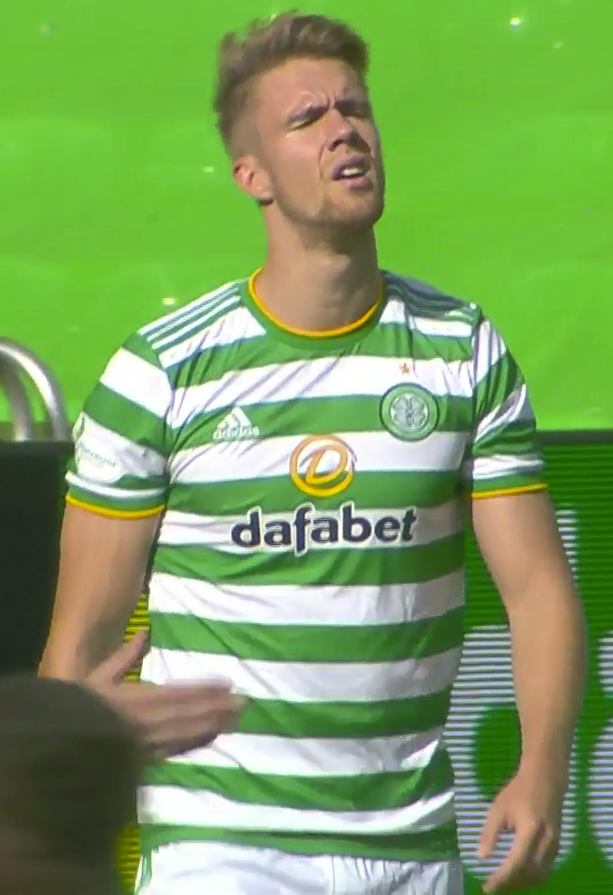 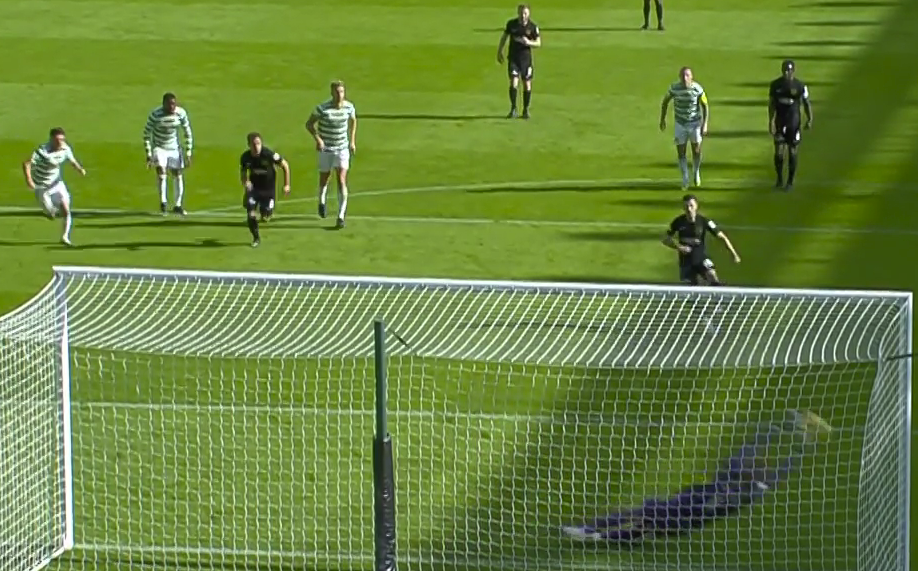 NO MISTAKE…Jason Holt fires his penalty-kick beyond Vasilis Barkas.

Reflecting on the ref’s refusal to award a spot-kick and then giving one to Gary Holt’s side within a minute riled the Hoops boss.

He added: “I’m not happy about both the decisions, really. I thought we could have had a penalty quite easily, and then it’s debatable whether Livingston’s is a  penalty, but we reacted very well.

“We scored two brilliant goals – and then the third goal, you’re thinking 3-1, we’re very, very comfortable in the game, in control, and then we made a couple of changes to freshen things up because it’s been a tough week for them.

“And then we concede a poor goal from our point of view. Too easy. Good strike from Serrano, but we should have dealt with it earlier.

“I’m happy we created chances. We scored three really good goals and could have been more.

“We conceded another penalty, that’s a source of frustration. We just need to tidy up on a few things defensively.

“Going forward, I thought we were purposeful and scored some lovely goals. If there had been a crowd here they would have really appreciated it. I certainly did.

“Some of the performances – McGregor, Ntcham, Ajeti played very well, Christie played well – it was a good performance.

“I think the scoreline probably doesn’t reflect our performance. There are areas we can improve on, but we’ve won six out of seven now and we’re top of the league, so I can’t ask any more from the players in what’s been a heavy week for them.