Celtic Quick News on News Now
You are at:Home»Latest News»BIZARRE: THE FACT THAT WILL ASTOUND EVERY CELTIC FAN
By CQN Magazine on 21st April 2021 Latest News

CELTIC can complete a miserable Premiership campaign with MORE points than the Brendan Rodgers team that won the title in 2017/18 in the double treble season.

In a cataclysmic crusade beset with bizarre twists and turns, none surely can be more mindboggling than that fact.

If the Hoops manage to win their remaining four league games – starting with Aberdeen at Pittodrie tonight – they will complete the term on 84 points.

Remarkably, that will be TWO more than the club managed when they celebrated their seventh successive championship in what was hoped would lead to the historic ten crowns in a row.

That dream was derailed following some inexplicable displays and inexcusable results which led to Neil Lennon leaving the manager’s job in February. 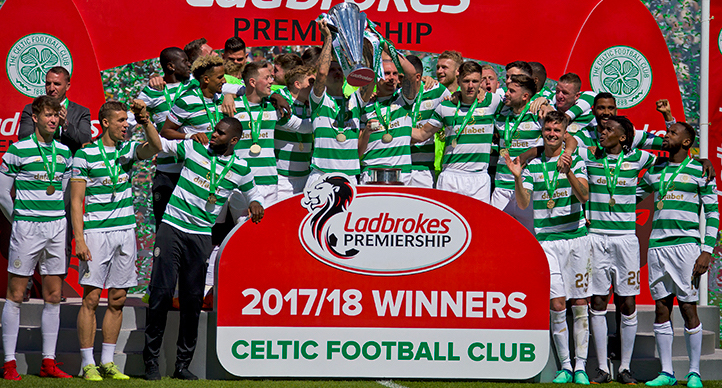 CHAMPIONS…Scott Brown holds aloft the title trophy for the seventh successive season in 2018.

However, the fact still remains that this squad that will be torn apart in the summer can still achieve a better points total than the much-vaunted team three years ago that also won the Scottish Cup and Betfred League Cup, beating Motherwell 2-0 twice in the Hampden silverware showpieces.

Rodgers saw his team win 24 games, lose four – against Hearts, Kilmarnock, Hibs and Aberdeen – while drawing 10. They scored 73 goals and conceded 25 with a goal difference of 48. They completed the league campaign with 82 points.

Lennon and interim manager John Kennedy have witnessed the side win 21 games, lose the identical amount – to Steven Gerrard’s team twice, St Mirren and Ross County – while drawing nine. They have netted 72 goals, conceded 24 with the same goal difference of 48. They sit on 72 points – 20 adrift of the Ibrox side who have won their first title in a decade. 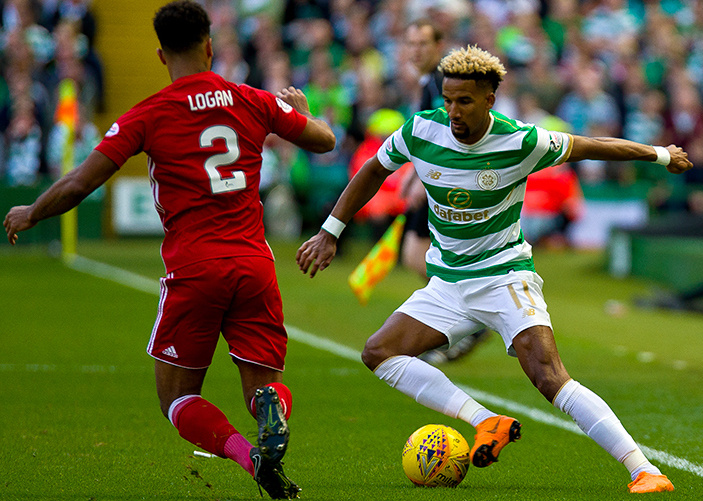 ON THE MOVE…Scott Sinclair takes on Aberdeen defender Shay Logan in the last league game of the triumphant 2017/18 campaign.

In 2018, Aberdeen were runners-up with 73 points – nine adrift – while the Ibrox club were third on 70. The Dons beat Rodgers’ line-up 1-0 on the last day of the season when it didn’t matter although no-one was too happy to see a strike from Andy Considine inflict the team’s only league loss at Parkhead.

After the Dons tonight, Celtic travel to Govan on May 2, host St Johnstone 10 days later and bring the curtain down on a disappointing term against Hibs at Easter Road on May 15.

Astoundingly, four consecutive triumphs would see this side better Rodgers’ flag winners in the Irishman’s second season in charge.