Celtic Quick News on News Now
You are at:Home»Latest News»CARRY ON, EDDY
By CQN Magazine on 21st April 2021 Latest News

ODSONNE EDOUARD will be told to carry on taking Celtic’s penalty-kicks, despite two fluffed identical efforts in a wretched campaign.

With four games of a disappointing season to go, interim manager John Kennedy sees no reason to change the taker. If the Hoops are awarded a spot-kick against Aberdeen at Pittodrie tonight, the Frenchman will again be handed the responsibility.

Edouard blew the chance at Ibrox on Sunday when the Parkhead men won a penalty after Leigh Griffiths was shoved by Joe Aribo with 10 minutes to go.

A goal at that time – with the visitors 2-0 down – could have thrown the team a lifeline, but the striker feebly hit his attempt too close to Allan McGregor’s right hand and the Govan keeper made a comfortable save. 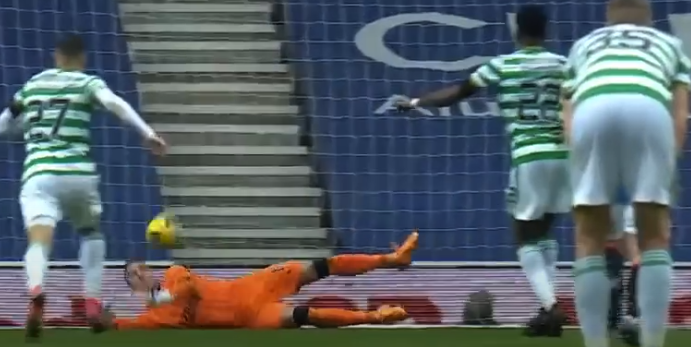 It was an action replay of Edouard’s timid effort against St Mirren in Paisley in September last year as the Hoops came back to win with goals from Shane Duffy and James Forrest. With the game balanced at 2-1, Ryan Christie was sent crashing to bring the spot-kick.

The flamboyant frontman was too lethargic with his shot and Bobby Zlamal pushed it away to safety. Shortly afterwards, the former Paris Saint-Germain forward was hauled off by an exasperated Neil Lennon.

Edouard has converted six this season and asked if the 23-year-old marksman will continue with the penalty-kick duties, stand-in gaffer Kennedy, speaking to The Scotsman, answered: “He will be, yes. He’s scored big goals in massive games for us and he’s a top, top player.

“The very best players miss penalties, unfortunately. At the weekend, he didn’t hit his well, but that’s part of football, and you can’t criticise the guy just for that.”